Kazakhstan loses over $40 billion due to SME slowdown

As of November 1, 2019, the number of operating SMEs amounted to 1.3 million. In total, enterprises produced products worth 26.5 trillion tenge. As a result, the share of SMEs in GDP reached 28.5%. By 2025, it is planned to bring the indicator to 30-35%, which will strengthen the influence of the private sector on the country’s economy. However, the state needs new mechanisms to stimulate entrepreneurship, as the dynamics of SME development in recent years has slowed significantly, an analysis made by Finreview.info information and analytical site. 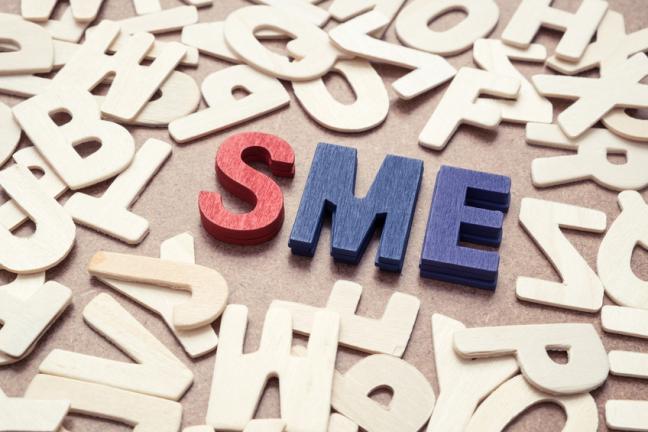 Small and medium-sized businesses, which are an independent sector of a market economy, have a significant impact on the country’s socio-economic growth. Its development accelerates the diversification of economic sectors, creates a healthy competitive environment, stimulates innovation, and provides the market with new jobs and increases the share of the self-employed population. At the same time, small business does not require significant support measures from the state, and its flexibility and mobility make it possible to quickly adapt to changes in the external environment. Of course, this has a positive effect on the market economy, facilitating its adaptation to changes in market conditions.

In Kazakhstan, the number of operating small and medium-sized enterprises over the past ten years has shown pulsating dynamics with an interval of growth from -11% to 34.4%. At the same time, the maximum increase was recorded in 2015, however, it is mainly associated not with a quantitative increase in subjects, but with a change in the methodology for determining the dimension of SMEs. As a result, the number of small enterprises increased by more than 2 times, while the number of medium-sized enterprises, on the contrary, decreased.

As of November 1, 2019, the number of operating SMEs amounted to 1.3 million, which is 9.6% more than a year earlier. Thus, there are approximately 12 SMEs per thousand inhabitants of Kazakhstan.

In the regional context, the leader is the city of Almaty, where 190.2 thousand entities operate. In second place is the Turkestan region – 141.6 thousand. The capital closes the TOP-3 regions with a population of 133 thousand units. At the same time, the largest increase was recorded in southern Kazakhstan – in the city of Shymkent the indicator was 20.9%, in the Turkestan region – 13.4%.

The main form of doing business in Kazakhstan is traditionally individual entrepreneurship, its share is 65.2%, and in quantitative terms – 876.1 thousand. The average annual growth in the number of individual entrepreneurs over the past ten years has amounted to 7.4%, slowing down the pace of dynamics in 2016 due to an updated methodology for determining ownership. It is important to note that a significant part of them are self-employed, the accounting of which in the form of individual entrepreneurs is aimed at reducing the level of the country’s shadow economy.

The highest average annual growth of 19.1% is demonstrated by legal entities of small business. This year, their number has reached 253 thousand entities. The subjects of medium-sized enterprises, as well as peasant or farm enterprises, are less actively developing; their number on average increases only by 1.7% and 1.8% per year, respectively.

Moreover, since 2012, the number of medium-sized businesses has been declining annually by an average of 14.2%. As of the end of October 2019, their number decreased by 122 units compared to the same date in 2018 and amounted to 2,510 entities. On the one hand, these statistics demonstrate a worsening situation on the Kazakhstani market. However, given that almost half of medium and large enterprises are either state-owned or associated with it, a decrease in their number is aimed at stimulating the competitiveness of the economy at the expense of private business.

The most popular type of activity of legal entities according to the results of the eight months of 2019 is wholesale and retail trade. A third of entrepreneurs or 130.4 thousand entities are employed in this area. Following trade, the construction industry is very popular – 59 thousand legal entities function in it. TOP-3 also includes professional, scientific and technical activities, in which 30.1 thousand entrepreneurs are involved.

The current structure of SMEs is not conducive to the development of the services sector as a whole. Contribution to general economic indicators is significantly lower than in most not only developed, but also developing countries. The share of SMEs in Kazakhstan’s GDP for the first ten months of 2019 amounted to 28.5%. In developed countries, SMEs form at least half of GDP.

Small output of SMEs remains low, despite annual growth of an average of 21%. In 2018, its indicator amounted to 26.5 trillion tenge, of which 44.4% (or 11.8 trillion tenge) fell on the cities of Almaty and Nur-Sultan. As a result, the gross value added of SMEs, that is, the difference between the cost of manufactured products and the cost of products fully consumed in the production process, amounted to about 8 trillion tenge. In other words, 8 trillion tenge is the amount added during the processing of the initial resources.

The slowdown in the development of SMEs in Kazakhstan, especially after the financial and global crises, is due to the transition from the agricultural economy, which formed a third of Kazakhstan’s GDP at the beginning of the country’s independence, to an economy based on the extraction of mineral resources. As a result, this led to the concentration of SMEs in low-profile areas, since access to more profitable sectors is limited by high barriers in the form of a lack of financial resources, qualifications, innovative developments, and high competition with more stable entities.