Kazakhstan has joined the select number of countries that have produced and made available their own COVID-19 vaccine, as President Kassym-Jomart Tokayev tweeted on Friday, April 23, that the first batch of QazVac vaccine had been despatched to several regions of the country, reports Strategy2050.kz citing Euractiv﻿. 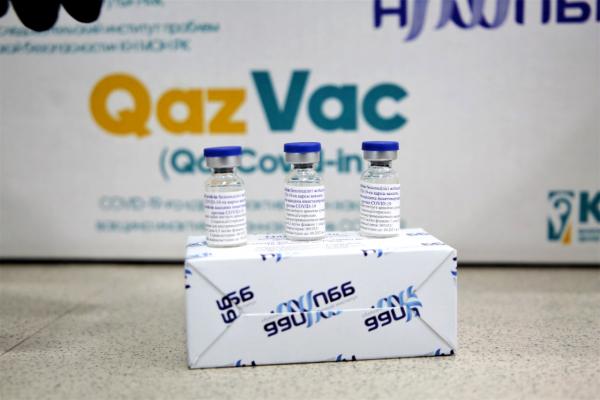 “Vaccine production will be increased to make it available to all citizens. Kazakhstan has become one of the few states that have created their own vaccine. I thank the scientists and all the specialists who participated in its development”, the president said.

Last October, it was Tokayev who gave instructions about the development of the country’s own vaccine.

The arrival of QazVac is a strong indication of the Central Asian country’s scientific and industrial potential. Apart from Cuba, all the other countries that have developed COVID-19 vaccines, including the United States, the United Kingdom, China, Russia, and India, have significantly larger economies and population sizes.

The QazVac (QazCovid-in) vaccine is a product of the Research Institute for Biological Safety, according to the prime minister’s press service.

Deputy Prime Minister Yeraly Tugzhanov, who took part in the shipment of the first batch of QazVac in the Zhambyl region, was quoted as saying that the creation of the vaccine allowed Kazakhstan to become one of the few countries in the world that had developed their own anti-coronavirus vaccines, proving the strong potential of domestic science.

The first 50,000 doses of QazVac vaccine will be distributed among pharmacy hubs and delivered to all regions of the country. Vaccination with QazVac is expected to kick off on 26 April.

It can be stored at temperatures of between 2 and 8°C, making it easier to transport and store for up to one year in a freezer.

Kazakhstan has a relatively low number of COVID-19 cases, possibly as the result of stringent measures. On Friday, the number of cases totaled 300,733, with 3,512 deaths, while some 257,278 people have recovered.