Kazakhstan is an anti-pandemic model for Central Asia

The Washington Time praised Kazakhstan’s efforts in the fight against coronavirus and called it an anti-pandemic model for Central Asia. Preventing the coronavirus spread and financial support for healthcare workers were a priority, Strategy2050.kz reports. 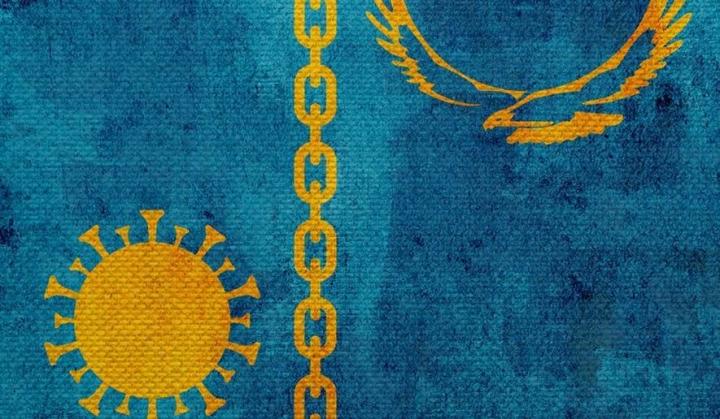 The novel coronavirus has spread throughout the world and Kazakhstan has been no exception. This has been a difficult time for many, many people. Some have lost their incomes and their jobs, at least temporarily. Others have had their lives completely disrupted. In response, the government has taken many steps to protect its citizens from the infection and to help them overcome the economic challenges caused by the virus-related shutdown. In doing so, it has become a leader in the entire Central Asian region.

President Kassym-Jomart Tokayev has worked hard to prevent the spread of the disease and to support Kazakhs economically. To date, both these efforts have largely worked. The COVID-19 pandemic is not growing exponentially in Kazakhstan as it is elsewhere in the world. Its actions have gotten positive reviews from the World Health Organization and other international experts.

The reason? The government acted quickly from the start. Tough quarantine measures were put into place early on. Public transportation was suspended, most organizations and institutions switched to remote operations, and streets and residential facilities were disinfected on a regular basis. Affected citizens received the care they needed in a timely way. These actions have significantly slowed the spread of the virus in the country.

On the economic front, the government prioritized financial support for medical workers on the front line of the fight. It has also been working to support other categories of medical workers as they work to keep the broader population safe.

Mr. Tokayev has taken several steps to preserve social and economic stability and provide citizens with basic needs and income. His primary objective has been to ensure that no one is left behind during the crisis.

So far, more than 4.5 million people have received financial assistance from the government. Food and household products are being distributed to more than 1 million people. Utility rates have also been reduced. In addition, more than 2 million citizens and 11,500 small- and medium-sized businesses have received a deferral of their loan repayments as well as additional loans totaling more than 360 billion tenge ($850 million).

Many small- and medium-sized businesses have been in a difficult situation throughout this crisis. The government has been committed to helping them survive so they can restart as the reopening of the economy begins. This is part of the so-called Employment Roadmap. For example, more than 700,000 companies and individual entrepreneurs got tax incentives to help them through. This allowed them to save about 1 trillion tenge ($2.3 billion). Funds have also been allocated for lending to small- and medium-sized businesses at affordable rates. Thankfully, more than 1.1 million people have returned to work. More will hopefully soon follow.

Kazakhstan has also been a regional leader during this crisis. Just recently, Kazakhstan has focused on humanitarian relief by providing food and supplies to our neighbors Kyrgyzstan and Tajikistan. This includes 5,000 tons of flour for each country. We understand the importance of this kind of support and want to help as many people as we can in this unprecedented time.

Saving lives has been and will continue to be the driving principle behind the government’s actions. The government is communicating clear and consistent guidelines for the reopening in certain regions. A measured and responsible approach will ensure the economy can begin reopening while keeping the risk to people’s lives low.

As this transition occurs, the president has made clear that the rules of social distancing will still apply. Financial support by the government for the people will continue, too. Income and food assistance will be available longer if necessary.

Kazakhstan is rightly proud of how it has managed this crisis. Its example is being replicated throughout Central Asia with the support of international experts. Its support of its neighbors in need is also an important example for the world. Kazakhstan is leading the way carefully, strategically, humanely.