The 4th Meeting of Speakers of Parliaments of Eurasian Countries dubbed “Greater Eurasia: Dialogue.Trust.Partnership” has taken place in the Kazakh capital,  Nur-Sultan, merging parliamentary delegations from 65 countries of Europe and Asia and representatives of 14 international parliamentary organizations to hold discussions regarding the approbation of new partnership models based on a joint and collective decision on the emerging tensions among countries as well as the combat against common challenges, Strategy2050.kz informs. 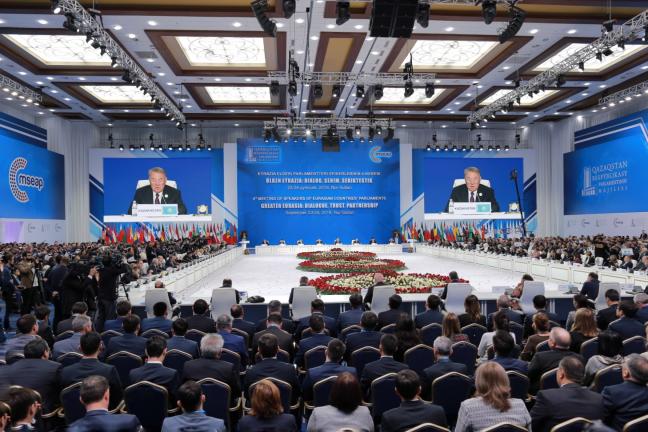 The Meeting has been opened by Chairman of the Mazhilis of the Kazakh Parliament Nurlan Nigmatulin.

“The geography and number of participants of the Meeting grows each year. Today’s Meeting is the most representative one turning Nur-Sultan into a true parliamentary capital of Eurasia”, the Mazhilis Speaker said.

He outlined the role of the first Kazakh President in this Eurasian project. 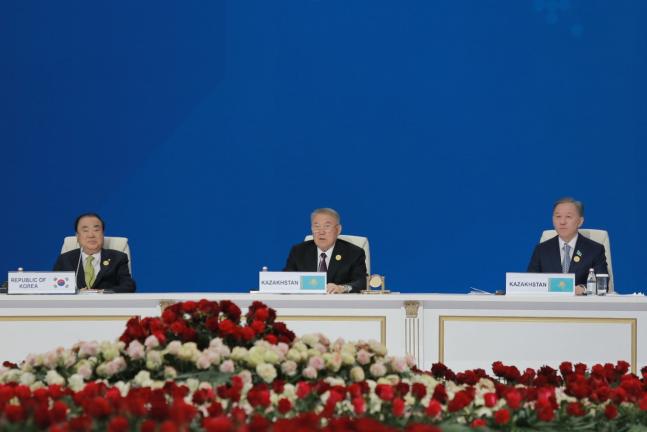 “Certainly, the participation of the author and initiator of the Eurasian project, first Kazakh President – National Leader Nursultan Nazarbayev gives the Meeting great importance”, he said.

The 4th Meeting of Speakers of Parliaments of Eurasian Countries comes at the 25 years of the idea of First Kazakh President – National Leader Nursultan Nazarbayev’s about the Eurasian integration.

According to National Leader Nursultan Nazarbayev, the Meeting’s theme is in line with the policy Kazakhstan has been following for 10 years.

He expressed gratitude to those present and spoke of the path Kazakhstan had followed. 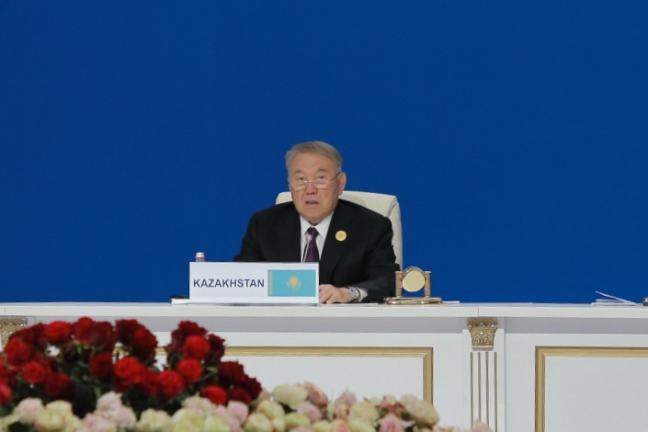 “Each and every one is interested in the Meeting’s results orientation. We have come a long way tackling the inflation rate of 3000%, the economic meltdown, the production cut-off. The building of a market economy helped us enter the list of top 50 countries, the GDP has grown 18 times and the unemployment level has fallen 10 times since then”, Nursultan Nazarbayev said.

At the 2018 ASEM Forum and 2nd One Belt – One Road Forum held in Beijing the First Kazakh President called for dialogue between Russia, China, the USA and the EU – the nuclear powers.

“Today, the planet has once again come close to a dangerous brink. If World War III ever breaks out with the use of mass destruction weapons, it can bring to an end our civilization. There has been the strong demand for conflict-free existence, to live without fears and with faith in tomorrow, our children and grandchildren’s future. Under these circumstances, all inhabitants of the Earth need to actively fight for nuclear disarmament and protect life of the planet”, Nursultan Nazarbayev said.

According to the First Kazakh President, the tensions and distrust among those countries bother the entire world.

“I am certain that those countries are aware of their special responsibility for the future of humanity, for global stability and security. Their political leaders have to commit the will, find ways to ease the tensions on Earth. This is possible only through dialogues”, he said.

Nursultan Nazarbayev went on to say that such a proposal was favoured by many global players.

The Kazakh First President is among the firsts to stand up for a world free of nuclear weapons.

The panel session, bilateral meetings held in the confines of the 4th Meeting of Speakers of Parliaments of Eurasian Countries have facilitated the exchange of the law-making experiences, the coordination of the efforts and the contribution to the well-being of the participating States. 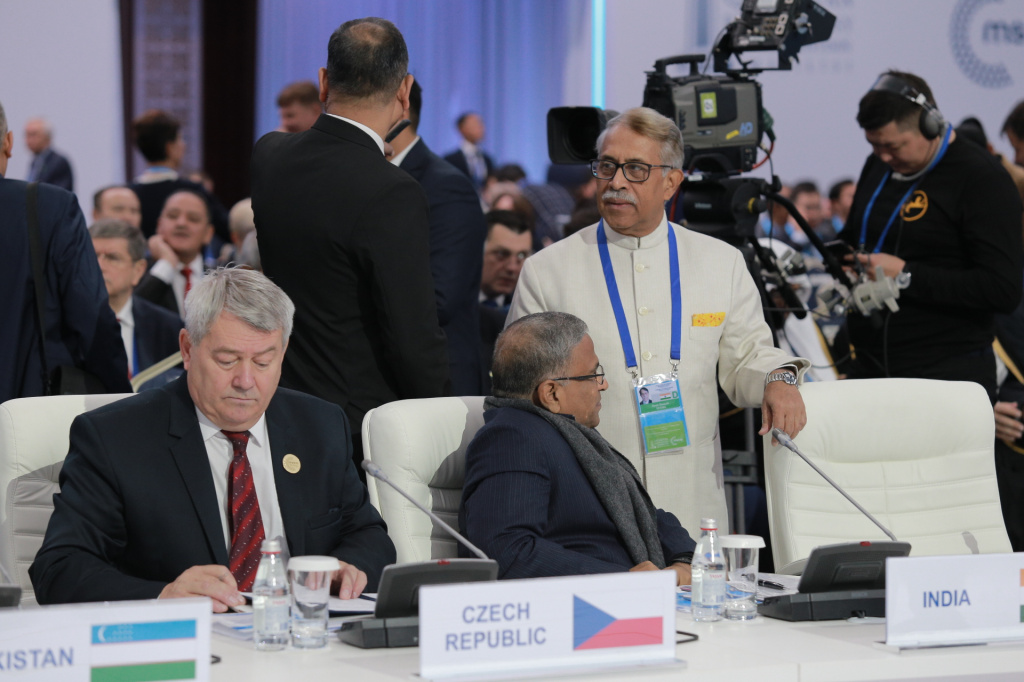 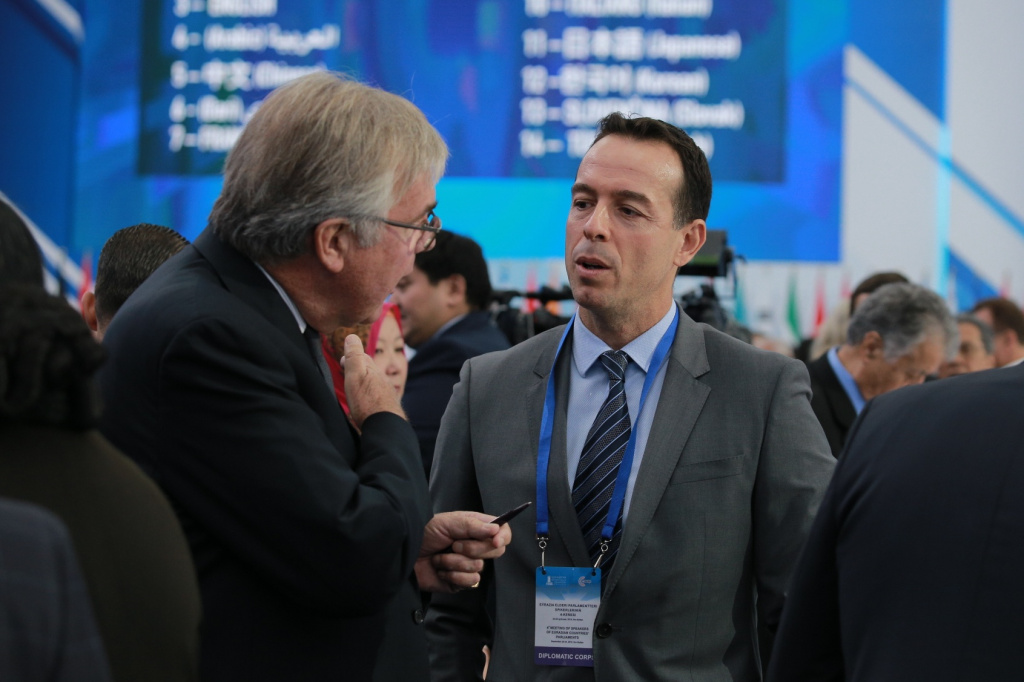 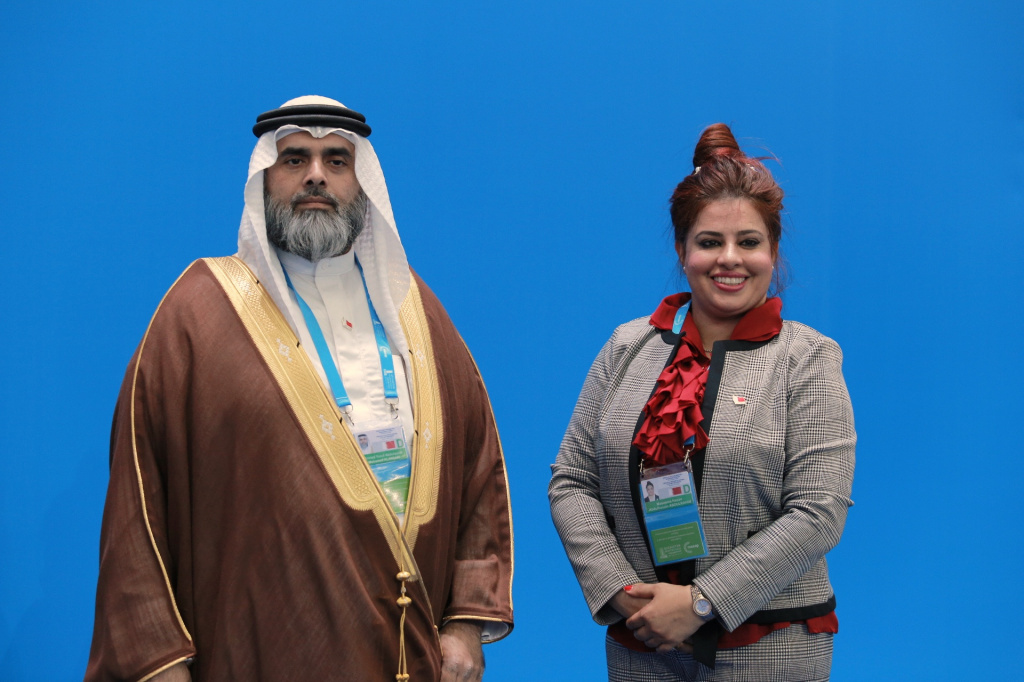 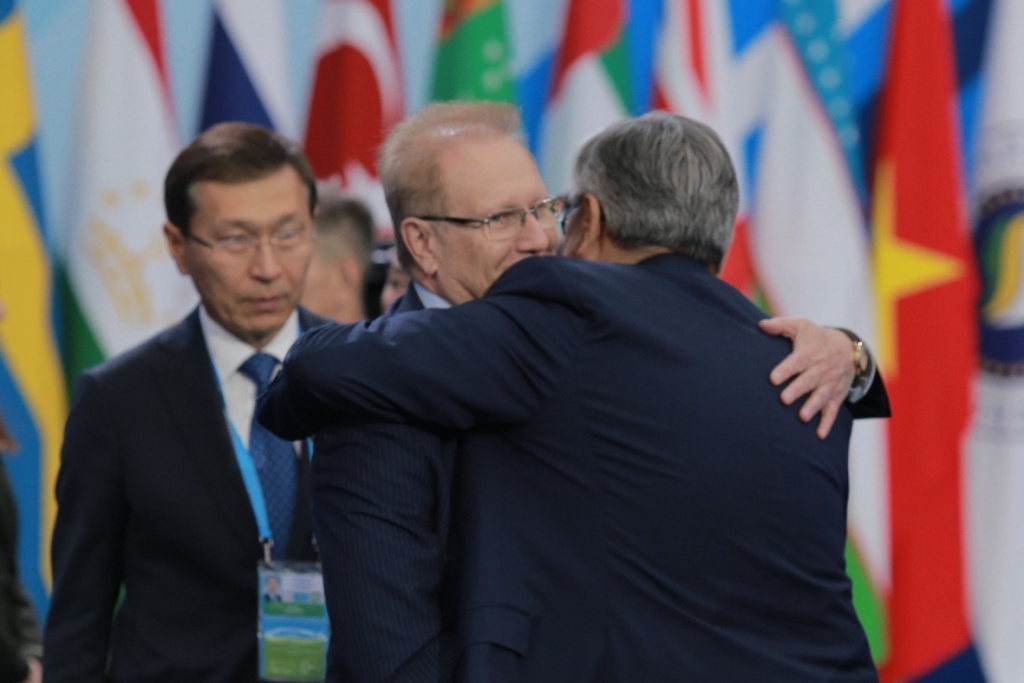 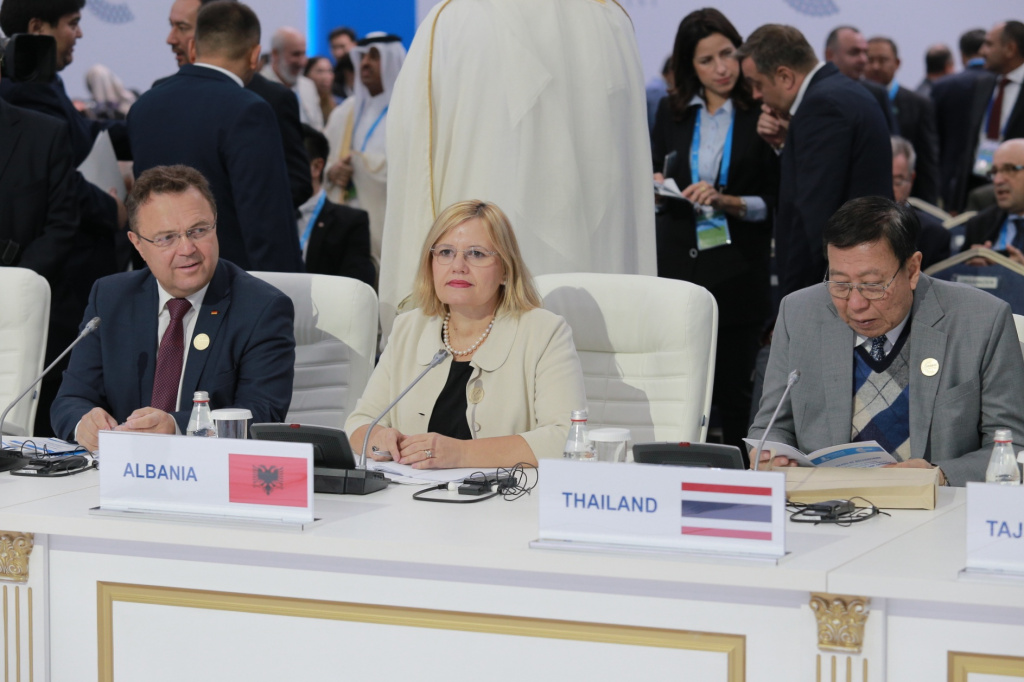 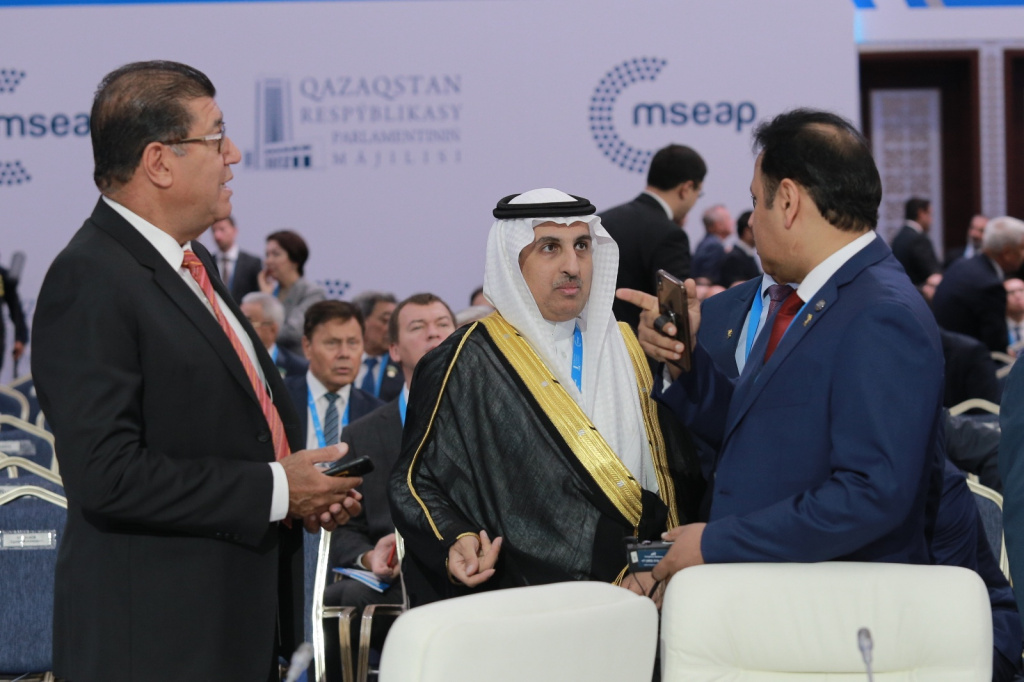 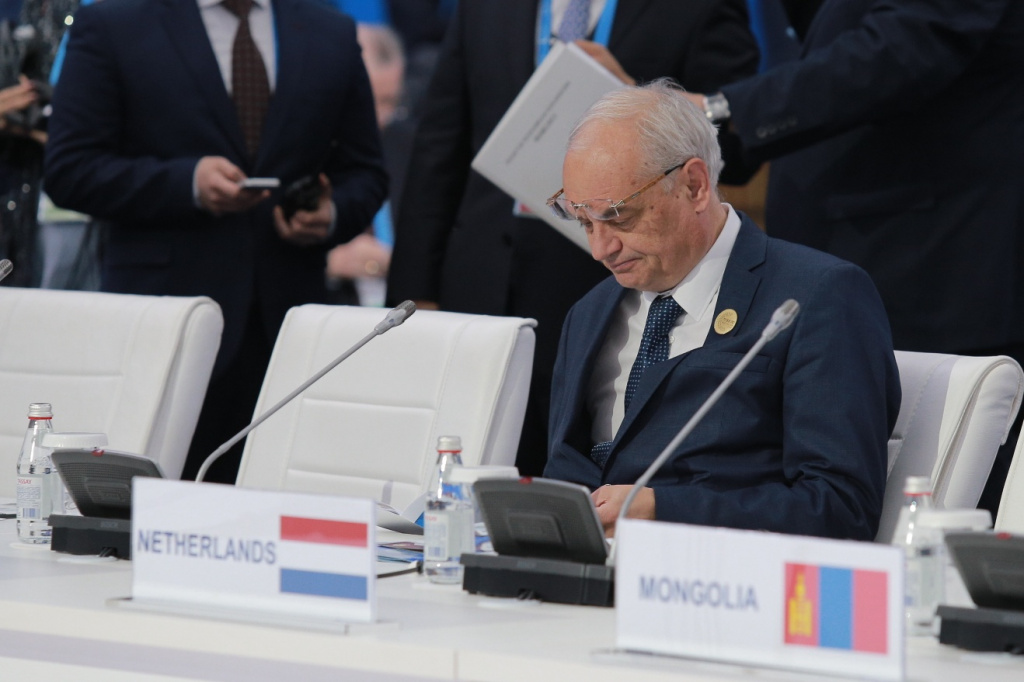 The previous meetings were held in Moscow, Seoul, Antalya.