The development of fair competition to stimulate business development has been on the national agenda since Kazakh President Kassym-Jomart Tokayev’s address to the nation delivered in September last year. The nation is currently developing the National Project to Develop Competition which has been presented to President Tokayev on Monday, March 29, reports a Strategy2050.kz correspondent. 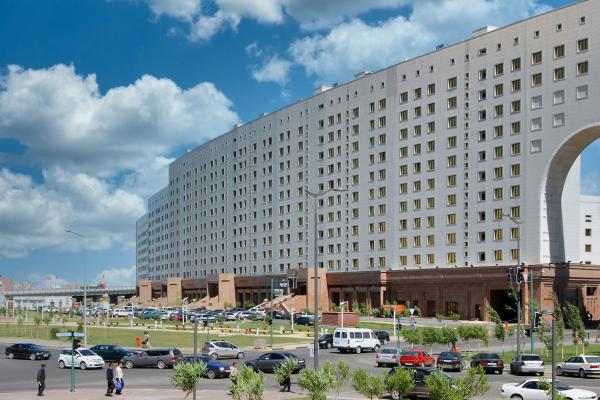 “Competition policy is becoming increasingly important. It is necessary to seriously diversify the competitive field, create truly equal opportunities for every entrepreneur and stop monopolising markets,” said President Tokayev in his address to the nation in September 2020.

The presence of private monopolies dominating the market deters private investments, which are crucial for the country’s economic development.

“The national project, comprising 33 projects, consists of two basic areas. The first is to provide access to key capacities, development of exchange trade, ensuring market access in the electricity, transport, communications, housing and utility sectors. And the second is the removal of barriers to enter the commodity markets of transport, communications, agriculture, utilities, healthcare, as well as measures to denationalise and reduce the share of public procurement from a single source,” said Rustam Akhmetov, First Deputy Chair of the Agency for Competition Protection and Development.

By 2025, the nation plans to bring the share of medium-sized enterprise in the gross domestic product to 15 percent of gross value added, while the cumulative economic effect is estimated at more than $6.1 billion ( 2.6 trillion tenge).

The document includes main areas that should shape the national policies in the development of competition.

They include the reduction of market concentration, administrative and economic barriers to entry into commodity markets, abolition of state price regulation instruments, implementation of state support measures to allow new market players, reduction of state participation in the economy, development of small and medium enterprises, expansion of exchange trade, ensuring equal access of businesses to procurement by state bodies and quasi-business entities as well as ensuring information transparency of market players with a dominant or monopolistic position.

There are also some factors that hinder the work.

Diversification of the economy is a priority, as such sectors, as energy, transport and communication are highly concentrated in the market.

The concept is currently available online for the public. The document is expected to be adopted by the end of this year.

New measures suggested in the document:

“Amid globalization of economic processes and innovation-based economy, competition takes a qualitatively new form, because the classical model of competition between individual market agents gives way to the competition of business systems formed around large companies - market leaders to create value for the consumer,” reads the document.

The document is therefore designed to bring the national criteria, norms and standards in competitive regulation to adapt to the rapidly changing realities.