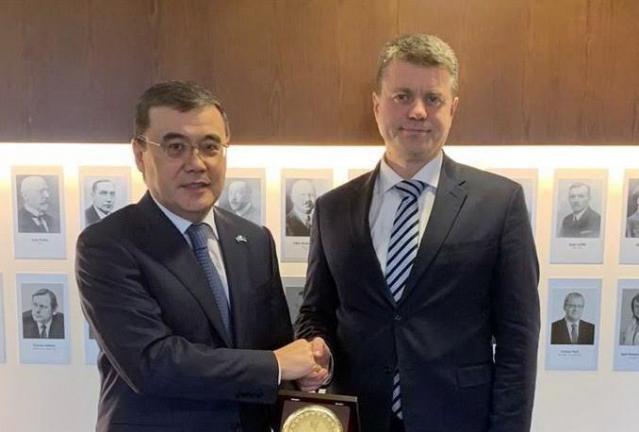 The meeting saw the topical aspects of bilateral cooperation and prospects for their development being discussed.

The Estonian foreign minister warmly welcomed the opening of the embassy, noted the high level and friendly nature of Kazakh-Estonian interstate relations, while the Kazakh ambassador outlined the main areas of effective cooperation, including digitalization, in which Estonia has achieved significant success, agriculture, transport and logistics, and the organization of educational processes.

The sides agreed to cooperate closely in order to lift bilateral relations to a qualitatively new level.