“The Kazakh Khanate. The Golden Throne” by Rustem Abdrashov, “Keeper” (“Shyrakshy”) by Yermek Tursunov, as well as “Personal Growth Training” by Farhat Sharipov participate in the Asian World Film Festival, which is taking place in Los Angeles, USA. All movies were shot at the “Kazakhfilm” studio named after Shaken Aimanov by the order of Kazakhstan’s Ministry of Culture and Sport, Strategy2050.kz refers to the press service of “Kazakhfilm”. 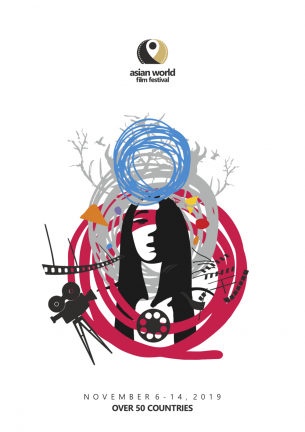 "This festival aims to show the best Asian cinema in Los Angeles and strengthen the ties between the film industries of Asia and Hollywood. This year, more than 50 Asian countries from Turkey to Japan and India will present films", the message reads.

“The Kazakh Khanate. The Golden Throne” is a movie version of the 2nd “The Kazakh Khanate” series and tells the story about the struggle for the Great Steppe and the formation of the Kazakh statehood. It should be reminded that this picture was officially nominated by Kazakhstan for the “Oscar -2020”.

“Keeper” (“Shyrakshy”) shows a story about a soldier returning from war. He has an old film projector with films, a gift from a rescued old German.

“Personal Growth Training” tells a story of a 40-year-old banking clerk, Kanat, who is experiencing a midlife crisis and realizing that he no longer dreams of anything and has long been expecting nothing from life. One day, the main character visits a personal growth training, where a coach teaches how to succeed and become a leader. In April this year for the first time in the history of Kazakhstani cinema, the film has received the Grand Prix at the 41st Moscow International Film Festival. Also earlier this year, the picture has been awarded the Grand Prix at the XV International Film Festival “Eurasia”.

The Asian World Film Festival was organized with the support of the Asian communities of Los Angeles and was created for people interested in foreign and independent cinema.