The Senate has hosted the final meeting of the Working Group to develop proposals to ensure the rights and improve the quality of life of persons with disabilities, the Senate press service informs. 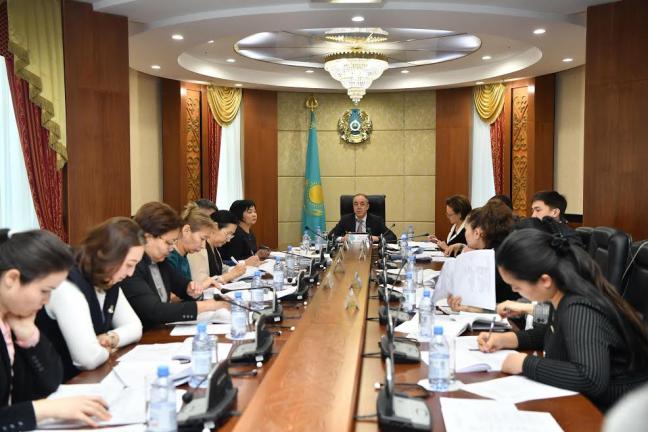 Under the chairmanship of Senator Nariman Turegaliev, the Working Group has held 6 meetings and 2 hearings over 2.5 months. In total, more than 80 proposals have been submitted. Some recommendations were withdrawn, others need to be finalized, while some will be considered by authorized bodies as part of legislative activity in 2020.

The work conducted helped to figure out that there is an insufficient number of rehabilitation centres and the mechanisms for early diagnosis of children with special needs are not fully implemented. The issue of barrier-free environment and access to education for children with disabilities is still relevant.

“Based on the results of the discussions, systemic problems have been identified, associated with the lack of interagency cooperation between both central and local government agencies. The Working Group has become a good dialogue platform for promoting legislative initiatives. We propose creating a unified national coordinating and consultative body for the protection of the rights of persons with disabilities,” Nariman Turegaliyev said.

The Group included deputies of the Senate of the Kazakh Parliament, representatives of central and local executive bodies, heads of state institutions of social and educational spheres, as well as persons with disabilities and representatives of non-governmental organizations.