The Kazakh Prime Minister, Askar Mamin, has received representatives of the France-Kazakhstan Chamber of Commerce and Industry headed by Gerard Fries, the Chamber’s President, primeminister.kz reports. 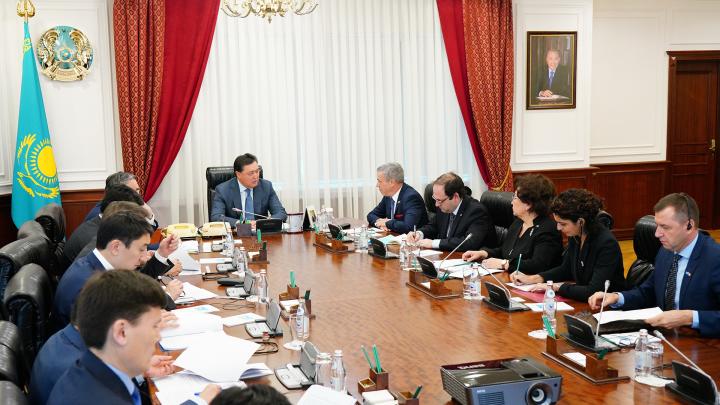 “France is one of the key partners of Kazakhstan in Europe. Investment, trade and economic cooperation between our countries is actively developing. French companies are widely represented in the energy, agricultural, engineering and other sectors of the economy of Kazakhstan,” the Kazakh premier said.

In Kazakhstan, about 230 enterprises with French capital operate in various fields, including such large multinational corporations as Total, Orano, Alstrom, and others. Over the years of independence, French companies have invested in Kazakhstan over $16.4 billion.

The prime minister and representatives of French companies discussed the issues of strengthening mutually beneficial cooperation between the business structures of the two countries and the implementation of new joint investment projects in Kazakhstan.

The meeting was attended by the Kazakh ministers of foreign affairs, energy, agriculture, ecology, geology and natural resources, the first vice minister of industry and infrastructure development, and the finance vice minister.