Kazakh President Kassym-Jomart Tokayev has received Russian Foreign Ministry Sergey Lavrov, who is on an official visit to Nur-Sultan, Strategy2050.kz informs with reference to Akorda. 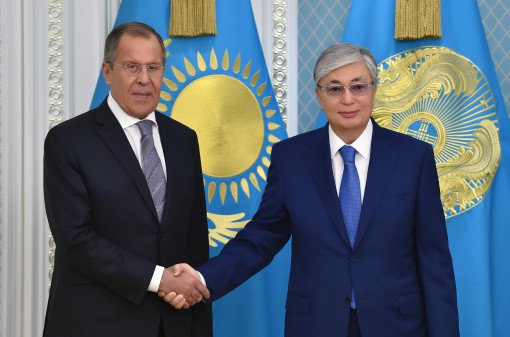 Both sides have had wider deliberations on the bilateral cooperation, as well as exchanged the views on the current issues of the regional and international agendas.

The Kazakh Head of State has stressed the significance of the visit to the bilateral relations, as well as shared his impressions of the Valdai Forum held in Sochi, which, according to him, was successful.

“There are no grave problems between our countries, which is normal for such partners as Kazakhstan and Russia. Our countries are strategic partners, seeking greater relations as allies,” Kassym-Jomart Tokayev said.

Sergey Lavrov told the Kazakh President about the implementation of the high-level Kazakh-Russian agreements, as well as the main outcomes of the talks between the foreign ministers of the two countries.

“We strongly believe that we are making concrete progress, the pace has been gained. We share the idea that the high-level pace of the development of our relations should be a safe guide for all the areas of cooperation,” the Russian foreign minister said.