Kazakh President Kassym-Jomart Tokayev had a number of bilateral meetings as part of the 74th session of the United Nations General Assembly, Strategy2050.kz informs with reference to the Akorda press service. 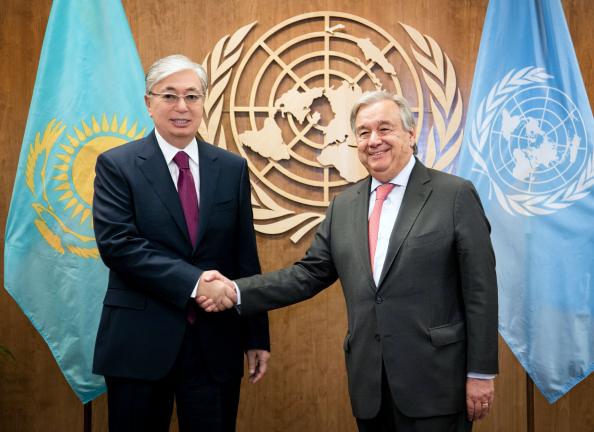 The Kazakh Head of State pointed out that the pivotal role of the United Nations is to ensure global stability and security, avert and settle international conflicts during the meeting. He also expressed his support for António Guterres’s active efforts to adjust the UN to the today’s realities.

The Kazakh President referred to this year’s theme of the UNGA “Galvanizing multilateral efforts for poverty eradication, quality education, climate action and inclusion" as topical. Following his words, Kazakhstan is strongly committed to carry out the UN SDGs by 2030 as they go hand in hand with the declared plans for further economic and social upgrading of the country.

In his turn, António Guterres appraised the current interaction of Kazakhstan with the UN system with regard to the implementation of the SDGs. Kazakhstan’s leading role in promoting the global anti-nuclear agenda, the considerable contribution to the global efforts in the regional conlicts’ settlement, including through the Astana peace talks on Syria.

He expressed his gratitude to Kassym-Jomart Tokayev for the May 2019 opening of the building of international organizations in Almaty, home to 16 regional representation offices of the UN.

The meeting also went over the prospects for the Kazakhstan-UN practical interaction, including the country’s broader participation in UN peacekeeping operations.

Both also exchanged the views on the current issues of global policy.

Kassym-Jomart Tokayev held a meeting with Jordan’s King Abdullah II, where they discussed the current state and prospects of bilateral relations. 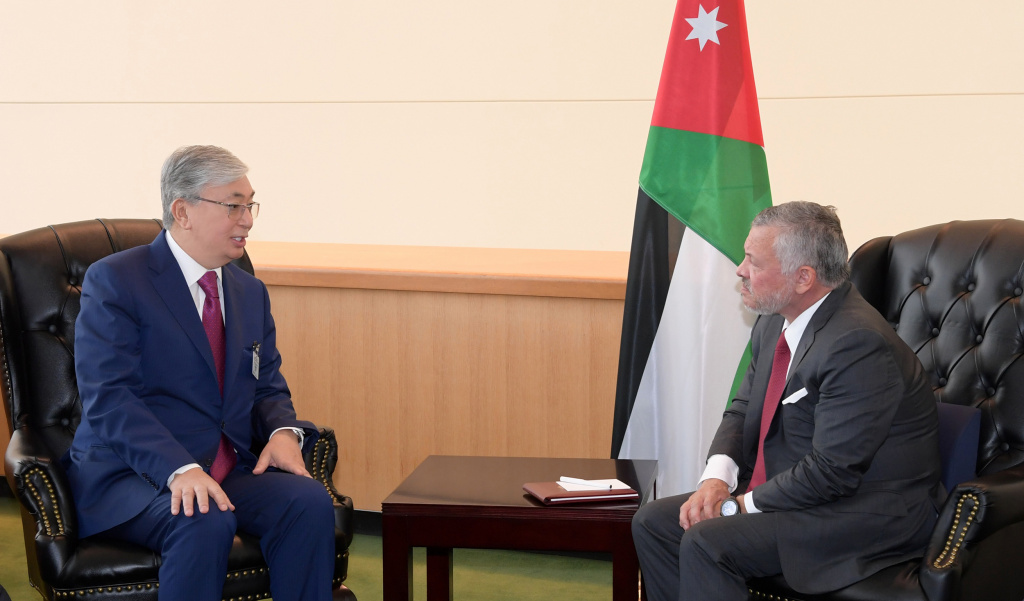 Tokayev expressed interest in expanding investment, trade and economic cooperation with Jordan. He also thanked Jordan’s King for his continued support for Kazakhstan's initiatives to strengthen the inter-religious dialogue.

The Kazakh Head of State had a meeting with Ukrainian President Volodymyr Zelensky, during which both sides exchanged mutual congratulations on the occasion of their election to the highest state posts. 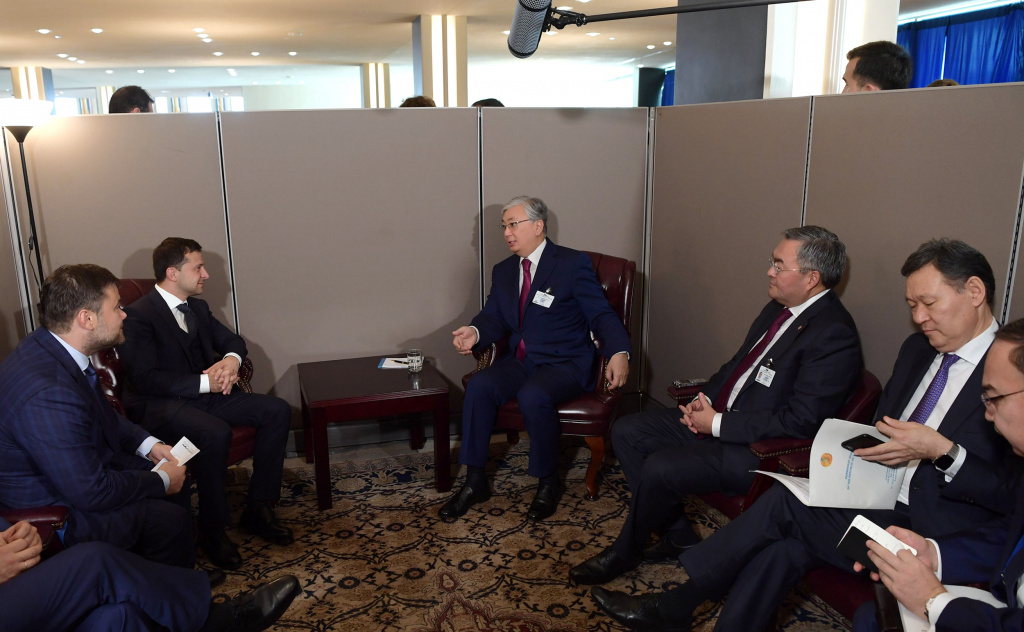 The Kazakh President emphasized the closeness and commonality of the two countries’ histories and future. He expressed readiness for further expansion of cooperation with Ukraine in the political, trade and economic dimensions, noting that there are great opportunities to that end.

Concluding the meeting, both Presidents invited each other to make mutual visits.

Kassym-Jomart Tokayev also held a bilateral meeting with Georgian President Salome Zourabichvili on the sidelines of the 74th session of the UN General Assembly. 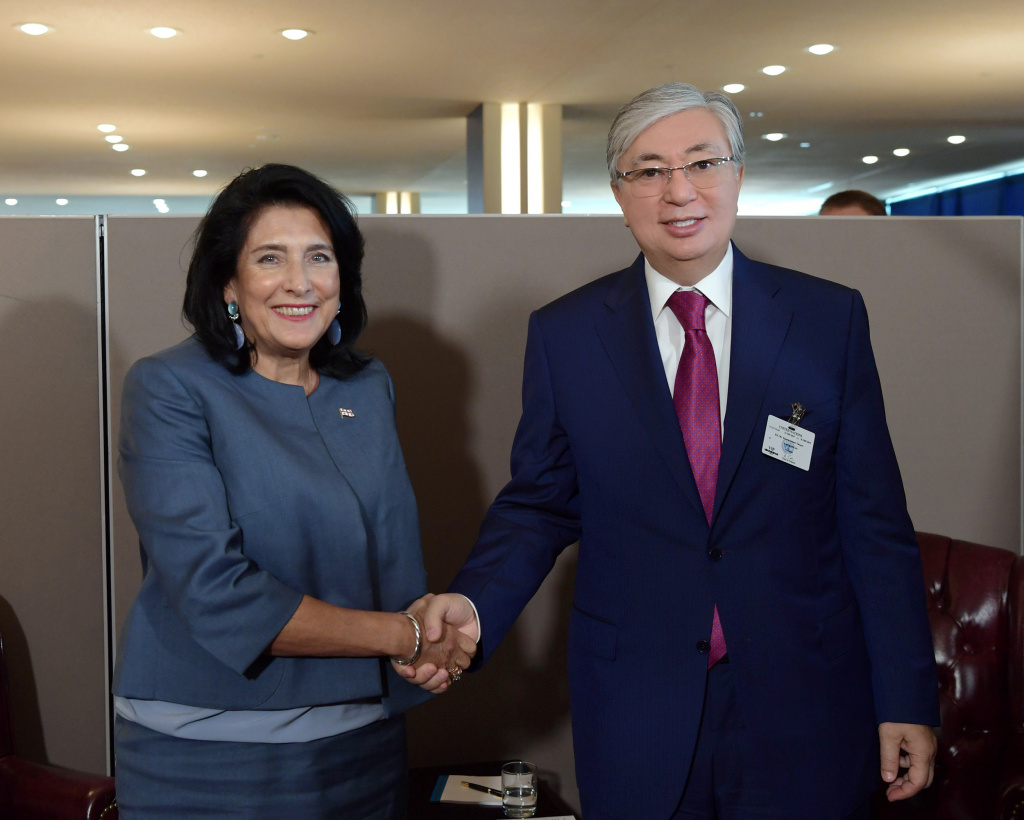 The Kazakh President noted the importance of joint work in the transport and logistics sphere, in particular, the implementation of freight traffic between the two countries using the Kazakh ports of Aktau and Kuryk.

In turn, Salome Zourabichvili thanked Kassym-Jomart Tokayev for the active participation of the Kazakh capital in investment and transport and logistics projects in Georgia.

The Kazakh President met with his Polish counterpart, Andrzej Duda. The meeting discussed the prospects for bilateral cooperation, including the cooperation with the European Union.

Kassym-Jomart Tokayev noted that the Kazakh-Polish summits within the framework of the UN General Assembly in New York have become a good tradition. As an example, he cited the meeting of Andrzej Duda with first Kazakh President Nursultan Nazarbayev in September 2015 as well as the personal participation of the Polish leader in a thematic briefing of the UN Security Council with the participation of Nursultan Nazarbayev in January 2018. 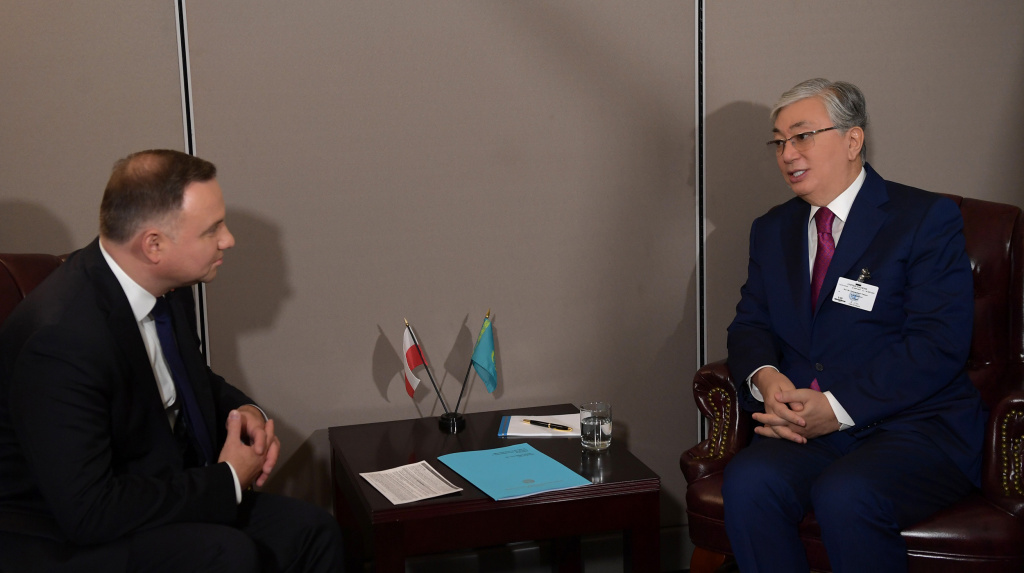 “In 2018, bilateral trade between our countries amounted to $ 1.2 billion. More than 100 Polish companies are active in Kazakhstan. A significant contribution to the development of our relations was made by abolishing the visa regime by Kazakhstan for Polish citizens as well as the launch of direct flights between Nur-Sultan and Warsaw in 2017”, the Kazakh President said.

In addition, the Head of State informed Andrzej Dude about the creation in Kazakhstan of the National Public Trust Board, a similar structure also operates in Poland under the leadership of the President. 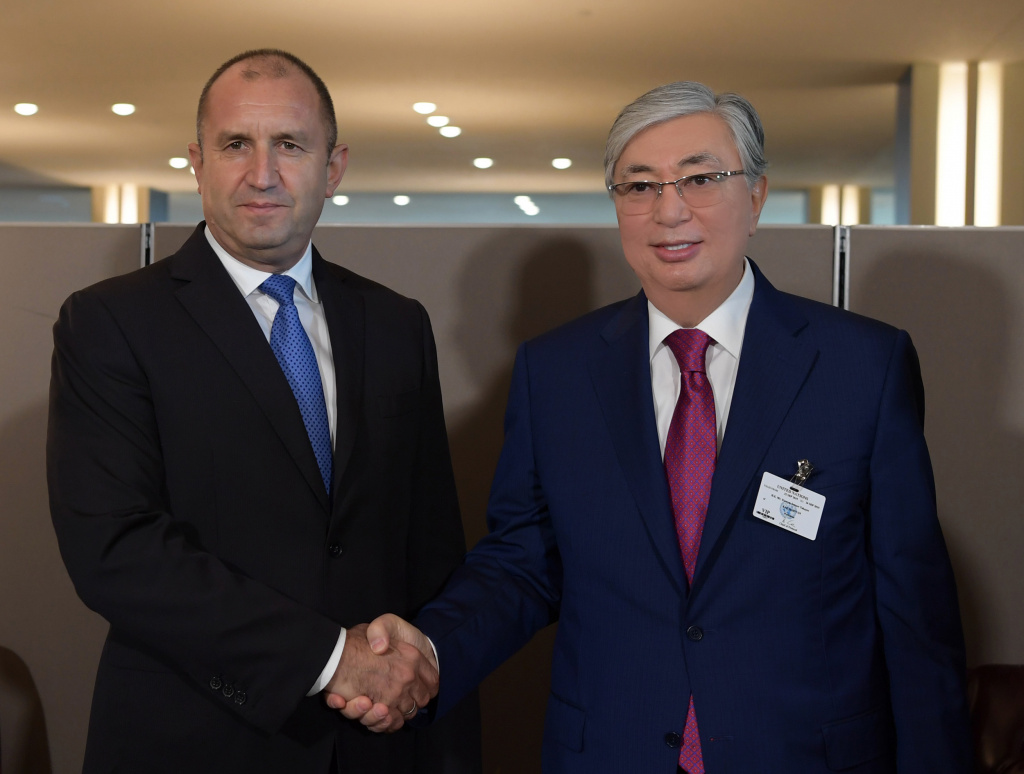 The leaders discussed the current state and prospects of strengthening bilateral cooperation in the political, trade, economic, cultural and humanitarian spheres.

The Kazakh President noted the constructive dialogue between the two States and reaffirmed our country's continued commitment to further progressive development of cooperation with Bulgaria.

“As you know, a decision was made to transform the diplomatic mission of Kazakhstan in Bulgaria into an Embassy. I am sure that raising the status of our office and appointing the ambassador will give a new impetus to the development of Kazakh-Bulgarian relations”, Kassym-Jomart Tokayev said.

The Kazakh Head of State also called on Bulgarian companies to work in Kazakhstan and subsequently enter regional markets.

At the end of the meeting, Tokayev invited Rumen Radev to visit Kazakhstan.

The Kazakh Head of State met with President of the Swiss Confederation Ueli Maurer, both considering a wide range of issues on the bilateral agenda.

During the conversation, Kassym-Jomart Tokayev noted the high level of Kazakh-Swiss cooperation. 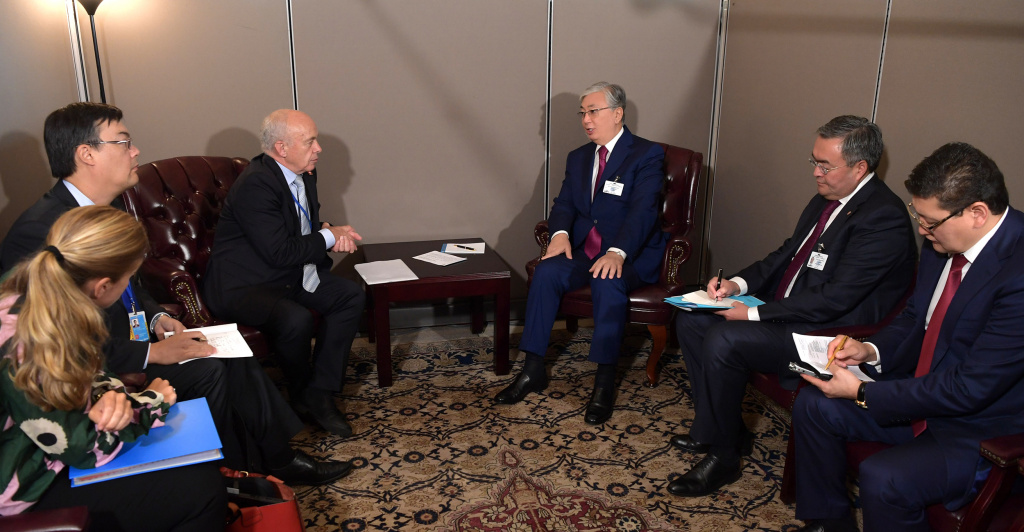 “Switzerland is one of the main partners of Kazakhstan in Europe in terms of bilateral trade and investment. Our countries are actively developing projects in the banking, construction and agricultural sectors”, the Kazakh President said.

Tokayev drew attention of his Swiss counterpart to the presence of a number of promising joint projects in the field of financial services, engineering, chemistry, pharmaceuticals, agriculture, the food industry and tourism.

At the end of the meeting, Kassym-Jomart Tokayev invited Ueli Maurer to pay an official visit to Kazakhstan this year.