All attention is now on Glasgow that is hosting the United Nations Climate Change Conference, also known as COP26, from October 31 until November 12, gathering nearly 120 leaders to outline their climate commitments. Kazakh Prime Minister Askar Mamin was one of them taking part in the World Leaders Summit on November 1, reports Strategy2050.kz. 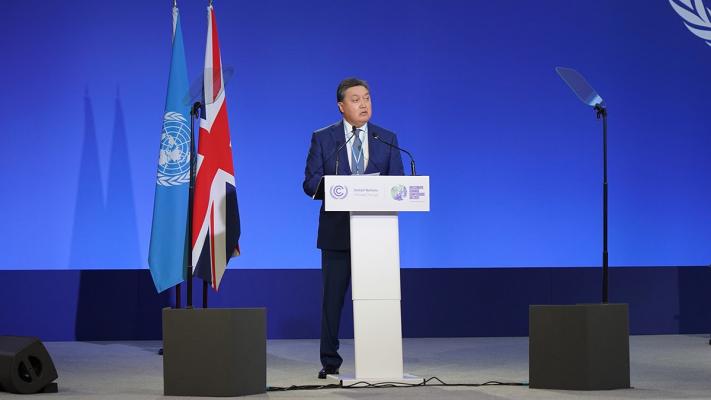 Mamin emphasized that Kazakhstan was one of the first countries in the world to ratify the Paris Agreement in December 2016. As part of its commitment under the agreement, Kazakhstan intends to reduce greenhouse gas emissions by 15 percent by 2030, and to achieve this goal Kazakhstan has updated the nationally determined contribution (NDC) and also adopted a new Environmental Code.

"Kazakhstan will increase energy from renewable sources five-fold from 3 percent to 15 percent, energy generation from clean sources two-fold from 20 percent to 38 percent. Carbon sequestration potential will be increased by planting over 2 billion trees by 2025. It is planned that the share of energy generated from coal will be reduced from 70 percent to 40 percent,” said Mamin.

At the Climate Ambitions Summit in December 2020, Kazakhstan's President Kassym-Jomart Tokayev announced the goal of achieving carbon neutrality by 2060. To achieve this goal, the Kazakh government is finalizing a strategic document – the carbon neutrality doctrine - that envisages significant reforms in all sectors of the economy, with a focus on energy, manufacturing, agriculture, forestry, transport, utilities, and waste management.

Kazakhstan plans to achieve carbon neutrality by improving the sustainability of land and water use, the energy efficiency of the economy, electrification, and large-scale use of environmentally friendly, including renewable energy sources. The government seeks to capitalize on the market mechanisms and private investments in its plans to reduce greenhouse gas emissions.

Mamin said Kazakhstan is ready to act as a Regional Climate Hub for Sustainable Development in Central Asia to unite the region’s efforts to ensure green economic growth through technology transfer, attracting green finance, exchange of knowledge and innovations at the Astana International Financial Center Green Finance Center and other regional organizations involved in the climate agenda.

As part of COP26, Kazakhstan joined the Declaration on Forests and Land Use, as well as the Commitment on Education and Youth Involvement.

“We, the leaders of the countries, emphasize the critical and interdependent roles of forests of all types, biodiversity and sustainable land use in enabling the world to meet its sustainable development goals; to help achieve a balance between anthropogenic greenhouse gas emissions and removal by sinks; to adapt to climate change, and to maintain other ecosystem services,” said the Declaration on Forests and Land Use.

Bilateral meetings as part of the visit 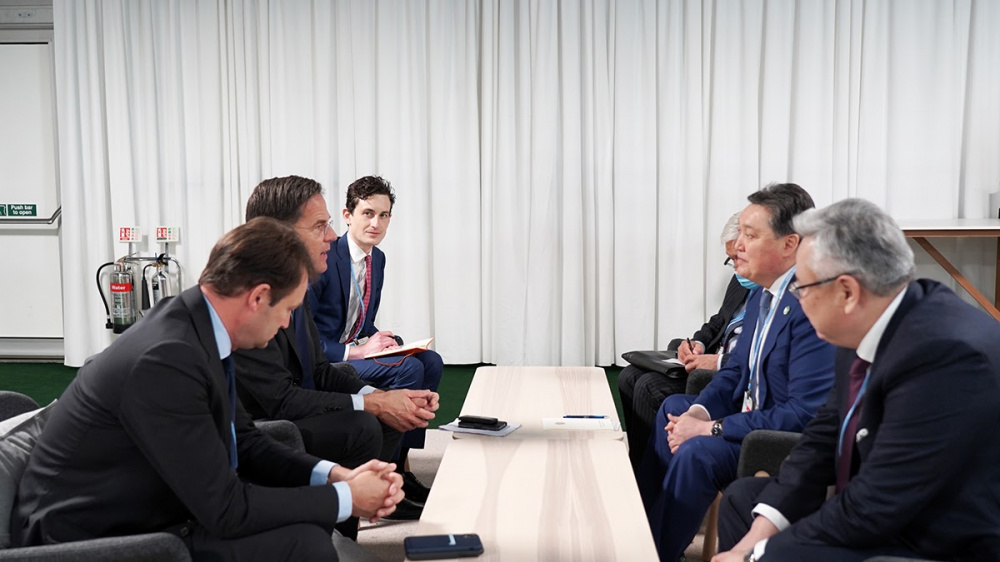 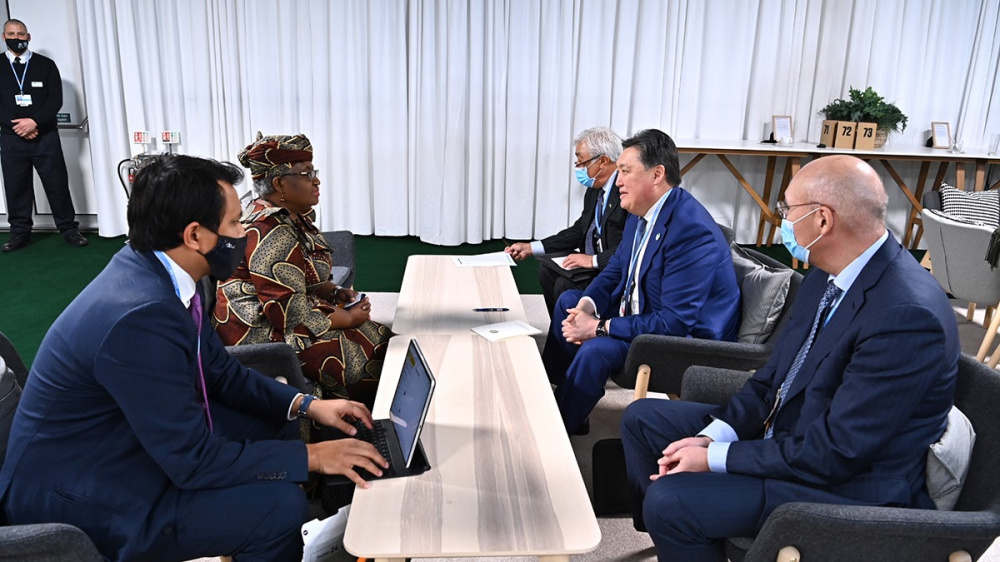 Kazakhstan and the United Kingdom also adopted a joint statement on strategic partnership and joint efforts to respond to climate change. The document envisions strengthening cooperation in environmental protection, decarbonization of the economy, boosting Kazakhstan's potential in the development of renewable energy sources, green financing, preservation of forests, and improvement of land use efficiency.

"In the 30 years since Kazakhstan gained its independence and established diplomatic relations, Kazakh-British ties have reached a strong partnership based on mutual trust, shared values, and effective cooperation," reads the joint statement.

“Friends, in each of our countries we are seeing the devastating impact of a changing climate. Floods, cyclones, wildfires, record temperatures. We know that our shared planet is changing for the worse. And we can only address that together, through this international system. And we know what we need to do,” said COP26 President Alok Sharma.

The latest Intergovernmental Panel on Climate Change (IPCC) Report in August was a wake-up call, he said.

All the hopes are for world leaders of some of the world’s top emitters to step up negotiations and take more urgent measures towards reducing carbon dioxide emissions and other greenhouse gases.

Experts predict that it could take 20-30 years for global temperatures to stabilize.

“In the coming decades, climate changes will increase in all regions. For 1.5°C of global warming, there will be increased heat waves, longer warm seasons, and shorter cold seasons. At 2°C of global warming, heat extremes would more often reach critical tolerance thresholds for agriculture and health, the report shows,” said experts.

But climate change is not only about temperatures, rather multiple other factors – increased water cycle, changing rainfall patterns, continued sea level rise, increased heat, and changes to oceans.

Developed countries committed to meeting the annual US$100 billion goal of climate finance a year and through 2025, to help the most vulnerable countries address climate change issues.

India and African countries will benefit from a package of guarantees worth $3 billion to support their climate-related projects and foster renewable energy use.

“The UK’s development finance institution, CDC, will commit to delivering more than £3 billion of climate financing for green growth over the next five years. This will include £200m for a new Climate Innovation Facility to support the scale-up of technologies that will help communities deal with the impacts of climate change. This is double the amount of climate finance CDC invested in its previous strategy period from 2017-2021,” said the official website of COP26.

As COP26 continues through November 12, the UN-led negotiations will aim to conclude the Paris Agreement commitments, set new national targets in countries’ effort towards reducing emissions by 2030 and reach net zero.