Kazakh government set a task to bring the economic growth to 3 percent in 2021, as Kazakh Minister of National Economy Asset Irgaliyev outlined economic prospects for 2021 at a government meeting on February 16, reports Strategy2050.kz correspondent. 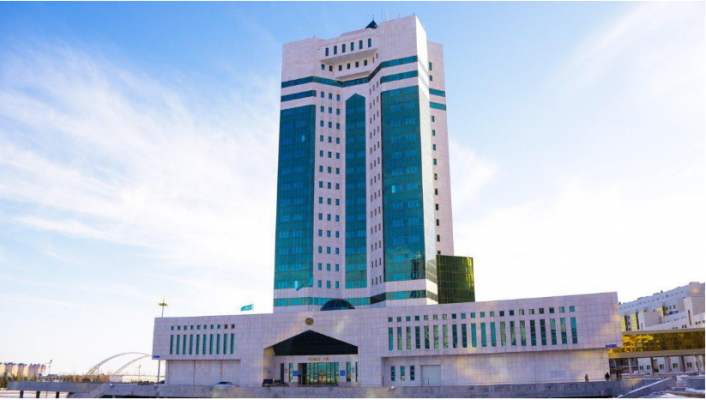 “Pandemic related risks remain despite the mass vaccination campaign. The loss of capital by the private sector in 2020 limits the prospects for a recovery in global trade this year. The record drop in investment flows last year will also inhibit potential global economic growth. The continued confrontation between the major world economies will lead to a further redistribution of the structure of global output,” said Irgaliyev.

The World Bank projects economic growth between 1.6 percent to 5 percent in 2021.

Real sector of the economy demonstrated a 3.6 percent growth, investments in fixed capital grew by 25.5 percent and annual inflation amounted to 7.4 percent.

Oil output went down by 12.3 percent due the OPEC agreement.

“High growth rates in mechanical engineering remained at the level of 16.2 percent, including the automotive industry - 21.2 percent, the production of chemical products - 12.8 percent, production of construction materials - 11.8 percent. The production of clothes  increased by 9.2 percent and pharmaceuticals by 4 percent,” he said noting the growth of processing industry overall amounted to 3 percent.

Turkestan, and Kyzylorda regions and Shymkent lead in construction growth.

“Taking into account the tasks set by the head of state and the electoral program of the Nur Otan party, target indicators were determined that must be achieved in 2021. First of all, this year’s task is to ensure economic growth at 3 percent. To do so, target parameters hweredetermined for each industry and region,” said the minister.

“This will allow bringing the share of investments in the gross domestic product to 20 percent,” he said. “Timely implementation of urgent measures to support business activity, and structural and institutional reforms will lay the necessary foundation for future sustainable and high-quality economic development.”

“To increase macroeconomic sustainability, measures need to be taken to enhance the efficiency of state expenditures and improve tax and customs administration. Development of a new investment cycle is a basic condition for recovery and further qualitative development of the economy. State bodies and national holdings should ensure greater coordination in their work to attract foreign and domestic investments,” said Irgaliyev.

Measures will also be taken to extend support to small and medium-sized businesses, including providing affordable loans, increasing deregulation and promote privatization, to reduce import dependence and develop quality infrastructure.

Uncertainty remains, said National Bank Chair Yerbolat Dossayev, with the spread of a new coronavirus strain and despite the progress in vaccination globally, which remains uneven.

He said it will take more than 7 years to cover 75 percent of the global population and return to normal.

Given the restrictive measures, the global business activity index in January decreased to 52.3 points, including 48.7 in the EU and 51.5 in China. Growth in global demand may be hindered by slow pace of vaccination, supply and production constraints, the emergence of new strains of coronavirus.

“In Kazakhstan, business activity fell for the second month in a row from 49 to 48.4 points due to a slowdown in industry and services sector. Construction showed positive growth,” said Dossayev.

He also spoke about oil prices that went up to 63.3 dollars per barrel, the result of major oil cuts under the OPEC+ agreement.

“The effect of the increase in oil prices was offset by the weakening of the currencies of developing countries amid the strengthened US dollar. As a result, in January, the Brazilian real weakened by 5.4 percent, the Mexican peso by 3.3 percent, the South African rand and the Russian ruble - by 3.2 percent, and tenge weakened by 0.8 percent to 424.21 tenge per US dollar,” he explained.

Assets of Kazakhstan’s National Fund that has been accumulating the country’s oil revenues amounted to $57.7 million. The volume of assets, however, decreased by $1 billion since the beginning of this year.

“The National Fund received a total of 43 billion tenge, and foreign currency receipts made $56.2 million dollars or 24 billion tenge. Since the beginning of the year, $720 million was sold to secure 381 billion tenge ($900 million) in earmarked and guaranteed transfers. Due to lower demand from investors, the MSCI World Index fell by 1 percent in January,” said Dossayev.

Gold reserves remain almost unchanged and are estimated at $35.6 billion as of end of January.

“The decline in the gold portfolio as a result of lower gold prices was offset by an increase in freely convertible currency assets. Foreign currency assets increased due to an inflow of funds from the Asian Development Bank loan. They were partially offset by the repayment of government debt as well as an outflow of funds of the second-tier banks from the National Bank accounts due to the redemption of $500 million in foreign currency bonds of one of the second-tier banks,” he said.