It is expected that the programme will allow for the country’s urbanization level at least 62% by 2025, regions’ greater competitiveness, improved transport, engineering and social infrastructure, as well as better the population’s life, Strategy2050.kz correspondent reports. 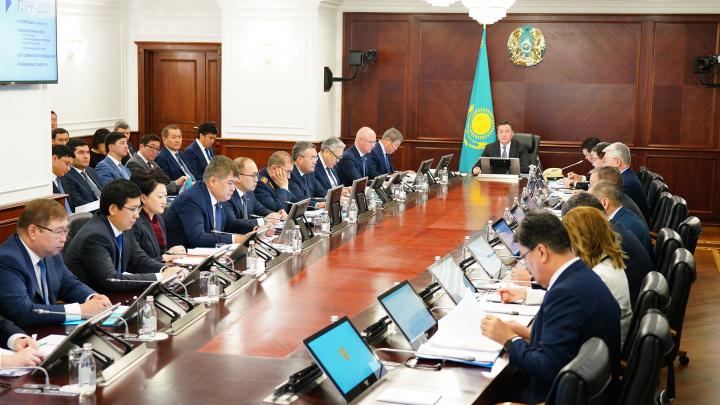 Today the draft State programme to develop regions by 2025 has been on the table at the government session chaired by the Kazakh Prime Minister, Askar Mamin, where Kazakh Minister of National Economy Ruslan Dalenov, Governors of Turkistan region Umirzak Shukeyev, Northern Kazakhstan - Kumar Aksakalov, Karaganda region - Zhenis Kassymbek have delivered their reports.

Around 1.3 trillion tenge is provided to implement the programme, focusing on the following priorities:

-         14 urbanized areas with second-level cities as centres, among them regional centres and the city of Semey;

-         18 border towns with adjacent territories, as well as single-industry towns with a population of over 50 thousand people;

-         Satellite rural settlements as part of the Aul - El Besіgі project, with such 3 477 settlements fully provided with facilities and services complying with the system of regional standards. Around 7 million villagers, or 90% of the rural population, are about to enjoy improved life.

“Kazakhstan 2050 Strategy points out the need to bring the country's urban population to 70% by the year 2050, while the 2 September 2019 presidential address outlines the importance of urbanization, which also calls for effective measures for managing migration processes,” the Kazakh Prime minister said.

He went on to say that urbanization is crucial to high incomes and life quality.

Kazakhstan has seen the growth in urban population by 15% in the past five years, which not equals 58.2% of the total population.

“To ensure urbanization is clearly manageable a balanced urban development policy should be in place, while bearing in mind that the main task is to increase the quality of life of the rural population, to create infrastructure in compliance with the standards of urban facilities. Such examples already exist,” the Kazakh Prime minister, Askar Mamin, said.