In the country the stable economic growth of 4.3% has been maintained during the past 8 months, Ruslan Dalenov, Kazakh Minister of National Economy, says. 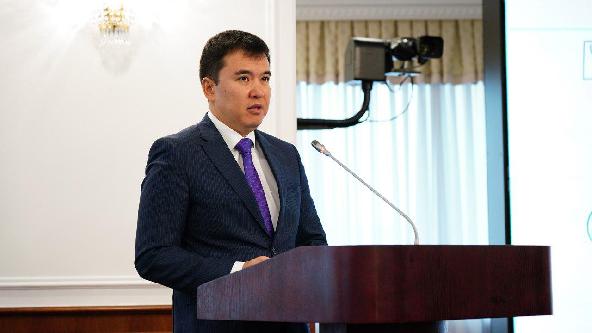 According to Moody’s, Standard & Poor's, Fitch Ratings, Kazakhstan’s sovereign credit ratings considered to be of investment grade. Moody’s outlook has changed to positive from stable, according to Dalenov.

“There has been a 10.7% growth in investments to the fixed capital. Growth was particularly strong in sectors such as agriculture, construction, commence and manufacturing,” he said.

The annual inflation has remained within the target reaching 5.5%, according to him.

“Manufacturing has accelerated to 3.2% during the first 8 months of the year, with processing continuing to outpace mining,” he said.

The increased production of metal ore and oil has contributed to a 3.1% growth in mining.

Construction has showed stable growth rates, with an 11.8% rise in the amount of works done. There has been the growth in works on industrial facilities, roads, and gas pipelines.

“Agriculture output has expanded by 3.6%, including a 3.9% rise in crop production and a 3.5% growth in husbandry. As of August 31, 2019, 29.8% of the area under cultivation for cereals is harvested,” the Kazakh national economy minister said, adding that the crop yields have averaged 11.5 centners per hectare.

Business sentiment in the real sector of economy has been accompanied by the growth in the service sector, reaching 4.3% over the reporting period. The strongest growth has been seen in commence – a 7.6% growth thanks to wholesale commerce. Transport services have risen by 5.5% largely due to the increased air and road freight turnover.

Over the period from January to July this year the foreign trade turnover has grown by 1.7% to $53.8 billion. The export volume has made up $32.9 billion.

The national economy minister also outlined that Shymkent, Magystau region and Nur-Sultan have been demonstrating the decrease in certain figures, including construction, investment, housing, manufacturing.

The minister paid attention of all the central and local executive bodies to adopt practical measures to attract investments to the fixed capital, to maintain the reached economic growth rates, to ensure GDP growth at the rate not below those in the memorandums, the regions should ensure the timely crop harvest, monitoring needs to be tight, in order to maintain the stable economic growth.