Experts gathered on Monday to discuss the situation in Afghanistan that on Sunday saw the Taliban group taking over Kabul and taking control of the presidential palace, reports a Strategy2050.kz correspondent. 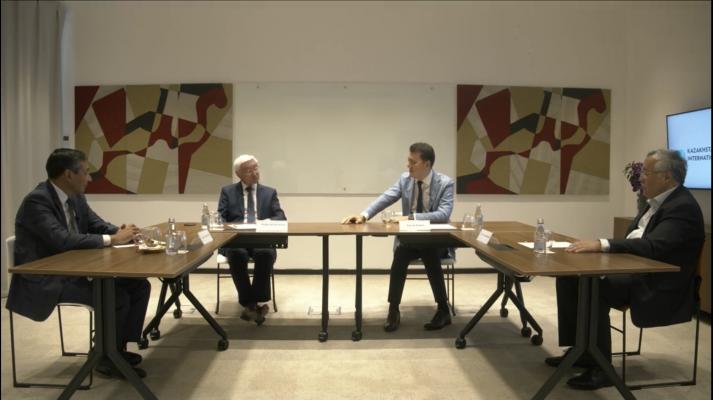 After the Taliban took control over the capital city of Kabul, President Ashraf Gani flew out of the country, which he said was to avoid bloodshed in the country.

Kabul airport saw big crowds of Afghans trying to leave the country, but all flights were canceled. Foreign embassies said they would evacuate their nationals.

Kazakh President Kassym-Jomart Tokayev held the second meeting on Afghanistan on Monday in Akorda telling the country’s security forces and the government to keep a close eye on the situation and ensure the country’s citizens, including the embassy personnel, is safe.

Omirtai Bitimov, who previously served as Ambassador to Afghanistan, said the current situation has been a long time coming.

“Many thought the regime would fall after Americans withdraw their troops. Basically, it was supported by (American) forces and the budget was supported by donors. Over these 20 years, there were changes in society, education, and culture, significant changes. But at the same time, the regime relied heavily on external actors. There was no desire to protect (country). The regime discredited itself with high levels of corruption, interreligious and ethnic conflicts,” said Bitimov.

Taliban ruled Afghanistan between 1996 to 2001. With the Taliban taking power, women, who achieved significant progress protecting their rights over the past 20 years, are in fear their rights could be infringed. Under the Taliban regime, previously women were not allowed to work, study and could only go out accompanied by a male relative.

Whether the Taliban regime changed is a question that remains unanswered, according to Sanat Kushkumbayev, Deputy Director of the Kazakh Institute of Strategic Studies.

“The main question in the form of the regime is whether it is an Islamic emirate which means previous elements, including Shariat. This also concerns Central Asian neighbors that are secular states. The very presence of an Islamic emirate is a pool factor for radicals in different parts of the world and Central Asia. This is what has been in Syria,” said Kushkumbayev.

People rush to leave the country

The current situation could also cause significant migration flows.

“First, educated Afghans, and the rest will remain in an archaic confined territory whose borders will be under control. Main migration flows will go through Iran, I think,” said Sultan Akimbekov, Director of the Institute of Asian Studies.

While commercial flights are suspended, the airport in Kabul is in chaos.

84 people from the Afghan Armed Forces were detained at the border between Afghanistan and Uzbekistan. The Afghan military personnel, however, did not resist the detention and asked for help, including medical assistance for three people that were wounded.

Al Jazeera reported on Monday quoting Mohammad Naeem, a spokesman for Taliban’s political office, who said that the group does not want to be in isolation and that the group will speak about the type and form of the new government in Afghanistan soon.

The United Nations Security Council is expected to meet later on Monday to discuss the situation in Afghanistan.
автор: