9 November 2019, the Kazakh embassy to Thailand with support of the Honorary Consulate in Pattaya held "Abai Readings" as part of the events dedicated to the celebration of the 175th anniversary of Abai Qunanbaiuly. Compatriots, guests from CIS countries living in Thailand, as well as local community representatives were present, the Foreign Ministry of Kazakhstan informs. 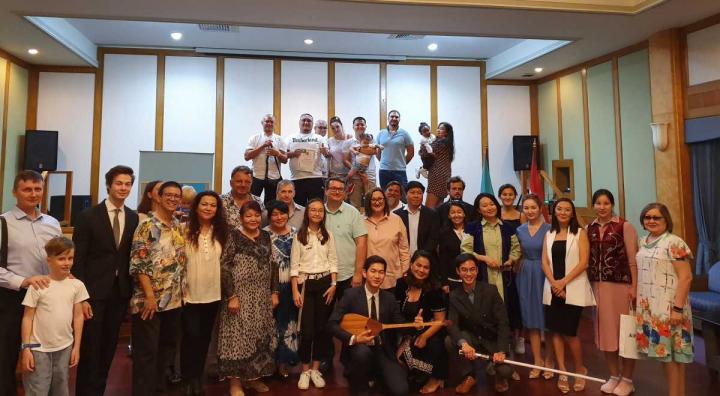 In her welcoming remarks, ambassador Raushan Yesbulatova acquainted with the current socio-economic development of the country, including in the context of the address of President Kassym-Jomart Tokayev to the people of Kazakhstan "Constructive public dialogue - the basis of stability and prosperity of Kazakhstan". The Kazakh diplomat drew the audience’s attention to the importance of reviving the cultural and historical heritage in the light of the modernization of public consciousness in the framework of the program «Rukhani Zhangyru» and the program article «The Seven Faces of the Great Steppe» initiated by First President - Elbasy Nursultan Nazarbayev.

She went on to say that next year will mark the 175th anniversary of Abai Qunanbaiuly and the 1150th anniversary of Abu Nasyr al-Farabi and tha Kazakhstan is about to hold a number of cultural, scientific and educational events in the country and abroad.

The Head of the Eurasian Creative Guild, the publisher of the Hertfordshire Press Publishing House Marat Akhmedzhanov spoke about the life and work of Abai and presented the book "Goethe and Abai".

The event saw the competitions among the participants for the best performance of the works of Abai, as well as a quiz on the works of Abai. The participants read some «Words of edification», poems «Summer», «Autumn», «Poetry - the ruler of the language», «Gylym tappai matanba», performed folk songs «Black eyes», «Yapurai», etc.

The participants of the competitions were presented souvenirs, with the young participants receiving the textbooks on the history of Kazakhstan, the Kazakh language and Kazakh literature from the embassy.