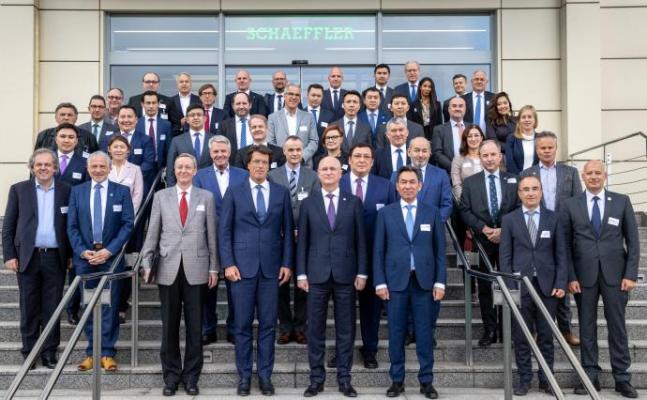 During the visit, the delegation met with the heads of large companies such as J.A. Woll Handels, EOS, Gigaset AG, Svevind Group, Schaeffler AG, discussing potential projects in the field of ICT, energy, trade, and mechanical engineering.

At the meeting with J.A. Woll Handels, one of the leading German retail chains specializing in the sale of products and goods in the low price segment, the sides discussed the possibility of the company's participation in the organization of production in Kazakhstan.

The management of EOS also expressed interest in opening an innovation center and training courses in Kazakhstan, similar to the centers in Germany.

At the meeting with the President of Svevind Group Wolfgang Kropp, the sides reviewed the state support from the Kazakh government for the project to produce green hydrogen in Kazakhstan. The company's management met with President Kassym-Jomart Tokayev on September 13, and on October 6, during the trip of the Kazakh delegation to Sweden, the sides signed a roadmap for the implementation of the project until 2031. 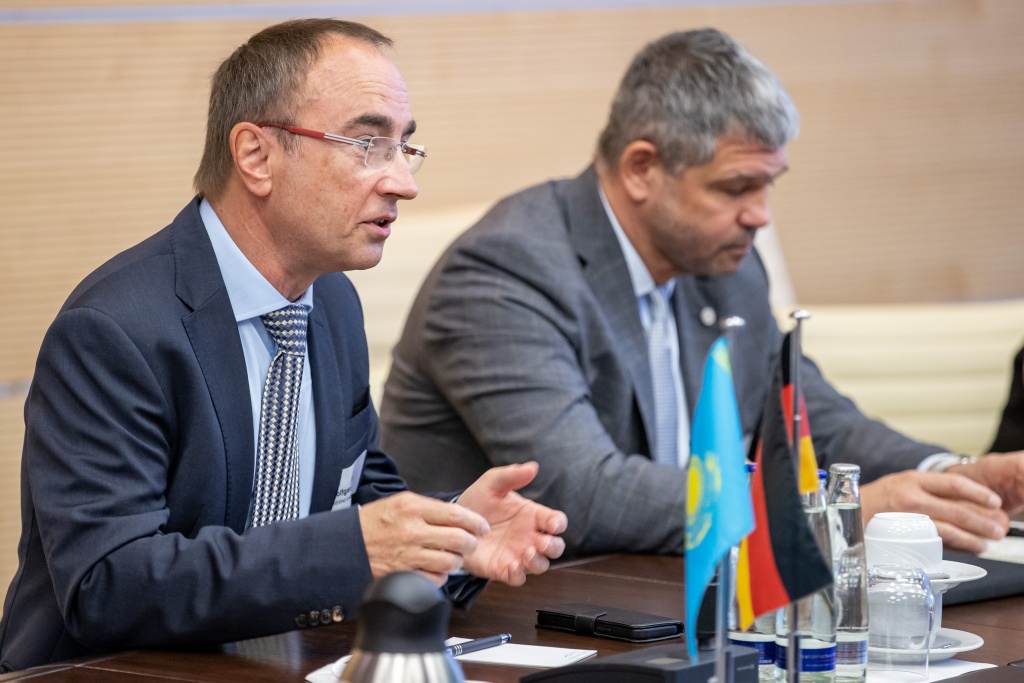 During the visit at the site of Schaeffler AGone of the world's leading machine-building companies “” chaired by Deputy Prime Minister of the Republic of Kazakhstan R.Sklyar organized a round table with the participation of about 70 representatives of business circles, as well as business communities of both countries on the topic: “New technologies in mechanical engineering - digitalization as a driver of growth”. 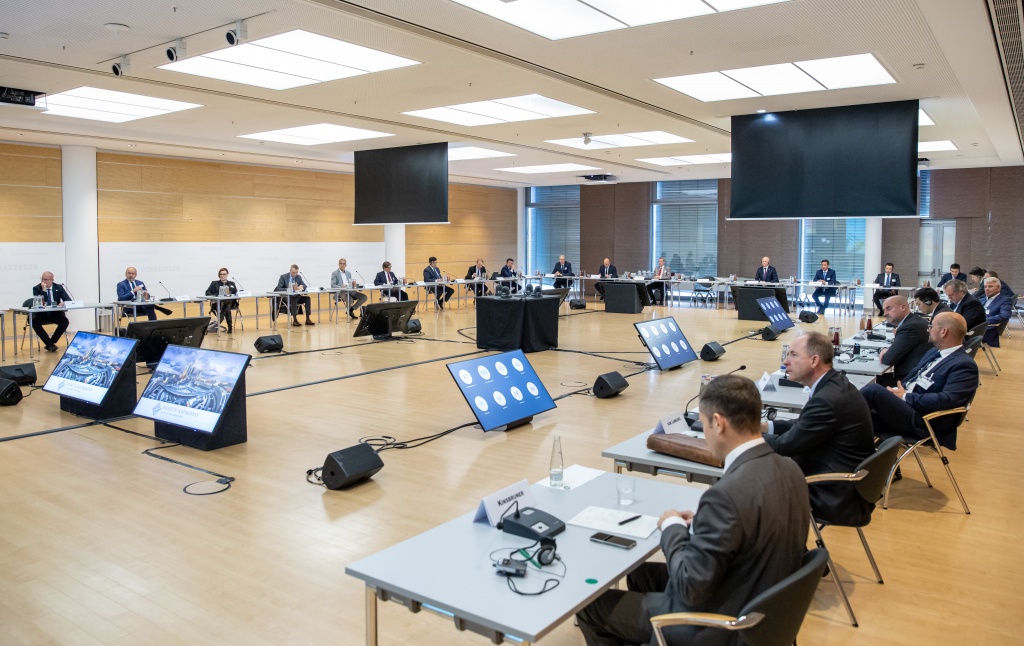 Opening the event, Deputy Prime Minister of the Republic of Kazakhstan R.Sklyar noted the significant role of German business in strengthening mutually beneficial cooperation with Kazakhstan in various sectors of the economy, including the machine-building industry. 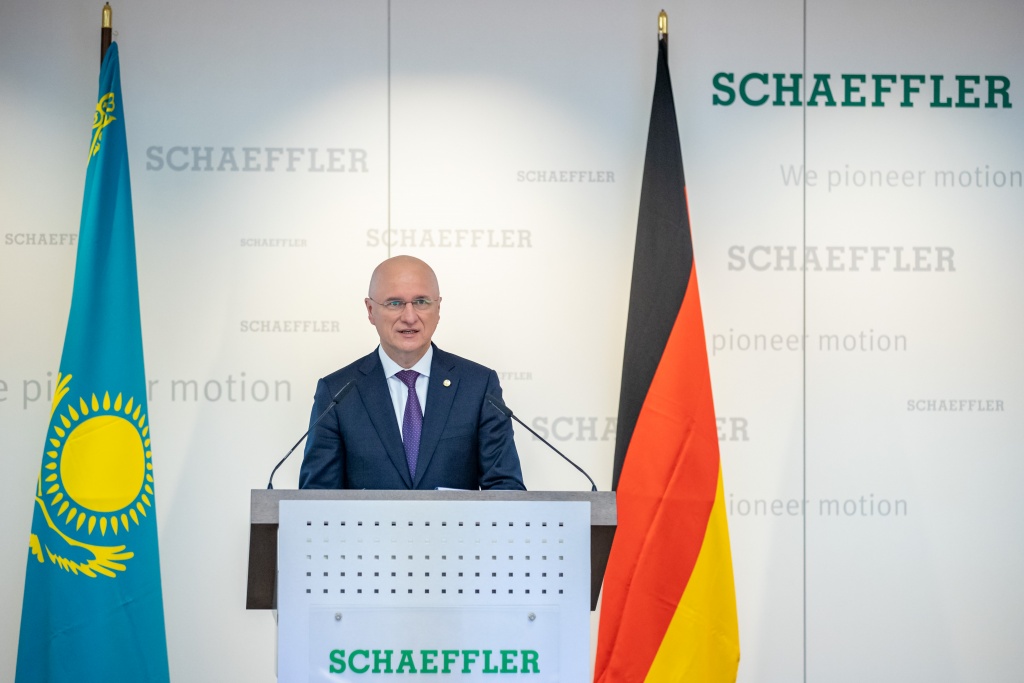 "Productive joint work is underway between our countries at all levels in industrial, trade, economic, technological and other spheres. One of the striking examples of successful cooperation is the project for the production of agricultural machinery in the North Kazakhstan region, implemented jointly with CLAAS. This once again testifies to the high confidence on the part of German investors in the development of activities in Kazakhstan", - added R. Sklyar.

President of Schaeffler AG Klaus Rosenfeld highly appreciated the potential of investment cooperation between Germany and Kazakhstan, noting that the company is ready to become an industrial partner of Kazakhstan in industrial modernization. “We are already cooperating with Kaztemirtrans in terms of modernization and overhaul of wheelset bearings. Taking into account the modernization, the bearings are operated longer, thereby reducing the number of industrial emissions during the production of new bearings," he said. 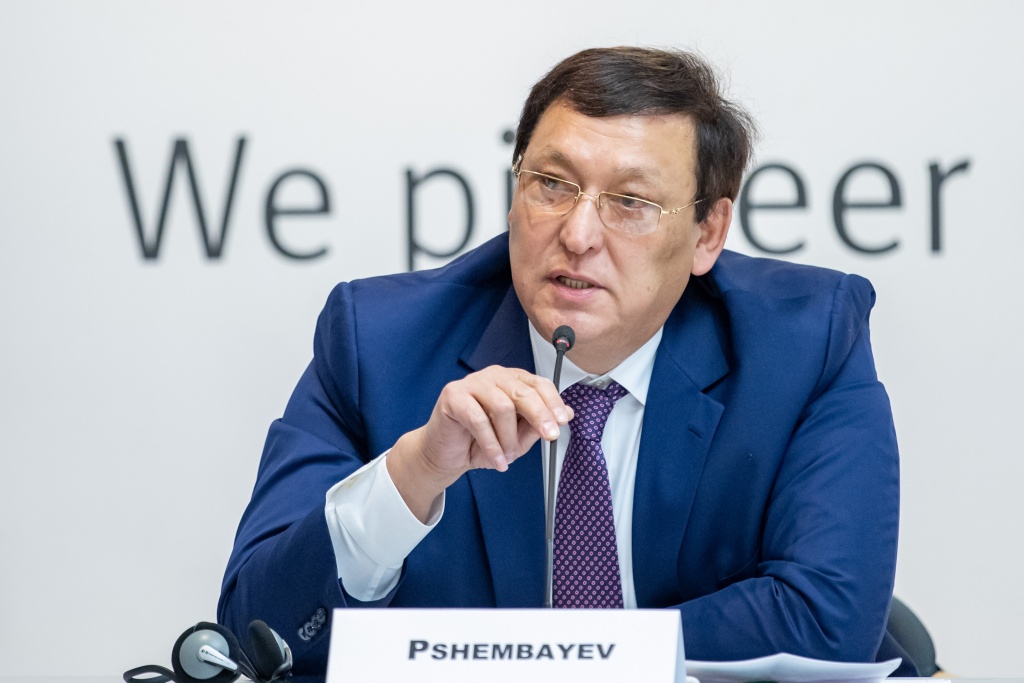 The meeting also presented the investment opportunities in Kazakhstan as well as preferences offered to investors and other tools that create a favorable climate for foreign business in Kazakhstan.

“Today Kazakhstan is carrying out large-scale reforms designed to promote economic diversification and create favorable conditions for business and investment. Thus, speaking about the strengthening of bilateral relations and investment cooperation between our countries, it should be noted that the country's leadership pays special attention to Germany. I hope that in the future, thanks to such support, we will start implementing joint investment projects. We are already gradually taking steps to strengthen our relations with Germany. For the record, there are already several German companies that consider Kazakhstan as a destination for their investments,” said Kazakh Invest Chair Meirzhan Yussupov. 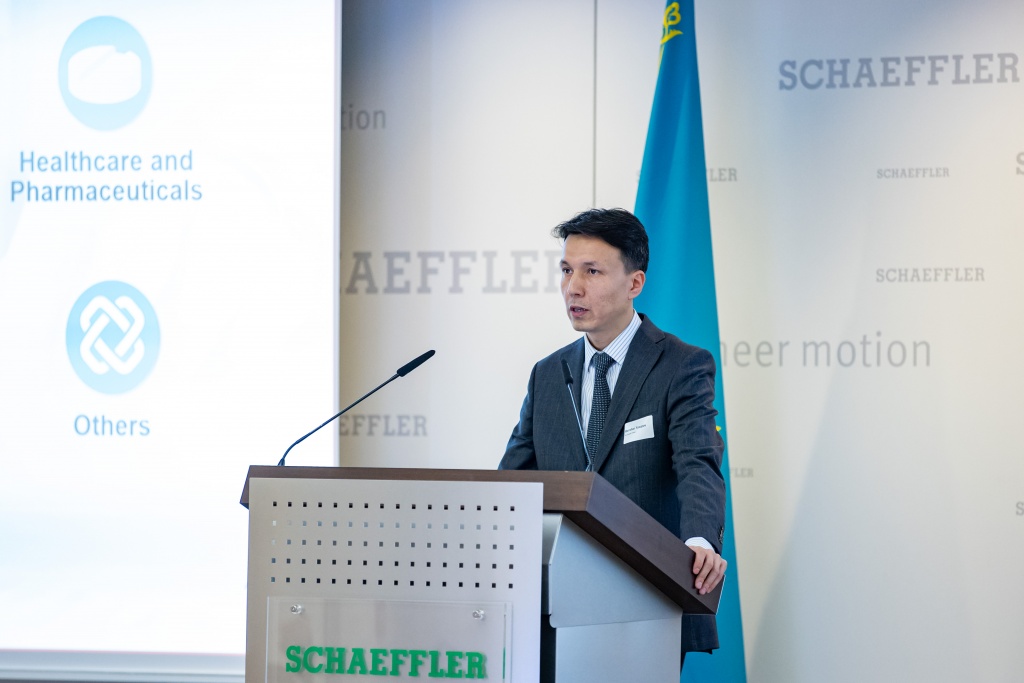 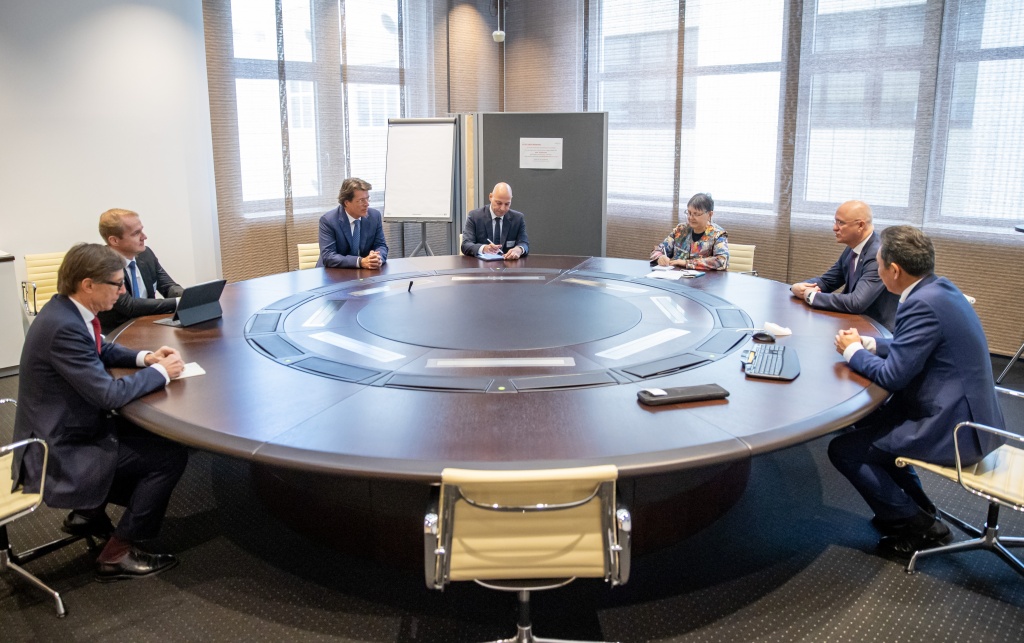