The Kazakh delegation participated in the 3rd International Conference on Nuclear Security: Sustaining and Strengthening Efforts (ICONS 2020) taken place from February 10 to 14, 2020, in Vienna, Austria, organized by the International Atomic Energy Agency (IAEA). The delegation included representatives of the Ministry of Energy of Kazakhstan, the National Nuclear Centre of Kazakhstan and KazAtomProm, Strategy2050.kz reports with reference to the Kazakh ministry of energy. 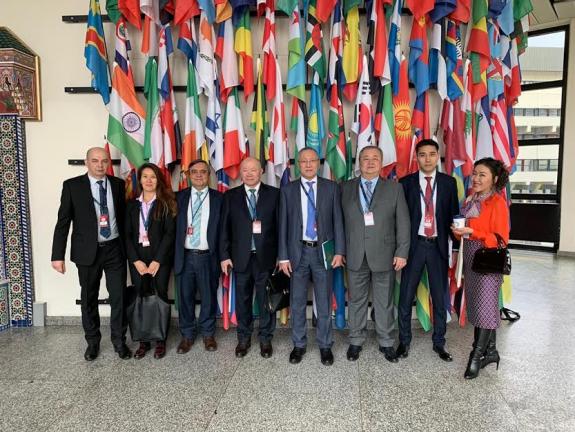 It was held to develop and exchange views on experience and achievements, current approaches, future directions and priorities in the field of nuclear security, featuring a ministerial segment, high-level political discussions and parallel technical sessions.

10 February saw a meeting of the Kazakh delegation with IAEA Director General Rafael Mariano Grossi on the sidelines of the conference, where the current status and prospects of bilateral cooperation between Kazakhstan and the IAEA came under discussion. The delegation was headed by Deputy Minister of Foreign Affairs of Kazakhstan Yerzhan Ashikbayev.

In addition, a meeting was held between Director of the Department of Atomic Energy and Industry of the Ministry of Energy of Kazakhstan Batyrzhan Karakozov and First Deputy Head of the National Administration for Nuclear Safety, US Department of Energy Brent Park. During the meeting, the current state and prospects of cooperation in the field of energy, as well as on ensuring nuclear safety and strengthening the nuclear non-proliferation regime were discussed.

On February 11, Director of the Department of Atomic Energy and Industry of the Ministry of Energy of Kazakhstan Batyrzhan Karakozov made a presentation on nuclear security, highlighting the current experience and achievements of Kazakhstan in the framework of international efforts to strengthen nuclear safety in the world.

The Conference ended with the adoption of a ministerial declaration to influence global efforts to strengthen nuclear security. The IAEA Nuclear Safety Plan for 2022-2025 was also presented.