Kazakh capital hosts 16th round of talks on Syria

Kazakh capital Nur-Sultan hosted the 16th round of talks on Syria, known as the Astana Process, on July 7-8, reports a Strategy2050.kz correspondent. 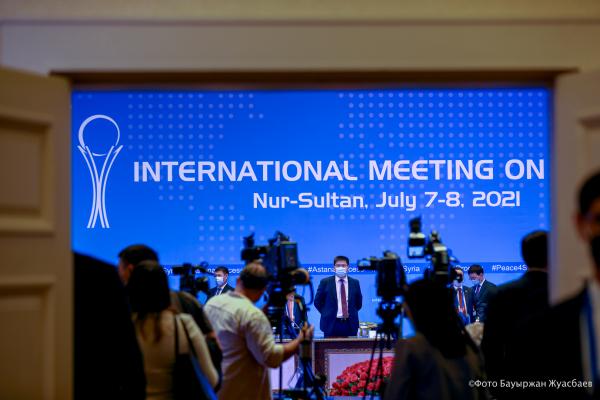 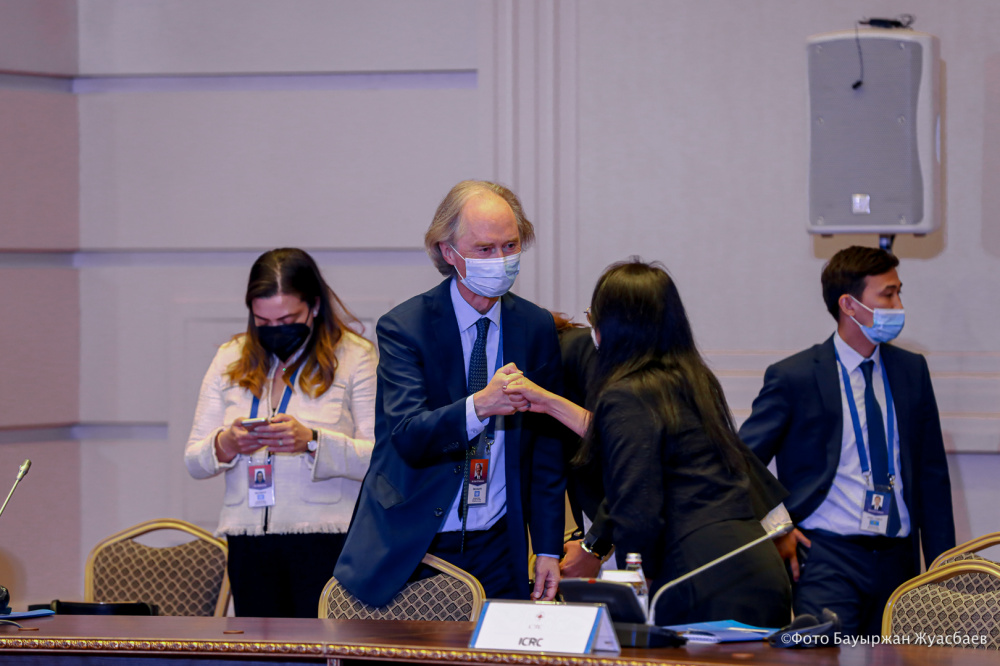 The focus of the talks was on the political process and international humanitarian assistance to Syria, the work of the Syrian Constitutional Committee in Geneva, as well as confidence-building measures including prisoner exchanges, hostage release, and the search for missing persons.

The Constitutional Committee was established under the United Nations in an effort to form a new constitution for Syria. So far, the progress was slow.

“We have had some very good discussions and also on this, I heard and felt very strong support to the work that I am doing. And as you know, I am now discussing with the co-chair nominated by the Government, and I will now in the next few days also continue my dialogue and discussions with the Co-Chair from the Syrian National Council. And based on that I hope, we can have an agreement that can make it possible for us to meet again and to continue the discussions in the Constitutional Committee, and a sixth-round,” said UN Special Envoy for Syria Geir O. Pedersen after his meeting with representatives of Iran, Russia and Turkey.

“Agreed to continue their cooperation in order to ultimately eliminate DAESH/ISIL, Al-Nusra Front and all other individuals, groups, undertakings and entities associated with Al-Qaeda or DAESH/ISIL, and other terrorist groups, as designated by the UN Security Council, while ensuring the protection of civilians and civilian infrastructure in accordance with international humanitarian law,” said guarantor states in their joint statement.

They also discussed the situation in the Idlib de-escalation area and the northeast of Syria as well as condemned the ongoing military attacks on Syria. 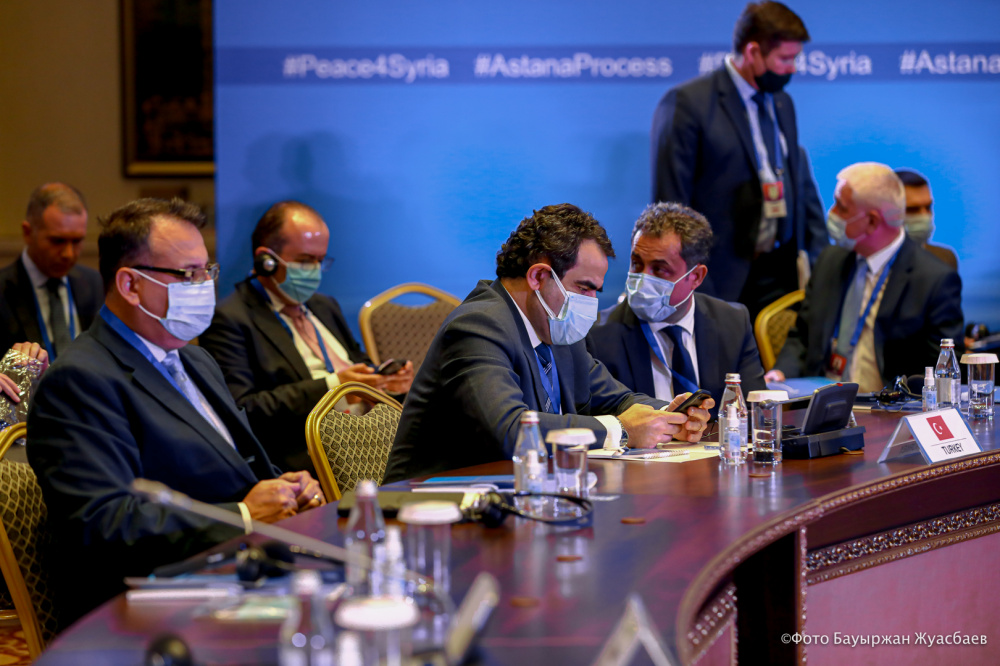 The guarantor states once again reaffirmed that there could be no military solution to the crisis in Syria, but a Syrian-led and Syrian-owned political process.

The COVID-19 pandemic had also an adverse impact on the situation in Syria, a heavy toll on the Syrian health system.

The need for humanitarian assistance was emphasized at the meeting, including restoring the country’s essential infrastructure, such as water and power supply facilities, schools, and hospitals. 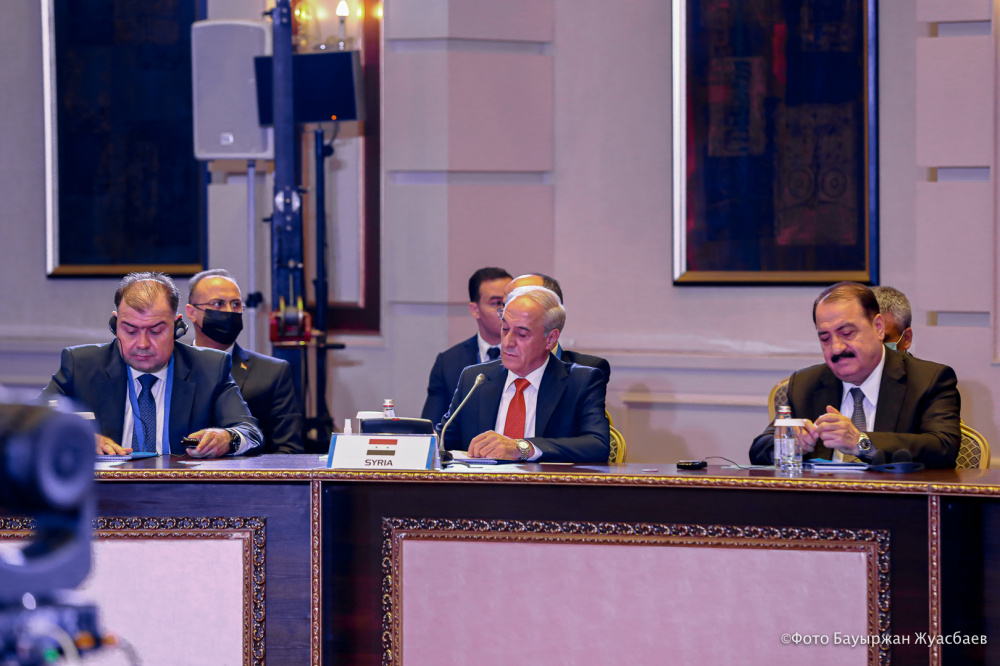 The country has been at war for more than 10 years forcing more than 5.6 million Syrians to flee the country and killing nearly 400,000, according to the UN estimates.

“(The sides) highlighted the need to facilitate the safe and voluntary return of refugees and internally displaced persons (IDPs) to their original places of residence in Syria, ensuring their right to return and right to be supported,” said the guarantor states in a joint statement.

The next meeting in the Astana format is expected to take place in Nur-Sultan before the end of 2021, depending on the epidemiological situation. 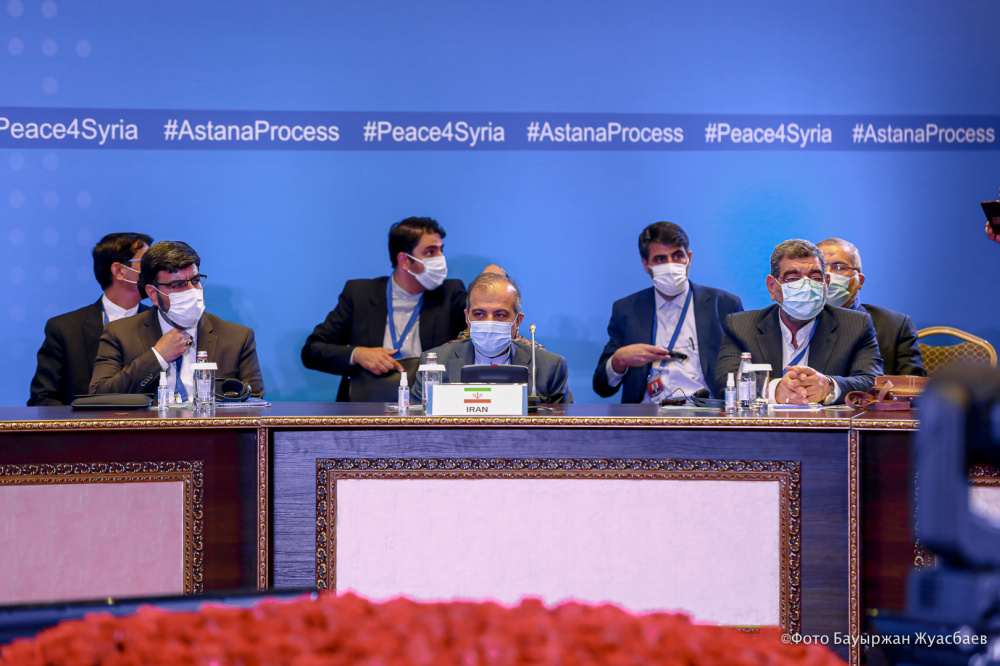 The Astana Process was launched in January 2017 and was brokered by Iran, Russia, and Turkey. Since then, Kazakhstan has been offering a mediator platform to seek solutions to a more than decade-long conflict. 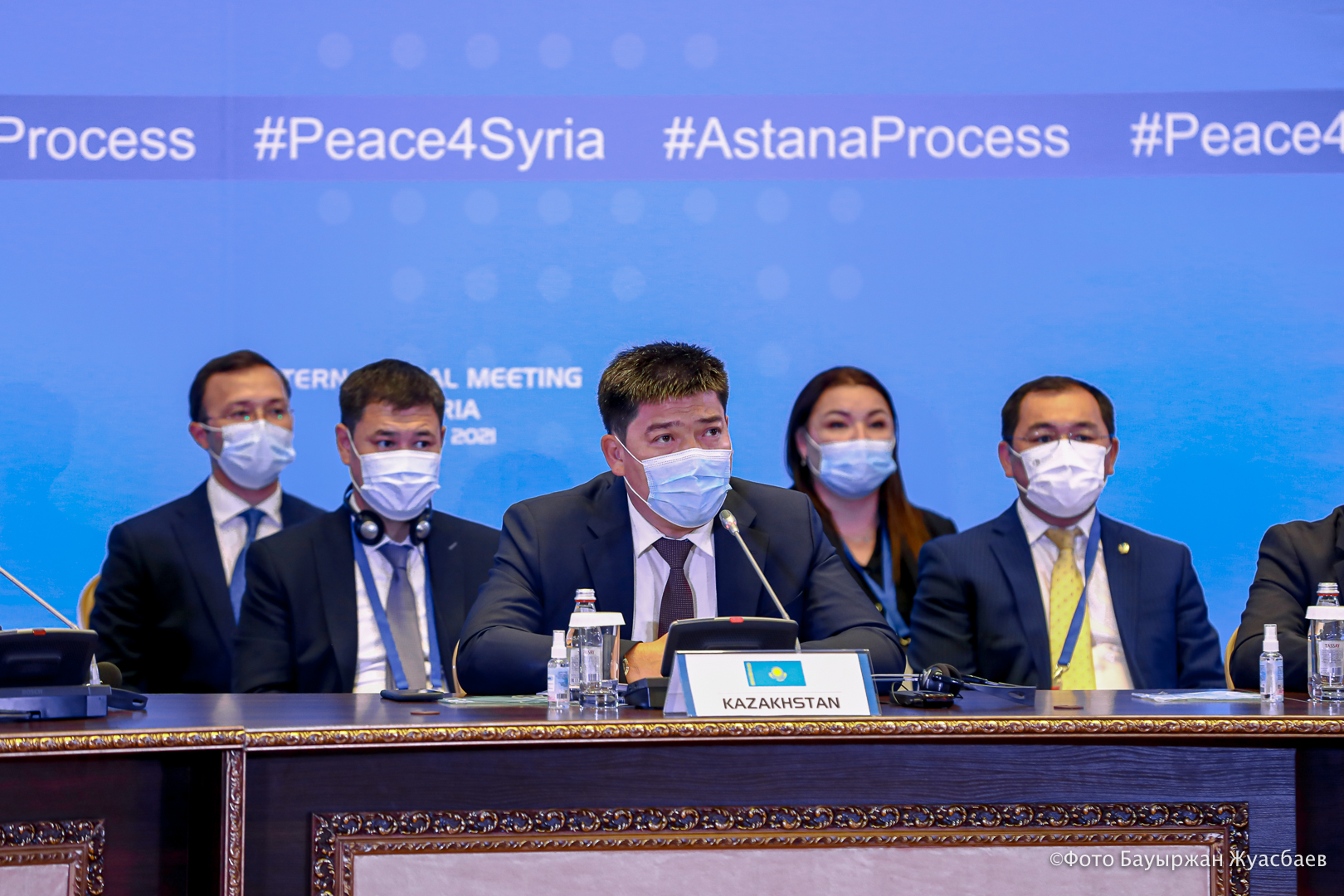 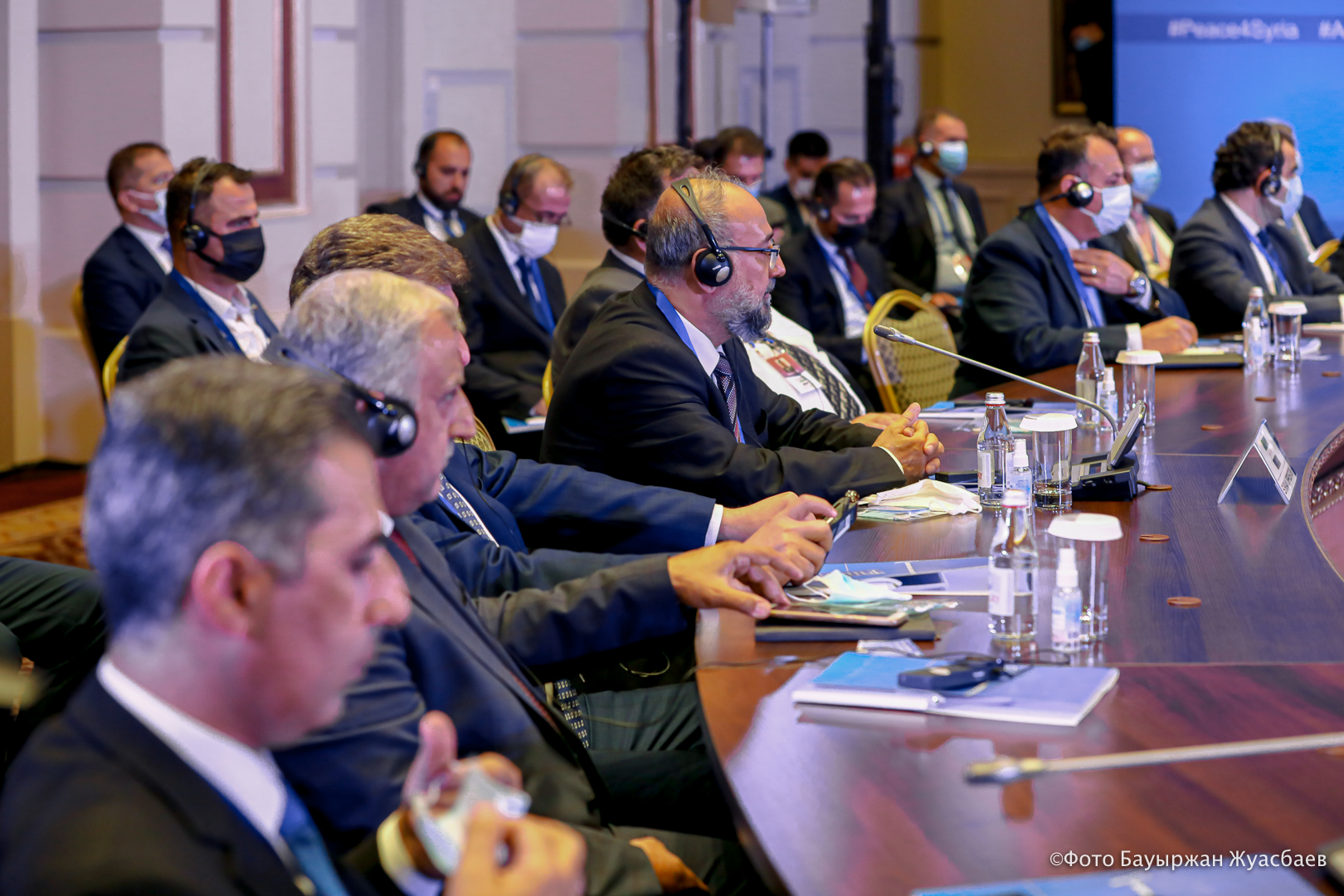 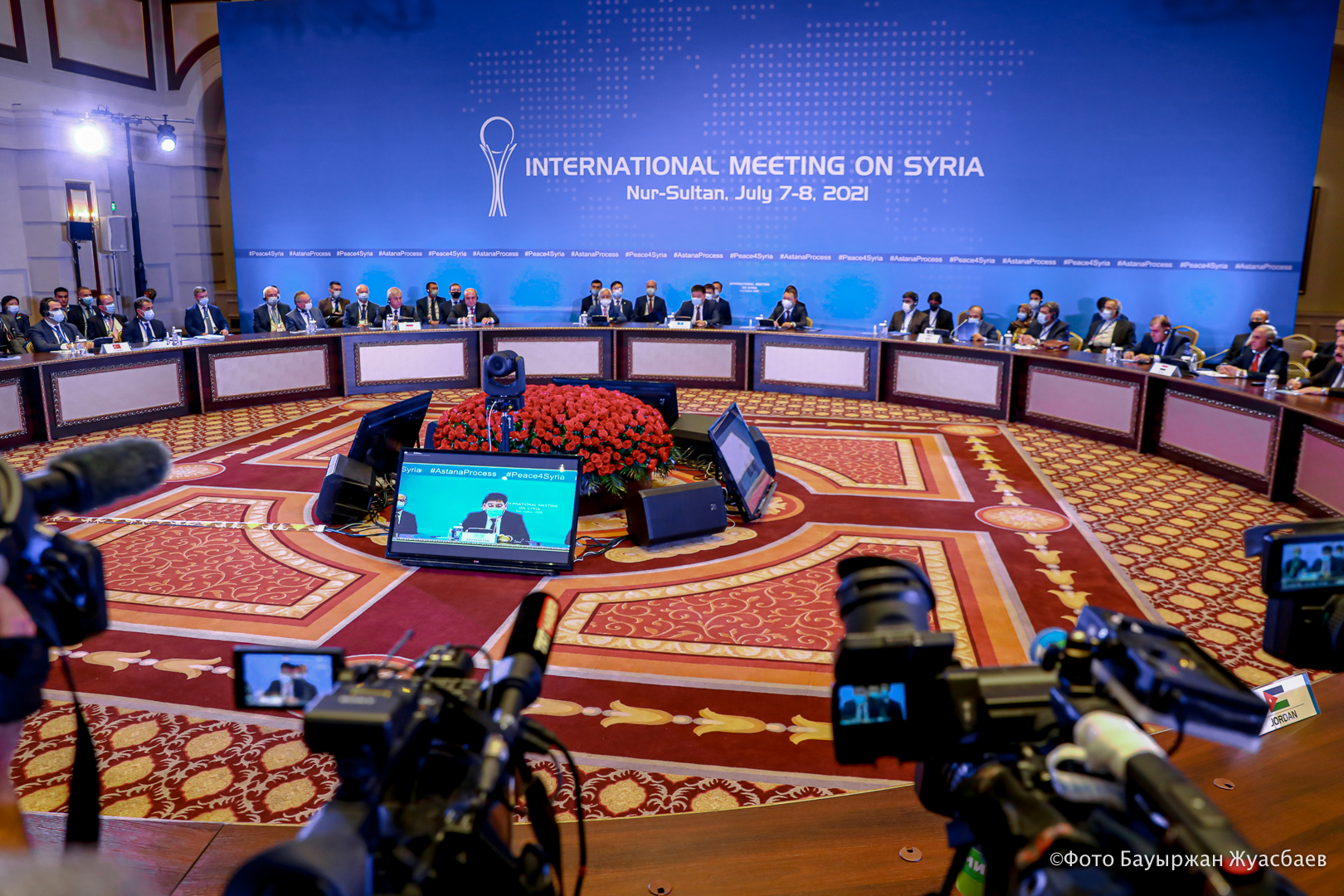 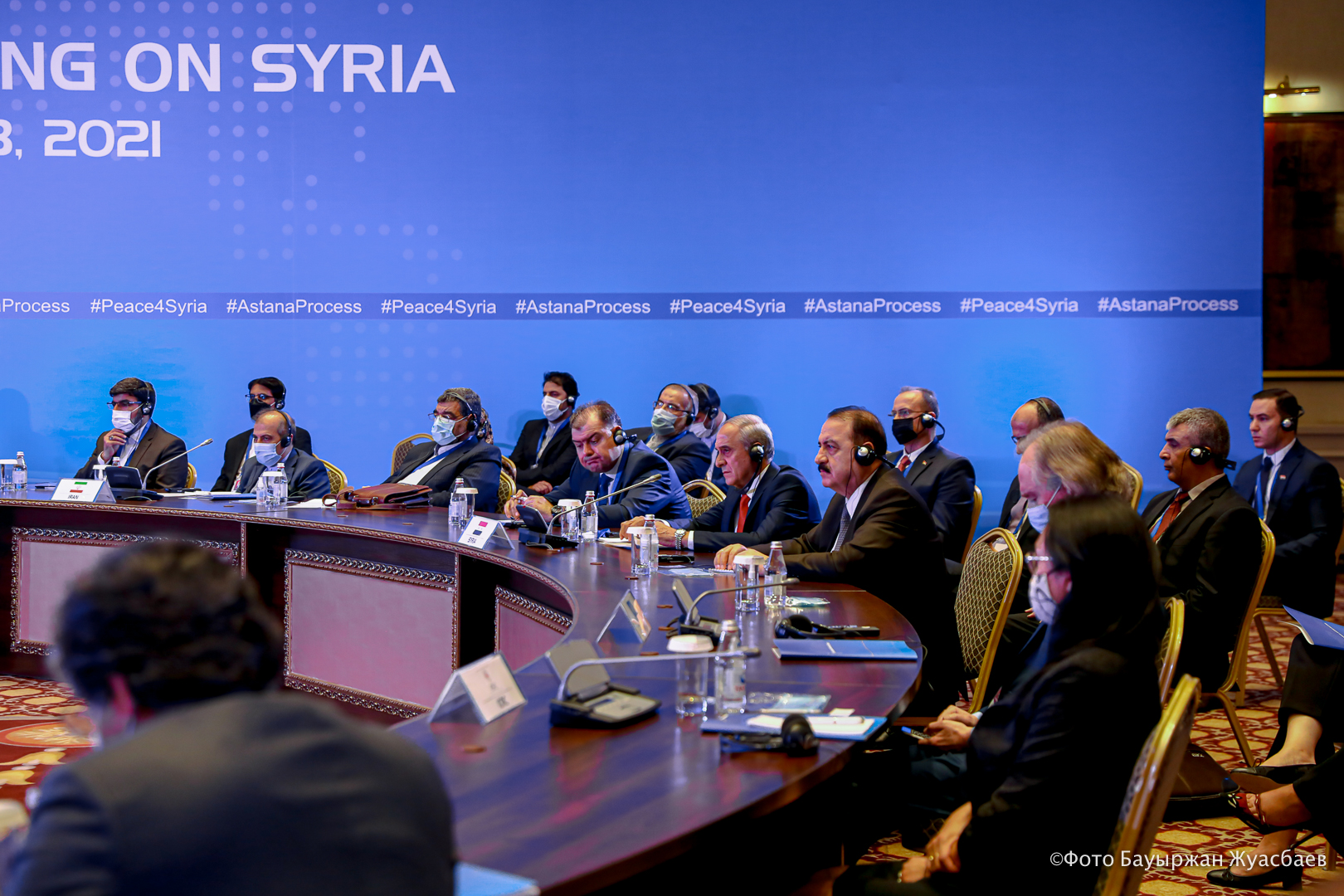 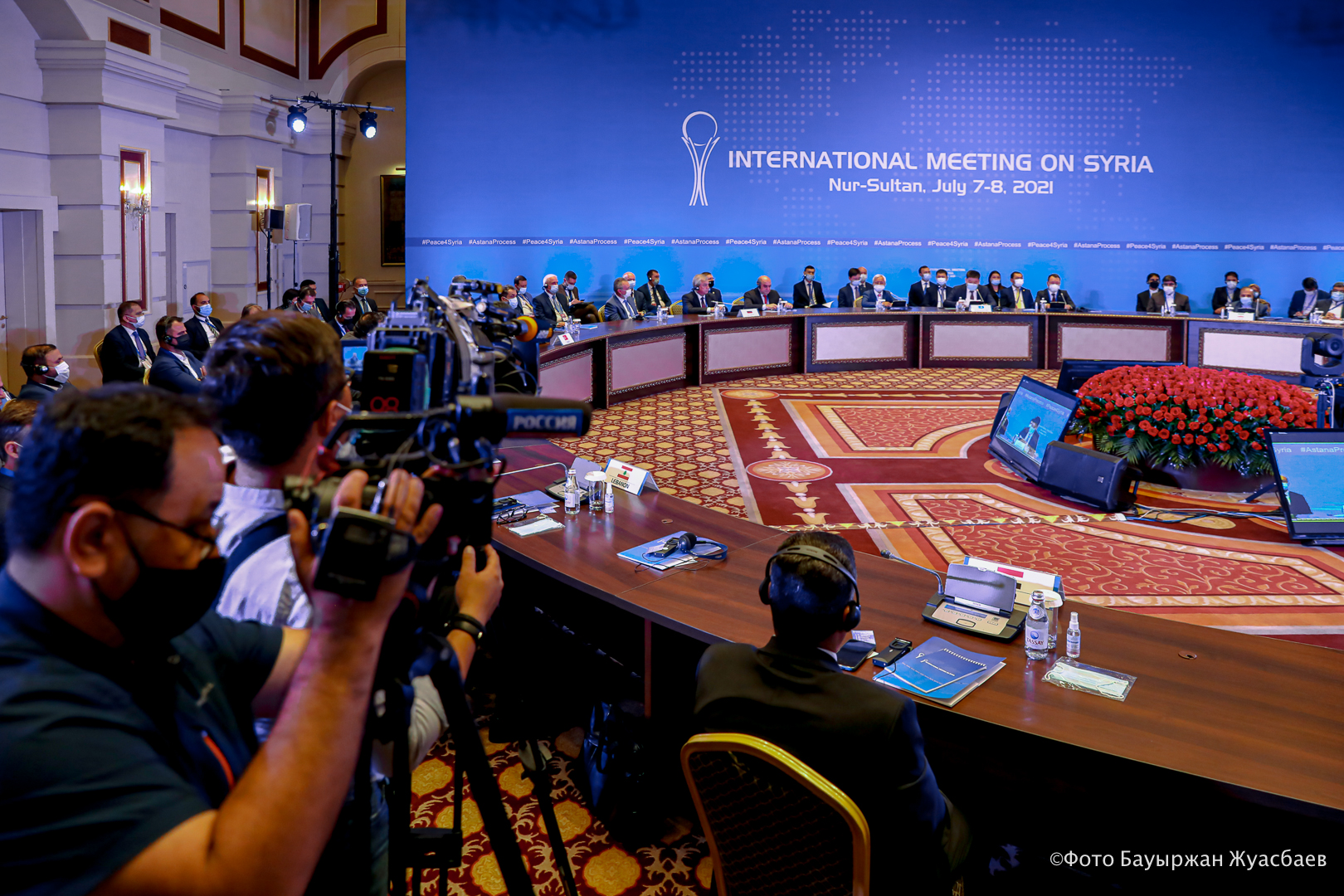 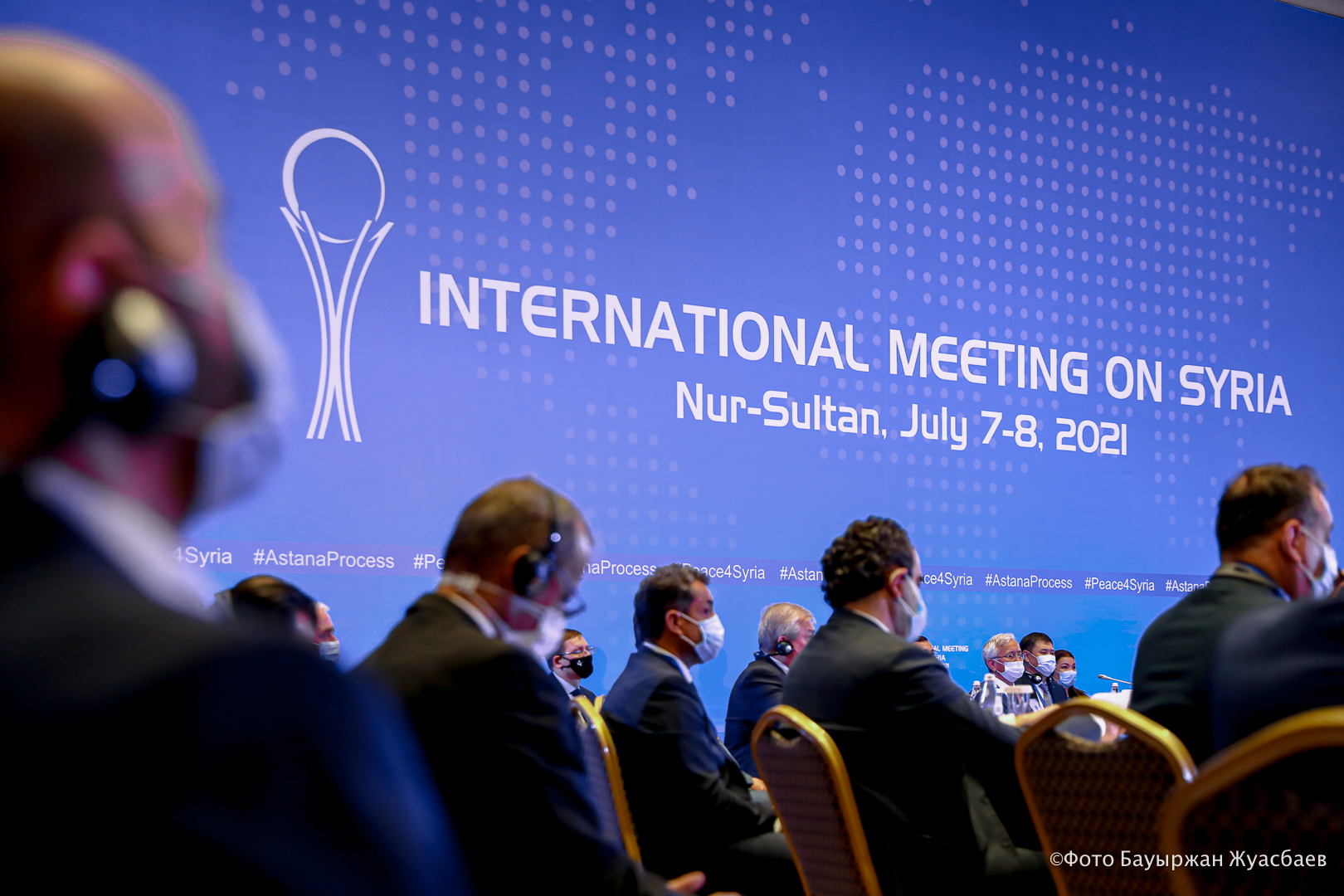 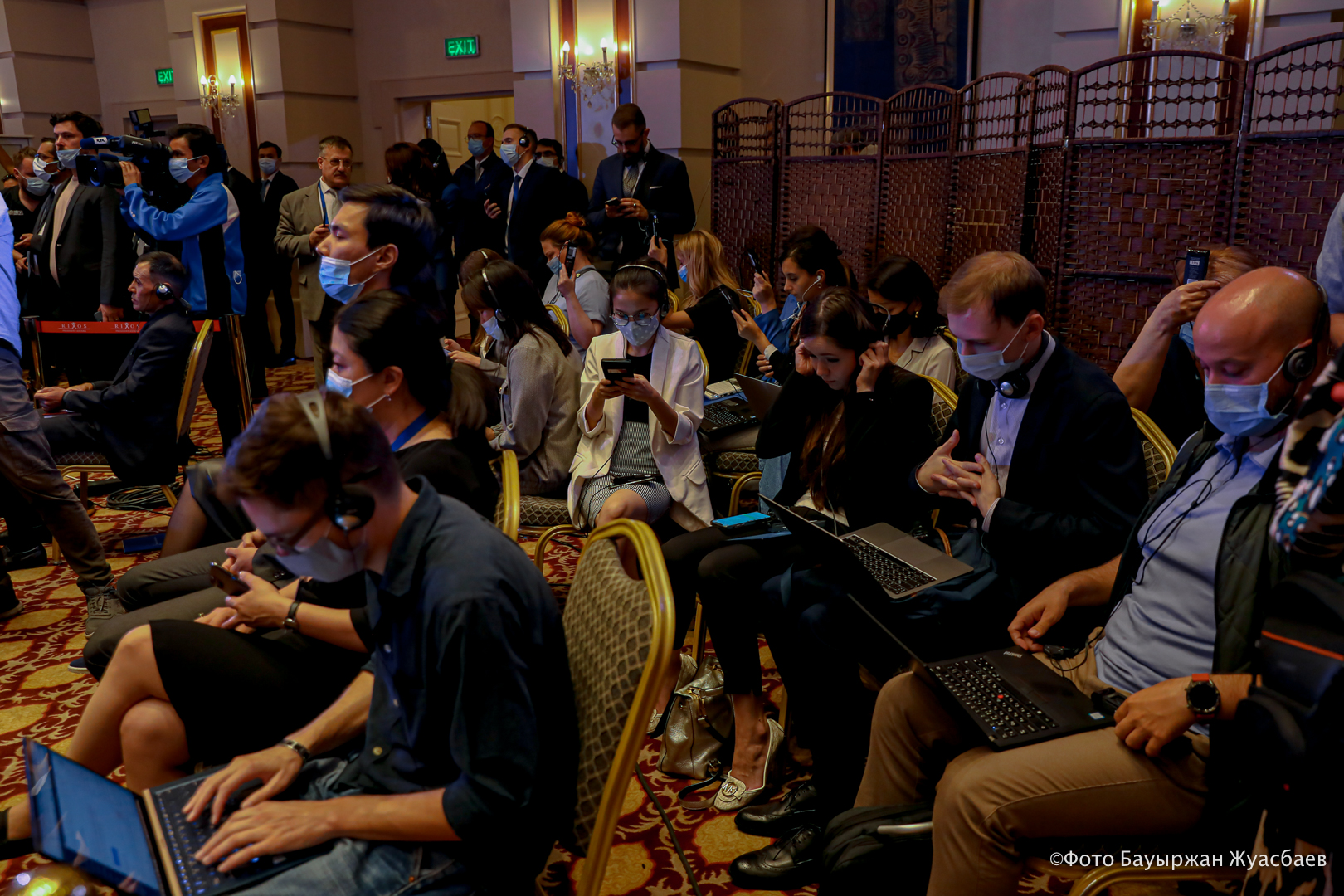 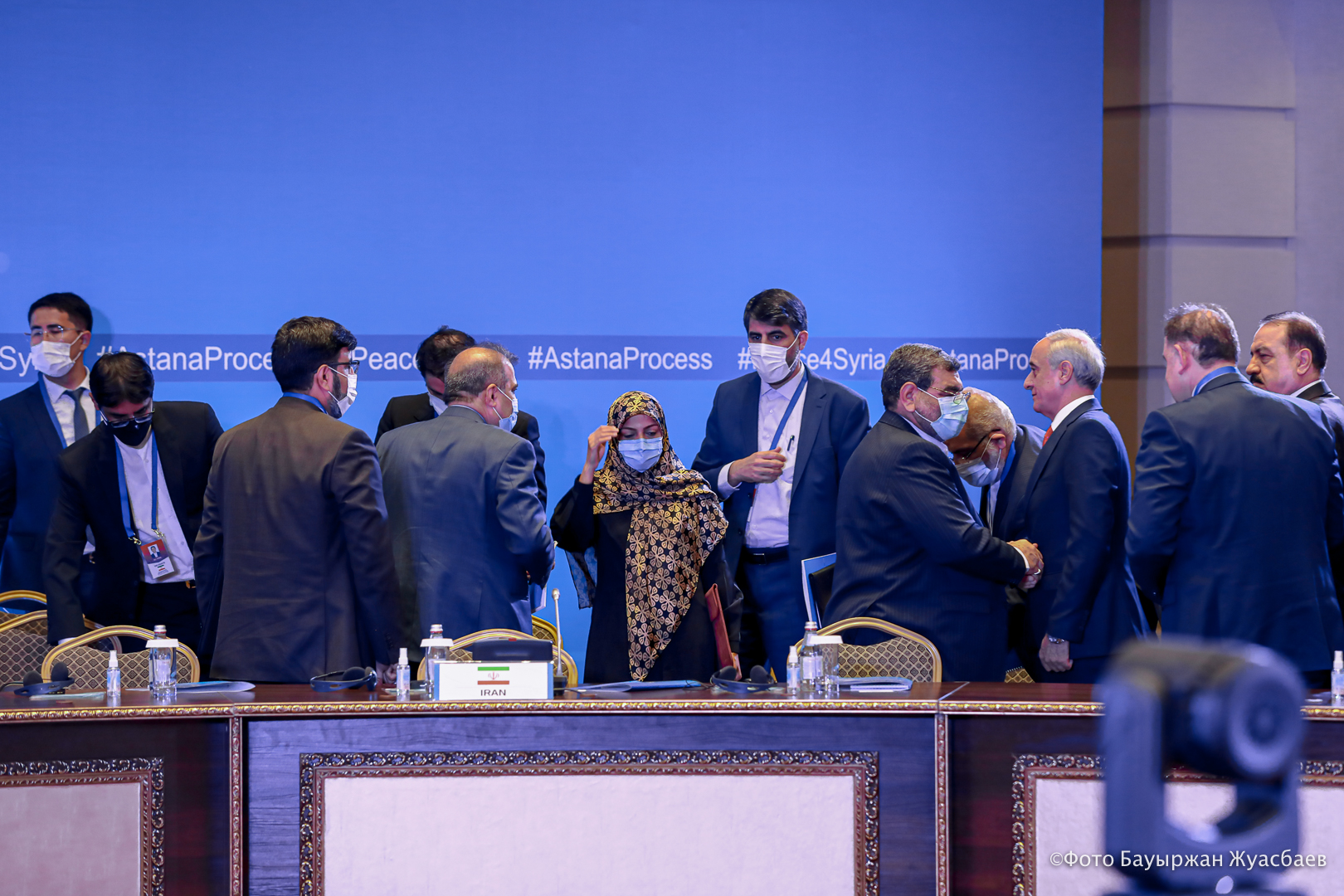 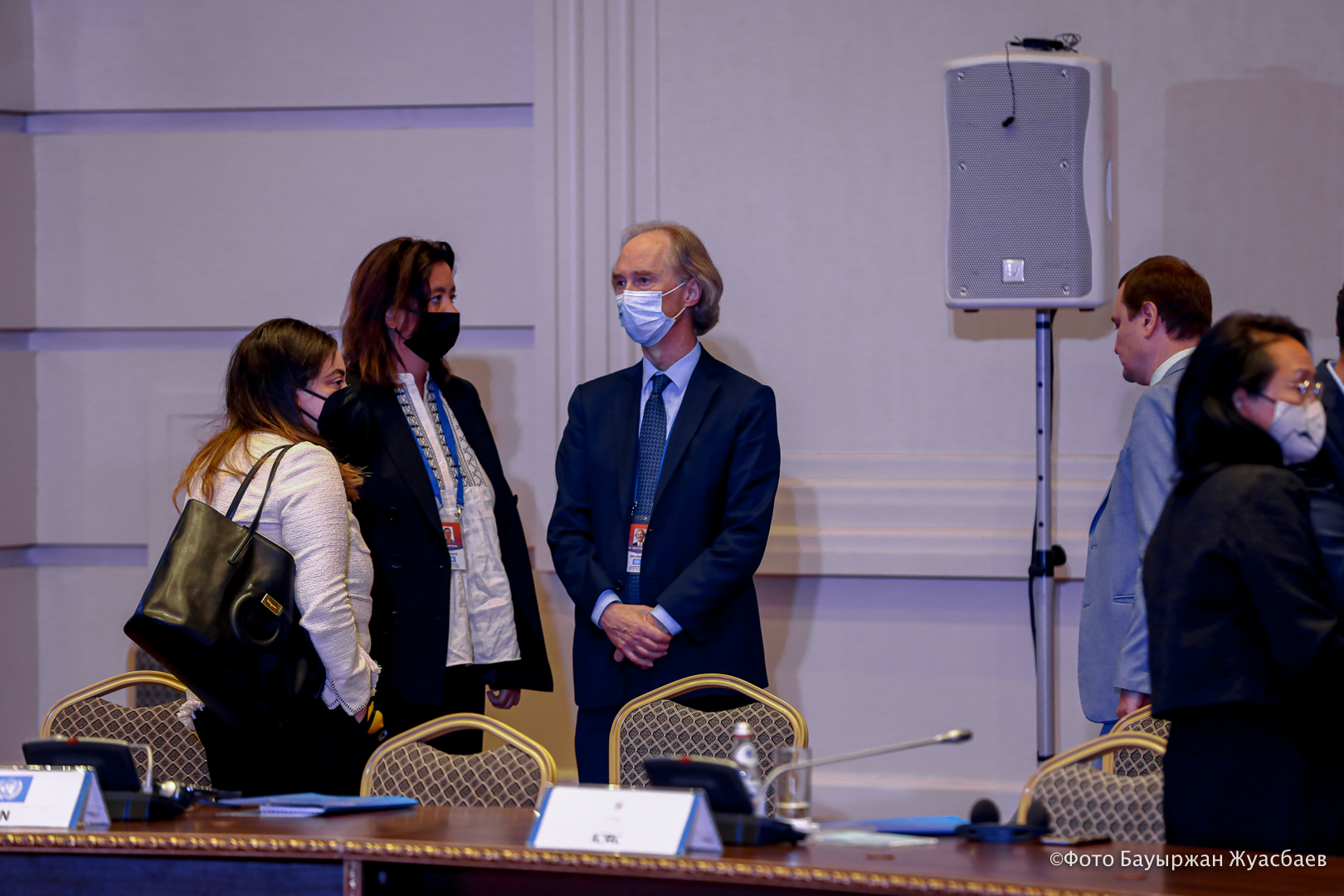 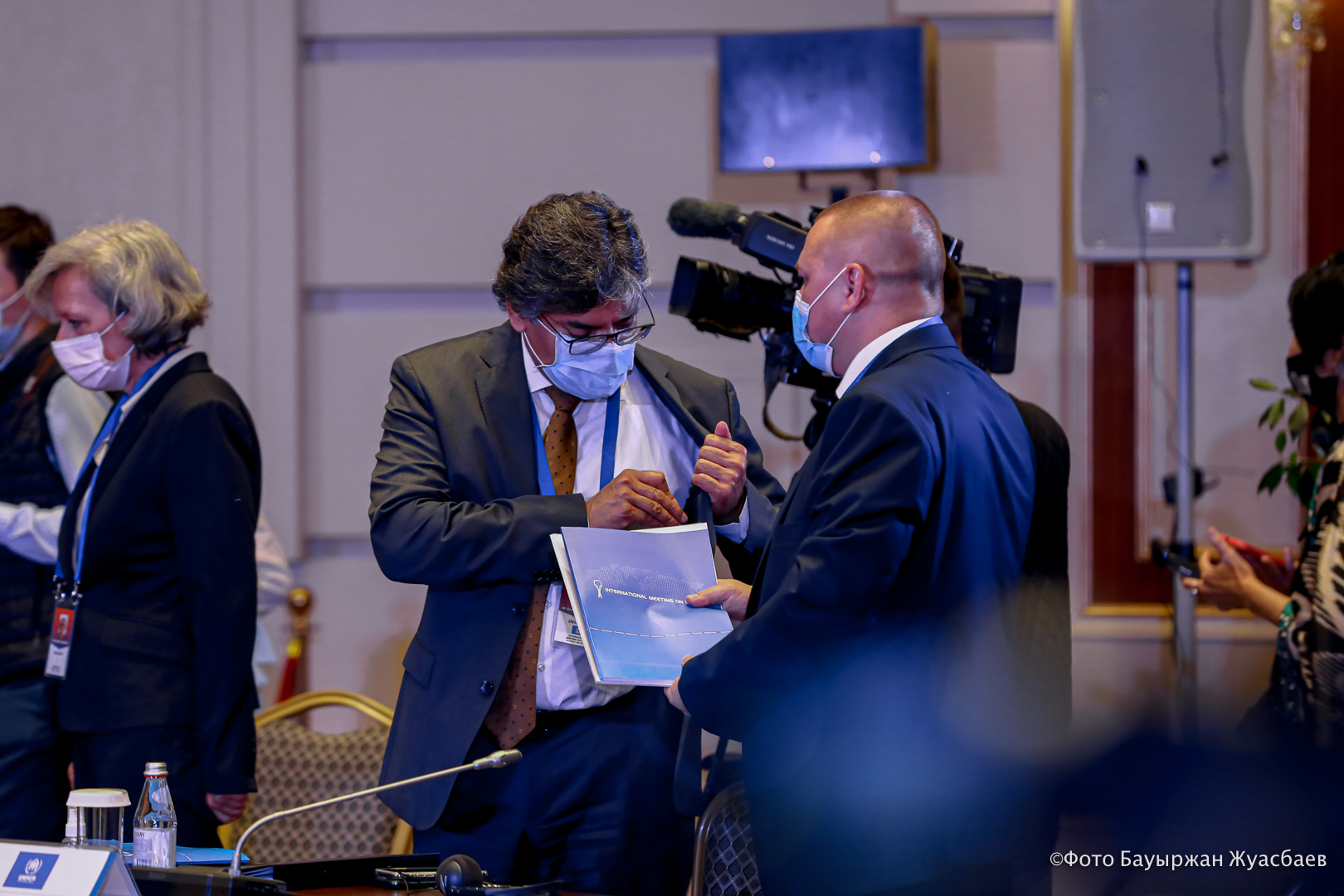 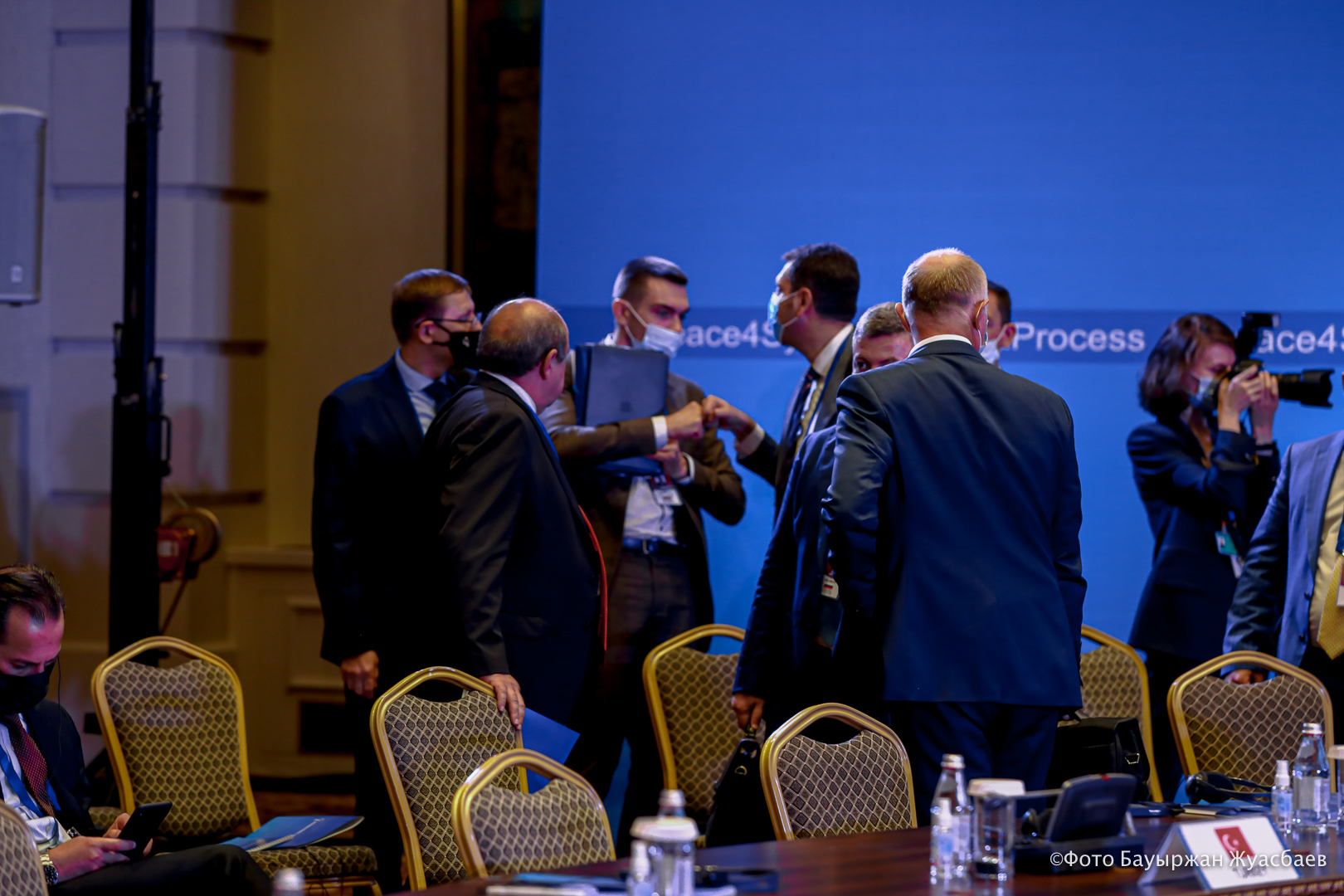 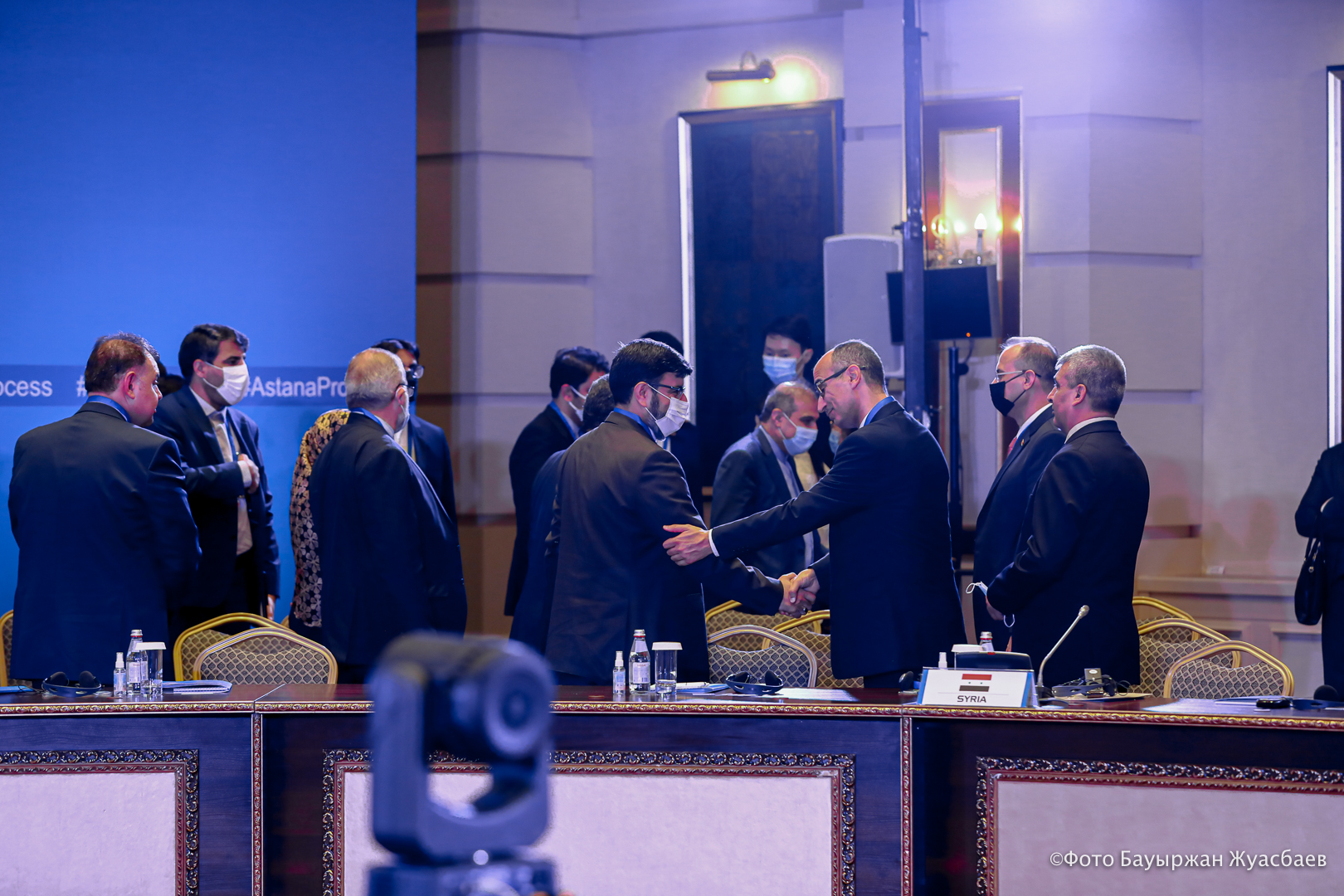 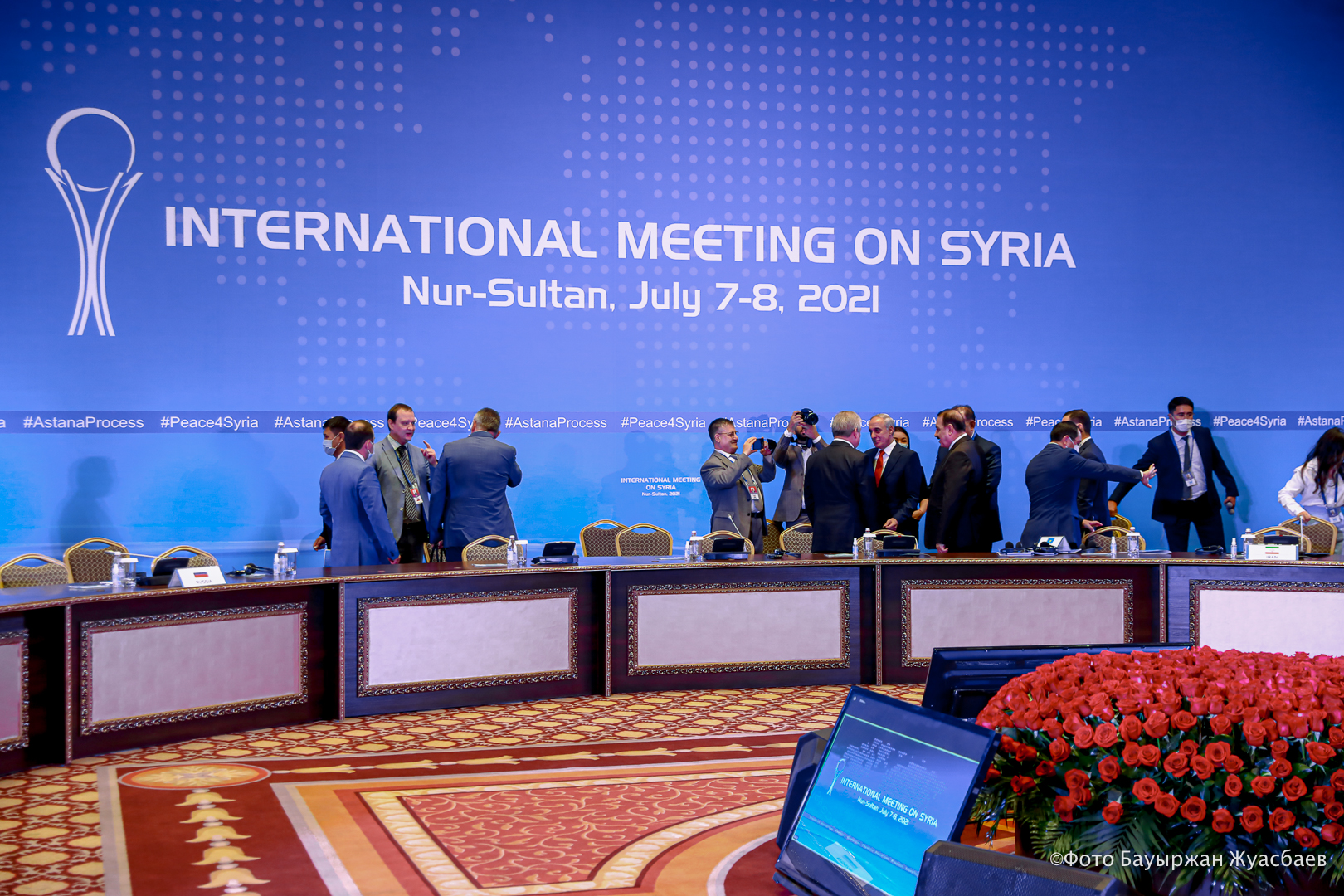