Kazakh Ambassador presented his credentials to the President of Latvia

On 10 December 2019, in Riga, Ambassador of Kazakhstan to Latvia Timur Primbetov presented his credentials to the President of the Republic of Latvia, Egils Levits, the Kazakh foreign ministry informs. 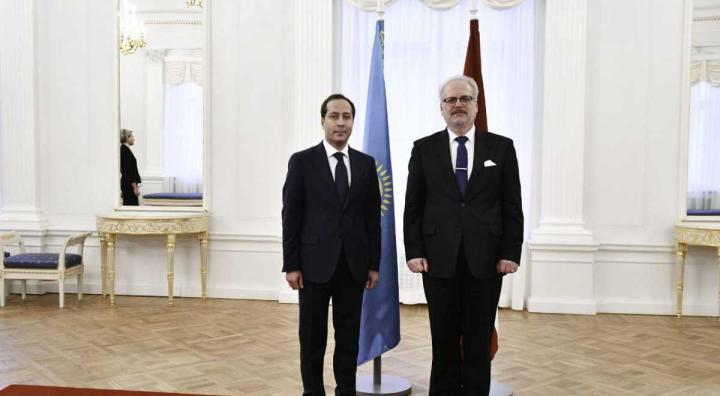 As part of the ceremony, a separate meeting was held with the President of Latvia in a warm and confidential atmosphere.

The meeting saw the parties reaffirm their mutual interest in further expanding and deepening relations across the entire spectrum of bilateral interaction. In particular, transit and transport cooperation, education, tourism, pharmaceuticals, IT and green technologies, cybersecurity, etc.

President Egils Levits emphasized that Latvia considers Kazakhstan as the main trade and economic partner in the region, as well as a center of stability and security in Central Asia.

The Latvian leader conveyed his best wishes to President Kassym-Jomart Tokayev and First President, Elbasy Nursultan Nazarbayev, and also congratulated the people of Kazakhstan on the upcoming Independence Day.