Ambassador of Kazakhstan to Mongolia Zhalgas Adilbayev held a meeting with Speaker of the Parliament of Mongolia Gombozhavyn Zandanshatar, Strategy2050.kz reports citing the Ministry of Foreign Affairs of Kazakhstan. 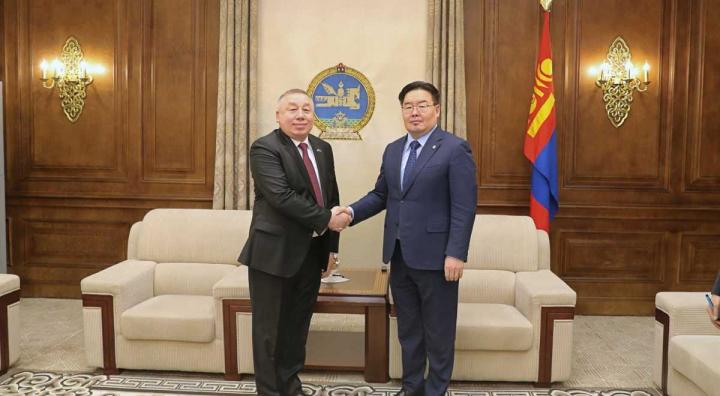 The sides discussed the prospects for further development of this year’s bilateral cooperation in such areas as pension provision, investment, agriculture, transport, education, science and culture, as well as the preparation of a number of interdepartmental documents. The interlocutors exchanged views on issues related to the strengthening of inter-parliamentary relations.

Mr. Adilbayev briefed Gombozhavyn Zandanshatar on some internal political and socio-economic changes in Kazakhstan, explained the goals and objectives of President Kassym-Jomart Tokayev’s policy to develop the country.

Mr. Zandanshatar emphasized the positive dynamics of the development of Kazakh-Mongolian relations and noted that Mongolia is set to expand bilateral cooperation with Kazakhstan in various fields.