The Head of State has received a famous playwright Rosa Mukanova and director of the Institute of Philosophy, Political Science and Religious Studies Akhan Bizhanov, Strategy2050.kz reports with reference to the press service of Akorda. 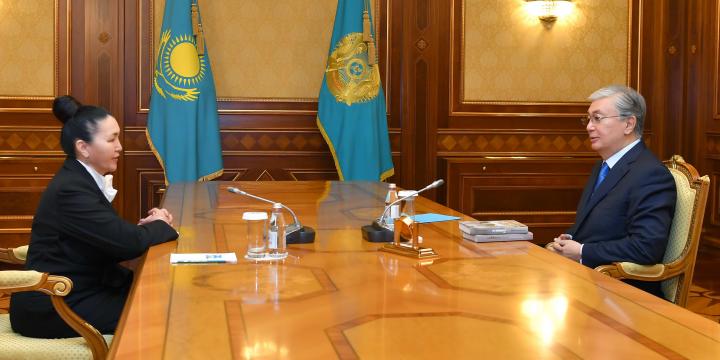 Rosa Mukanova has informed the President on the activities of the Kazakh National University of Arts in training young professionals. During the conversation, topical issues of the development of domestic drama and theatrical art have been also discussed.

Akhan Bizhanov has updated the President on the activities of the Institute of Philosophy, Political Science and Religious Studies, and also shared his vision of the current state and prospects of development of Kazakh science, ideology and culture.