The International Commission against the Death Penalty welcomes Kazakhstan's ratification of the Second Optional Protocol to the International Covenant on Civil and Political Rights, according to the statement published by the ICDP, reports Strategy2050.kz. 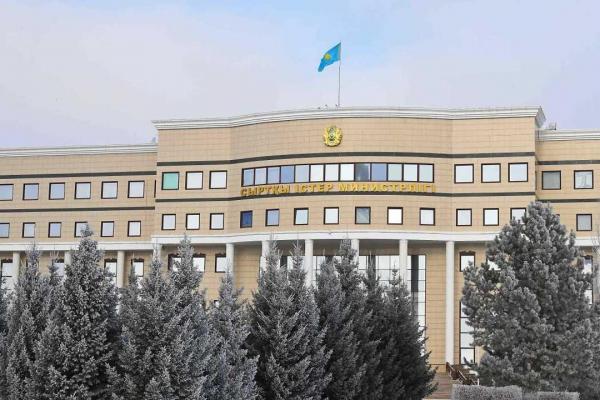 The International Commission against the Death Penalty welcomed Kazakhstan's ratification of the Second Optional Protocol to the International Covenant on Civil and Political Rights aimed at the abolition of death penalty.

This makes the country the 88th state party to this protocol. Kazakhstan signed the document on September 23, 2020.

By ratifying the document, Kazakhstan has made a "historic international commitment to end the death penalty during peacetime," said CDP President Judge Navi Pillay.

“I join ICDP Commissioners and our support group of member states in congratulating President Tokayev and his administration for the truly welcome ratification by Kazakhstan of the Second Optional Protocol. (...) For the ICDP, this is especially significant as the country is an important member state of the Commission. This decision is a momentous step not just for the country but also for the Central Asia region as it moves towards a death penalty-free zone. I am also very happy as the initial announcement by President Tokayev came a month after a very productive meeting of Geneva-based Permanent Representatives of the Central Asian region and Mongolia on making the region a death penalty-free zone, which was co-organized by the ICDP in November 2019,” said Judge Navi Pillay.

The ratification of the Second Optional Protocol was first proposed by Kazakh President Kassym-Jomart Tokayev in December 2019, when he instructed the country's Ministry of Foreign Affairs to start the required procedures to join the protocol.

Kazakhstan has had an official moratorium on the death penalty since December 2003. Life imprisonment was introduced in 2004 as an alternative punishment. In May 2007, Kazakhstan amended its constitution to abolish the death penalty for all crimes except for acts of terrorism resulting in loss of life and especially grave crimes committed in wartime.