The Indian military personnel will take part in the Victory Parade on Moscow’s Red Square on June 24, Russian Ambassador to India Nikolai Kudashev said, Strategy2050.kz reports with reference to TASS. 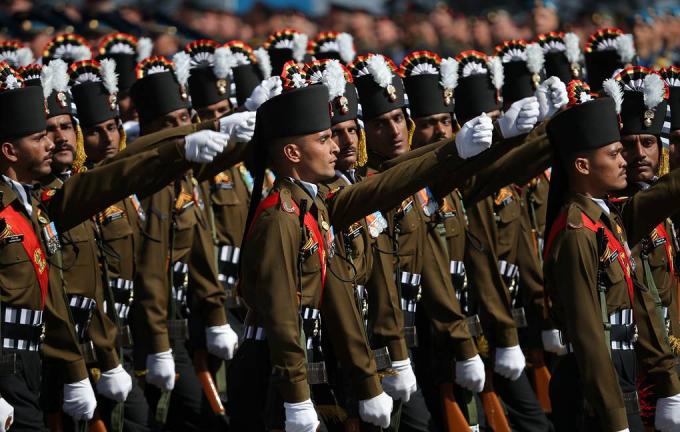 "India has confirmed its contingent’s participation in the Victory Parade on June 24. We are impatiently waiting for the Indian servicemen to march across Red Square. We are currently agreeing the practical aspects of the upcoming event with the Indian partners," the ambassador told Russian journalists in India.


According to the envoy, during the passage of the parade unit, the announcer will highlight India’s contribution to the victory over fascism and the fact that Indian soldiers were awarded the Red Star Orders in 1944.

Russia postponed the military parade on Moscow’s Red Square on May 9 devoted to the 75th anniversary of the Soviet Union’s victory over Nazi Germany in the 1941-1945 Great Patriotic War to a later date due to the coronavirus pandemic.

At a video conference with Defense Minister Sergei Shoigu on May 26, Russian President Vladimir Putin announced that the Victory Parade would be held on Moscow’s Red Square on June 24.

The Head of State explained he had chosen this date because June 24 was the day when in 1945 the legendary historic parade of victors took place, when soldiers, who fought for Moscow and defended Leningrad, who battled for Stalingrad, liberated Europe and stormed Berlin, marched on Red Square.