How do Nur-Sultan and Almaty’s residents assess the situation with littering?

Association of Ecological Organizations of Kazakhstan conducted a survey among residents of Nur-Sultan and Almaty cities in order to implement the Stop Musor social project to find out how they feel about littering their cities and whether they are ready to deal with this problem themselves, Strategy2050.kz reports. 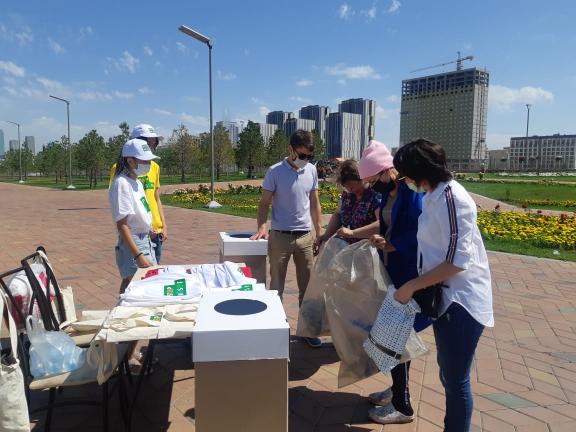 In total, 400 citizens of the two cities were interviewed.

According to the survey:

· For most residents of the two cities, the problem with garbage on the roads is relevant and topical.

· They are negative to the fact that people do not throw garbage in the bins.

· Men and young people between the ages of 18 and 24 are less critical of small household waste in public places.

As part of the survey, respondents were asked to answer whether they themselves litter in the wrong place?

In general, 70% of respondents emphasized that they did not do this, while men and young people from 18 to 24 years old more often admitted that they still throw garbage anywhere.

51% of Almaty residents surveyed believe that over the past six months the situation with littering in the city has not changed, and 6% - that it has worsened. While every second resident of Nur-Sultan, on the contrary, notes positive changes on this issue.

The respondents also noted that in their cities there are problems with garbage collection and disposal, there are not enough ballot boxes and garbage bins. This is especially true for residents of Almaty.

Among the additional problems, the respondents indicated the absence of special containers for sorting garbage, the absence of garbage processing plants, as well as the lack of education and lack of culture of the population.