The opening ceremony of the Honorary Consulate of Kazakhstan to Harjumaa, Ida-Virumaa, Tarumaa, Lääne-Virumaa took place on the Day of the Diplomatic Service, Strategy2050.kz reports with the reference to the press service of the Kazakh Ministry of Foreign Affairs. 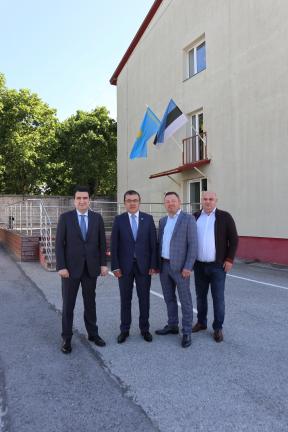 Deniss Boroditš, ex-member of the Estonian Parliament, Chairman of the Management Board of Talinna Linnatranspordi JSC, has been appointed as the head of the Consulate.

Ambassador of Kazakhstan Nurlan Seitimov noted the important role of the Honorary Consulate in the development of Kazakh-Estonian relations in all areas of cooperation, especially in the development of trade and economic cooperation between the countries, as well as protecting the rights and interests of citizens and legal entities of our country.