Global Covid-19 digest: the US to roll out vaccines for children aged 5 to 11

The United States prepares to roll out the Pfizer-BioNTech vaccine for children aged 5 to 11. In the meantime, the coronavirus restrictions are easing in the Asia-Pacific region, reports Strategy2050.kz. 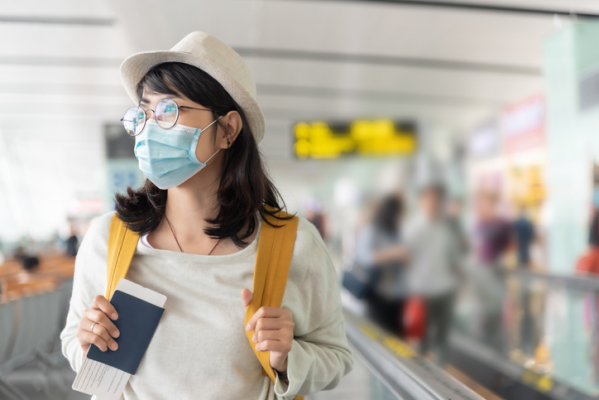 Nearly 28 million children will be eligible for pediatric jabs to be available at local pharmacies, pediatricians, family doctors, and children’s hospitals. Although children might develop milder infections, they are still vulnerable to multiple complications resulting from the infection, including hospitalizations and deaths. 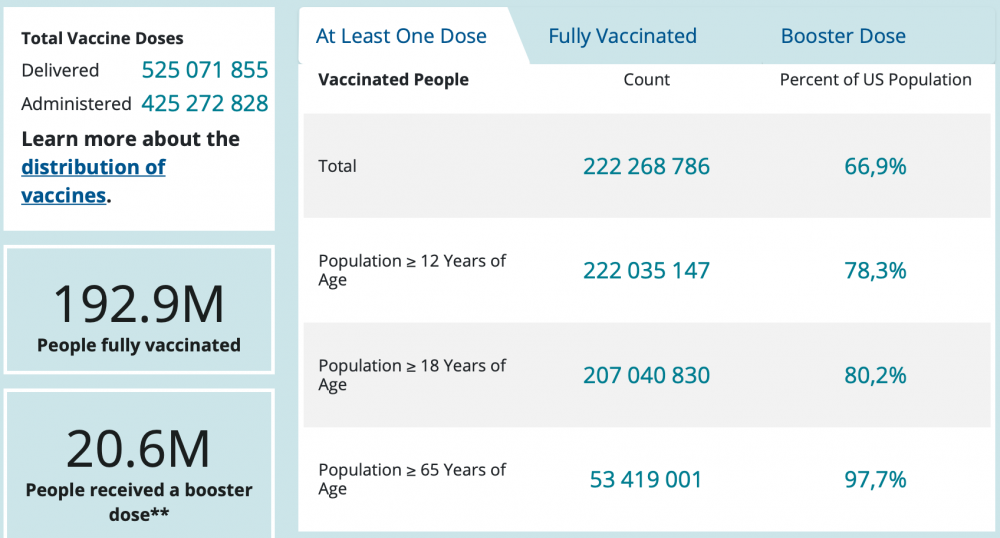 “Together, with science leading the charge, we have taken another important step forward in our nation’s fight against the virus that causes COVID-19. We know millions of parents are eager to get their children vaccinated and with this decision, we now have recommended that about 28 million children receive a COVID-19 vaccine. As a mom, I encourage parents with questions to talk to their pediatrician, school nurse, or local pharmacist to learn more about the vaccine and the importance of getting their children vaccinated,” said CDC Director Dr. Rochelle Walensky.

The start of vaccination for children is expected to start next week and is expected to decrease school interruptions. U.S. President Joe Biden described it as a “giant step forward to further accelerate our path out of this pandemic.”

“For parents all over this country, this is a day of relief and celebration.  After almost 18 months of anxious worrying every time that children — your child had a sniffle or started to cough, well, you can now protect them from this horrible virus, because that would always worry that it was coming along,” he said.

In Europe, the Netherlands announced the tightening of restrictions amid the surge in cases and hospital admissions. These will include the requirement to wear masks in more public places, extending the requirements for Covid passes, and working from home for at least half of normal hours. 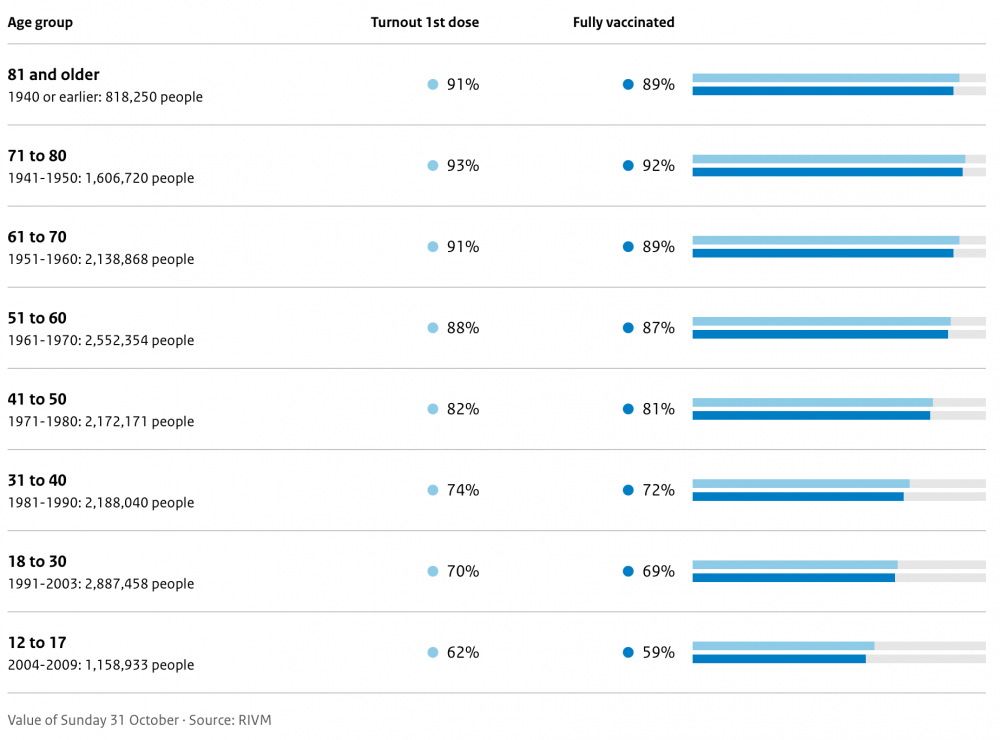 Covid passes show that a person is fully vaccinated and has recovered or tested negative less than 24 hours before entry.

The number of hospital admissions grew 31 percent. The number of infections rose 39 percent over the week in the Netherland across all age groups, according to the National Institute for Public Health and the Environment.

"It won't surprise anyone that we have a difficult message tonight. Infections and hospital admissions are rising quickly," said Dutch Prime Minister Mark Rutte.

At the moment, 84.1 percent of the population has been fully vaccinated, and 87.5 percent have received at least one dose.

Some countries in the Asia-Pacific region are opening up for people who can show proof of full vaccination.

Thailand reopens for vaccinated travelers from 60 countries, including the United States, the United Kingdom, Australia, India, Canada, and most of Europe. Travelers from these low-risk areas will only have to stay for one night in a specialized hotel while they wait for the results of a Covid-19 test.

Travelers, who are fully vaccinated, but not from the countries on the list, will have to stay for a seven-day quarantine in a government-approved hotel before they can travel across Thailand.

So far, 44.2 percent of the Thai population has been fully vaccinated.

Australia has eased international travel restrictions starting from November 1 for the first time since the pandemic began. For Australians, this means traveling without the need to receive a permit or quarantine. 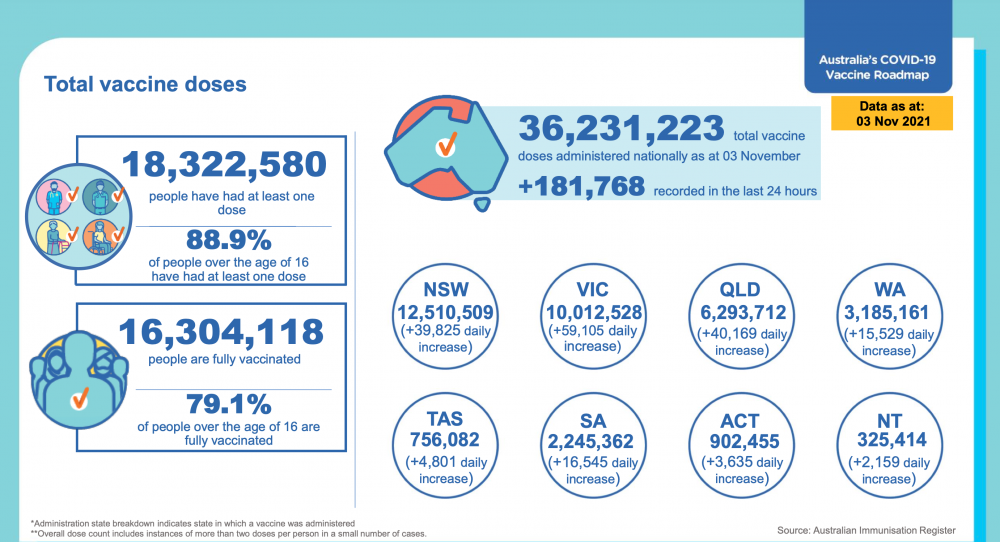 The changes, however, only apply to Australian nationals, permanent residents, and their immediate families, but are seen as the crucial step as the country prepares to reopen for foreign passengers.

But not all regions in Australia will see these changes, depending on vaccination rates and health policies in each state.

In Kazakhstan, the epidemiological situation improves, said First Vice Healthcare Minister Marat Shoranov at a government meeting on Thursday. The number of infections decreased twofold over the past three months.

As of November 4, Kazakhstan reported 944,501 coronavirus cases and 79,948 coronavirus pneumonia cases since the pandemic began, according to coronavirus2020.kz. 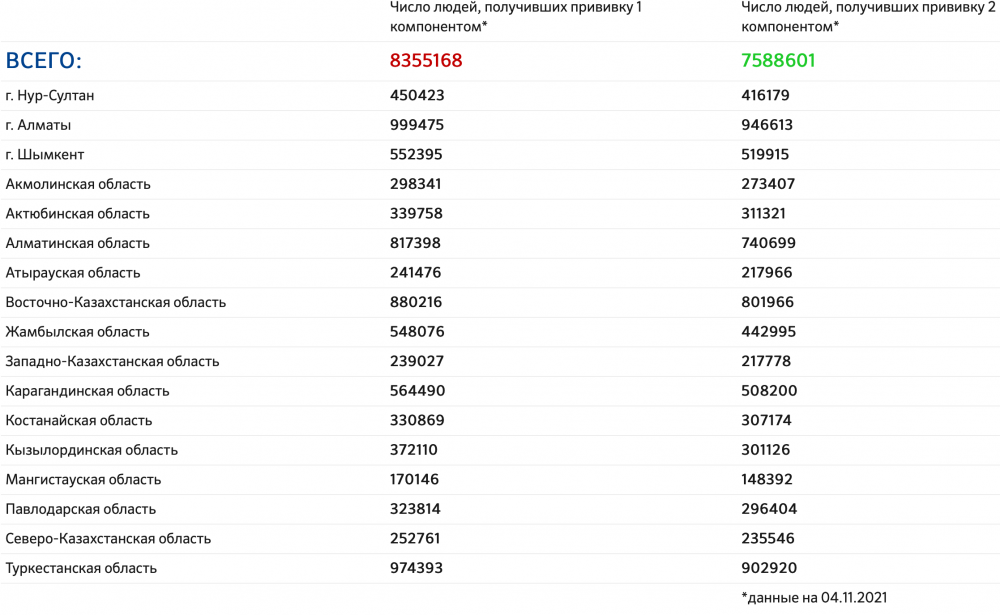 Shoranov said the Pfizer vaccine is expected to be delivered between November 8 and November 14.

Like other vaccines, Pfizer will be distributed depending on the size of the population in each region. The vaccine will be available for teenagers, pregnant and breastfeeding women.
автор: