From protests against mandatory jabs in New Zealand to record-high infection rates in Germany, read the latest about the global COVID-19 situation in Strategy2050.kz material. 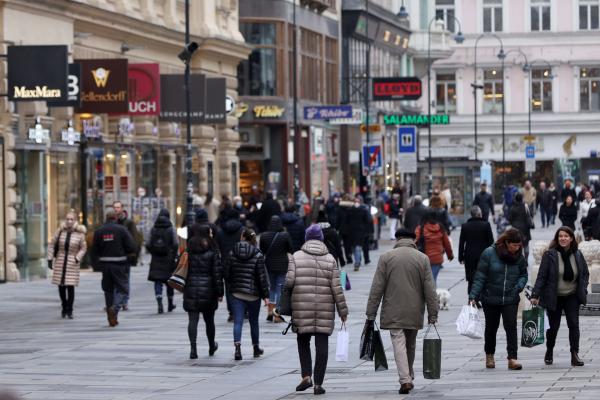 Thousands took the streets in New Zealand to protest against government lockdowns and mandatory vaccination. New Zealand still has one of the world’s lowest infection rates with fewer than 8,000 cases reported so far and 32 deaths.

In October, as New Zealand tried to fight off the highly contagious Delta variant, Prime Minister Jacinda Ardern said the country will require teachers and workers in the health and disability sectors to be fully vaccinated against COVID-19.

As of November 8, 89 percent of New Zealanders have had their first dose and 79 percent are fully vaccinated, according to the government data.

“Vaccination rates are climbing steadily, with fewer than 5000 doses to go before 90 percent of people have had their first dose,” said Ardern. “That’s a tremendous effort over the past couple of weeks. The latest numbers also show that 80 percent of Auckland’s eligible population is now doubled vaccinated. These rates offer us greater protection now, even as we continue to work to ensure every single person who can be, is vaccinated.”

Ardern, however, said that these protests “were not representative of the vast bulk of New Zealanders.”

Russia continues to see record-high infection rates after the government-imposed holiday week that was meant to curb the spread of coronavirus infection. The surge in cases is related to low vaccination rates and lax public attitudes toward preventive measures. Less than 40 percent of the country’s 146 million people are fully vaccinated.

Russia has confirmed more than 8.8 million cases and more than 248,000 deaths, according to the national coronavirus information center.

Moscow will keep some of the restrictions in place, including an order for older people to stay home and businesses to have 30 percent of their staff work from home.

The city also requires digital passes from people when visiting theaters and museums. The pass shows that they have either been fully vaccinated, recovered from COVID-19 within the last six months have a negative coronavirus test.

Germany also witnesses record-high infection rates despite the progress in vaccination, though only 67 percent of the country’s population is fully vaccinated. 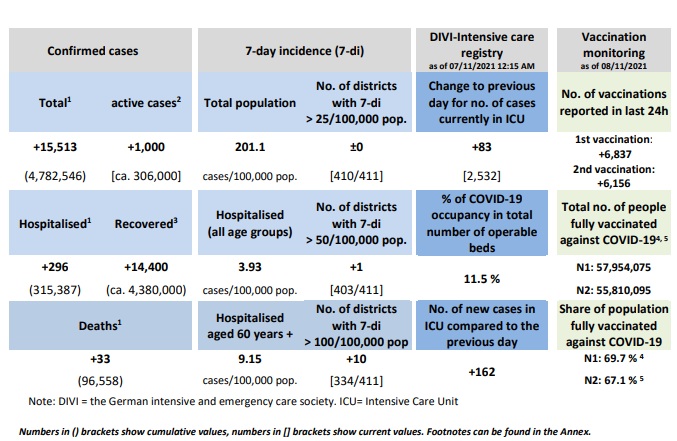 The cases are rising mostly among unvaccinated citizens.

"We are currently experiencing a pandemic mainly among the unvaccinated and it is massive," said German Health Minister Jens Spahn as quoted by Euronews.

Germany reported more than 4.78 million laboratory-confirmed cases of COVID-19 and more than 96,000 coronavirus-related deaths since January 2020, according to the country’s Robert Koch Institute. It reported 15,513 new COVID-19 cases over the past 24 hours after having its record 37,120 on Friday.

Coronavirus restrictions vary across the country’s 16 states. The eastern state of Saxony, for example, which has the country’s highest infection rates, imposed tougher restrictions – only those who are vaccinated or recovered from COVID-19 can visit indoor public places, i.e. restaurants and bars. Previously, people who present a negative coronavirus test were also allowed to access public places, but this decision is meant to motivate people to get a jab.

Austria followed a similar move by restricting access to public places for unvaccinated citizens. The country has still one of the lowest vaccinating rates in Europe with only 64 percent of the country’s 8.9 million population receiving a full vaccination course. 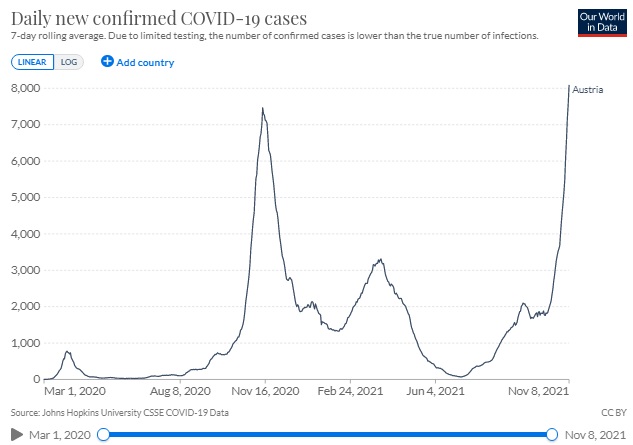 The restriction, known as a 2G rule, is expected to remain for the upcoming Christmas and New Year holidays.

"We have to raise the vaccination rate. We will therefore have to tighten the leash on the unvaccinated," said Austrian Chancellor Alexander Schallenberg as quoted by Euronews.

In the meantime, Kazakhstan prepares to start immunizing children over 12 years old, pregnant and breastfeeding women as it is expected to receive the BioNTech/Pfizer vaccine this week. 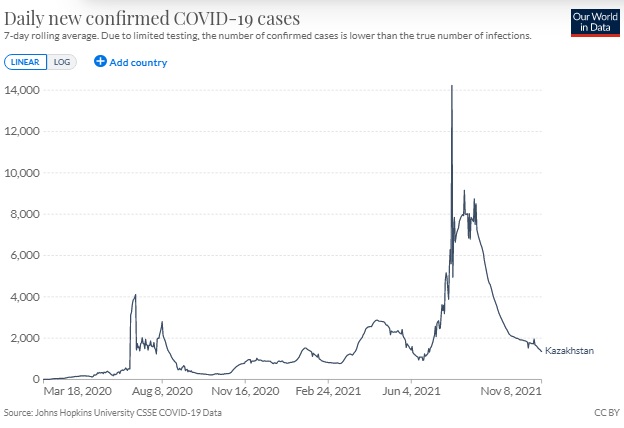 The Kazakh capital Nur-Sultan has received two freezers with temperatures ranging from -45 to -80 degrees Celsius. Vaccines will be delivered to vaccination rooms in special thermal containers.

There are more than 90 vaccination points in the city, and nearly 453,000 people received the first dose and more than 418,000 were fully immunized against the virus. 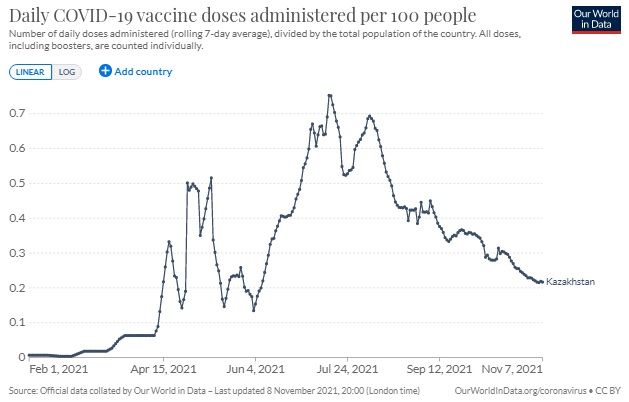 Overall, the country reported 950,539 coronavirus cases and 80,372 coronavirus pneumonia cases since the pandemic began, according to coronavirus2020.kz.

Kazakhstan also plans to start a revaccination campaign in the third decade of November.

“Every month our antibody titer decreases in our body. Many people got the vaccine, for example, we got it in February, and it's been nine months. We can see that the strain of the virus is circulating and mutating. Therefore, first of all, we recommend revaccination to people with weak immunity, the elderly, those over 65 years old. Because we see that mostly, people over 60 years old, with the weakened immune system, those who are on the front line - medical workers, law enforcement agencies - who have more contact with the population, are in hospitals,” said Elvira Ibragimova, deputy director of the Central Clinical Hospital in Almaty