According to Ruslan Dalenov, national economy minister of Kazakhstan, in January of 2020 the positive trends in macroeconomic indicators were achieved, Strategy2050.kz correspondent reports. 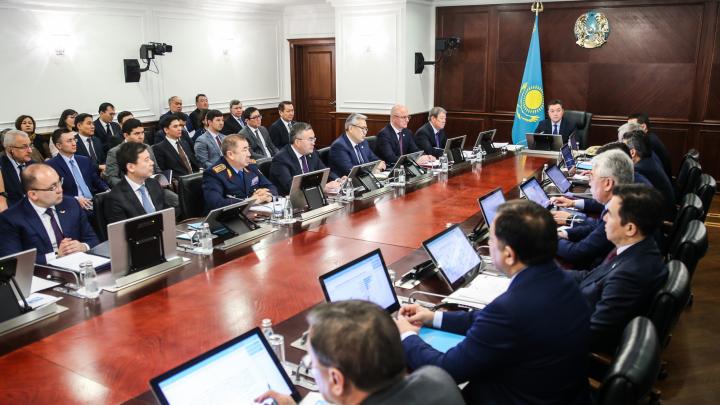 During his speech, the minister has pointed out the increases in all base sectors of the economy.

“This January saw the GDP’s growth accelerating to 3.6% against last year’s 2.9%. Investments in the fixed capital grew by 3.1%. The annual inflation was 5.6% within the target range of 4-6%. All base sectors of economy observed the positive outcomes, with construction increasing by 12.5%, communications by 9.8%, trade by 5.2%, manufacturing by 4.1%, transfer by 3.6% and agriculture by 2.6%,” the minister says.

He also marked a 7.8% rise in processing, with the five regions with the increase above the national level. Of these the three regions saw increases from 15% to 40%, with Kostanay region occupying a leading spot due to machine-building.

Construction in Turkestan region grew by 80% in this January. Such an increase was reached as a result of an active development of Turkestan as the region’s centre.

He has also spoke of the indicators for the present year in an effort to fulfill the tasks given by the Kazakh President.

“The key indicators for this year include a 4.7%-5% increase in GDP, creation of new 430 thousand jobs, increasing the share of investments in the fixed capital to up to 20% to the GDP, and that of SME to up to 30% to GDP, bringing non-primary exports to $18.6 billion, commissioning 15 million sq.m. of housing,” he said.