Former Minister of State for Defence Procurement of the United Kingdom Jonathan Aitken shares his thoughts on the beginning of Kazakhstan's nuclear non-proliferation path. 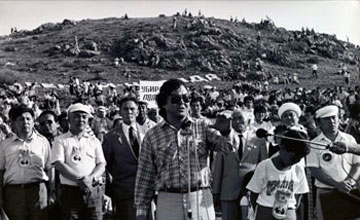 In the early 1990s, I had been Britain’s Minister of State for Defence in the Government of Prime Minister John Major. Along with all our NATO partners, we, defense specialists, were deeply worried about what was called the “loose nukes” problem of the post-Soviet republics. 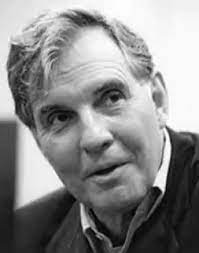 The suddenly independent state of Kazakhstan was at the heart of this problem for it had overnight become the custodian of over 1,200 nuclear warheads for intercontinental ballistic missiles (ICBMs) stationed on its soil. These weapons of mass destruction, up until December 1991, had been controlled by the Kremlin. They were now in the ownership of Kazakhstan.

The intelligence services and nuclear weapons departments of the Western world were awash with rumors about Kazakhstan’s plans, if any, for handling its newly acquired nuclear arsenal.

Did the country intend to become nuclear power in its own right to insure itself against possible hostilities from its predatory neighbors Russia and China? Might it be willing to sell some of its missiles to rogue states such as Libya whose erratic leader Colonel Gaddafi was rumored to be waving a checkbook before the eyes of the impecunious government of Kazakhstan? Was there a terrorist threat to the safety of these missiles and if so how could it be thwarted?

No one had a clue. The only certainty was that the decision-maker on these and many connected strategic issues was Nursultan Nazarbayev.

In the years immediately following the break-up of the Soviet Union, President Nazarbayev surprised America and its allies with his statesmanship on nuclear issues. In an early meeting with US Secretary of State James Baker, Nazarbayev explained that he was a leader with a long history of opposition to the stationing of Soviet missiles in Kazakhstan. He had an abhorrence of the horrific damage done to his country and his Kazakh people by irresponsible Soviet nuclear tests in the Semipalatinsk area. He was willing to cooperate fully with Washington and Moscow on the removal of warheads from Kazakhstan and the eventual nuclear disarmament of his country.

The secret negotiations to achieve these objectives were long and complicated. President Nazarbayev emerged from them with political honor at home and professional respect abroad. The respect from elite players of the worlds’ military powers grew into admiration as he delivered his promise to denuclearise his country.

The author is Jonathan Aitken, Former Minister of State for Defence, United Kingdom, and author of "Nazarbayev and the Making of Kazakhstan".