Foreigners receive services by principle of ‘one window’

AIFC governor Kairat Kelimbetov, mayor of the capital Altai Kulginov and minister of digital development, innovation and aerospace industry Askar Zhumagaliev agreed to cooperate to create favorable conditions and support investors, Strategy2050.kz reports with reference to the press service of the Mayor’s Office of the capital. 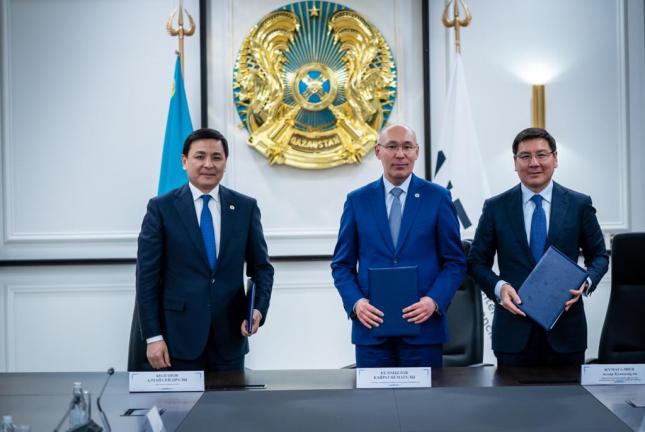 During the meeting on the further development of the capital, the Head of State instructed to take measures to form a language environment for residents and guests of the capital. Thus, English language courses for employees of public service centres, public health services, front offices under regional Governor’s Offices, and the City Services Centre “IQala” are operational, which adopt the experience and resources of the AIFC Expat Centre that offers State and non-State services in English to foreigners.

The employees of the IQala Urban Services Centre, the Astana Invest City Development Centre and the Government for Citizens Public Corporation will also provide services at the Expat Centre in the future. In addition, within the framework of cooperation, they will introduce the principle of trilingual parity for business entities: the presence of signs, advertising products, information stands in English.

Mayor Altai Kulginov noted that thanks to measures taken by the State, the investment climate is improving every year in the capital.

“30% of the total investments attracted are foreign. In cooperation with the Expat Centre, foreign citizens and companies are provided with access to services on a “one window” basis,” he said.

It is worth of note that the AIFC has a unique preferential visa and migration regime that provides favorable conditions for the entry and localization of AIFC foreign employees and their families. The Expat Centre is an integral part of the city and business infrastructure of Nur Sultan.