The fall of foreign direct investment flows on a global scale has become a serious test for the world economy. The pandemic, as well as related restrictions and quarantine measures, were behind it. In Kazakhstan, the FDI inflow is recovering, said Meirzhan Yussupov, Chairman of Kazakh Invest national company tasked with the promotion of investments into the country. 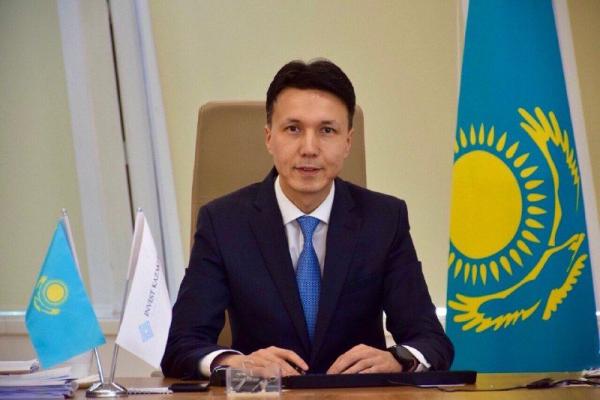 According to UNCTAD (United Nations Conference on Trade and Development, World Investment Report 2020), last year the volume of foreign direct investment (FDI) in the global economy declined by 35 percent to a total of $1 trillion, while the figure in 2019 was at $1.5 trillion.

At the same time, at the end of 2020, the gross inflow of foreign direct investment in Kazakhstan amounted to $17.1 billion. The decline in foreign capital inflows was leveled at 29.8 percent. Necessary measures have been taken to stimulate FDI and new tools to support investors have been introduced. In the first quarter of 2021, FDI amounted to $4.4 billion, 10 percent more than in the same period of last year - $4 billion.

Tell us about how the work on attracting investment in Kazakhstan is organized today?

The work on attracting investors is based on the principle of a three-tier system "foreign institutions - center - regions" with the extensive use of the potential of foreign embassies of Kazakhstan.

Joint work with government agencies to form order for investment is carried out. Attractive commodity groups are identified to organize production in Kazakhstan, taking into account the volume of the market, raw material base, logistics and export opportunities.

At the same time, the work on the preparation of investment proposals in accordance with international standards, for which international consulting companies, including from the Big Four, are involved, is carried out for significant and large projects.

This year 35 investment proposals have already been prepared. At the top of the list are projects in such sectors as agro-industrial complex, metallurgical, petrochemical, mechanical engineering, pharmaceuticals, building materials, light industry and others. It is planned to prepare 35 more projects by the end of the year.

As part of the proactive approach to attracting investors, these proposals are sent to all foreign institutions of Kazakhstan for targeting potential investors.

Today we have prepared a total of 158 investment proposals in accordance with generally accepted international practice. These are specific projects where there are already local partners, a business plan and financial models for the projects have been drawn up. This proactive approach to attracting foreign capital is proving effective - we have already attracted investors in 19 investment proposals and started the joint implementation of projects - local and foreign investors.

To avoid negative consequences, all countries around the world are introducing new tools to stimulate investment. So in Kazakhstan, to improve the investment climate and support strategic investors, we introduced a new tool – a strategic investment agreement, providing them with special conditions and helping to unlock the full range of investment opportunities in Kazakhstan. It is expected that this measure will have a significant impact on the development of priority sectors of the economy.

To this end, to provide end-to-end support for these strategic projects, a special Task Force negotiating team of Kazakh Invest and Astana International Financial Center Business Connect experts was created. At present the Task Force pool consists of 36 projects worth $9.25 billion with the participation of foreign strategic investors.

The basis for the process of increasing the efficiency of attracting investment was taken by the classical sequence of commercial private equity deals: the preparatory part, assessment, negotiations, the decision of the founders, signing the agreement and closing the deal.

The main factors in making a decision to invest, of course, are political stability, the legislative framework and state support measures. How important is it to promote a country's investment image on the world stage?

A country's investment image is a critical factor for investors when making decisions. The main purpose of image events, in line with global trends, is to strengthen the country's competitiveness in the fight for investors in international markets, attracting their attention to the investment climate and opportunities in Kazakhstan, explaining the benefits of Kazakhstan's market and the investment potential of the country.

The pandemic has also adjusted the way we communicate. Given the global trends, more and more image events are moving to an online format. Over the past 7 months, more than 18 thematic webinars have been organized in this format. More than 50 visits of potential foreign investors from the United States, Switzerland, Russian Federation, Israel, Portugal, Turkey, Qatar, United Arab Emirates, Sweden, were organized, and 19 delegations of investors were accompanied.

In the long term, this means new jobs, tax revenues to the budget, an increase in the country's export potential, and improved competitiveness of Kazakhstan's products in the global market.

Experts forecast the flow of foreign investment will recover closer to the end of 2022. How many projects have already been implemented in Kazakhstan and how many are planned to be implemented by the end of the year?

We expect that another 32 projects worth $4.1 billion will be launched by the end of the year including the construction of a processing plant in Karaganda Region, production of large diameter pipes in Almaty, a meat processing plant in Kostanai Region, as well as renewable energy projects.