The capital city of Kazakhstan, Nur-Sultan, is hosting on 28-29 November the European Union regional conference on enhanced integration for prosperity of Central Asia, which acts as a catalyst of regional integration among the five Central Asian countries and is sync with the new EU Strategy for Central Asia, adopted in June 2019. The conference has seen the signing of 3 EU programmes worth 28 million euros to support trade, the rule of law, investment and growth in Central Asia, Strategy2050.kz correspondent reports. 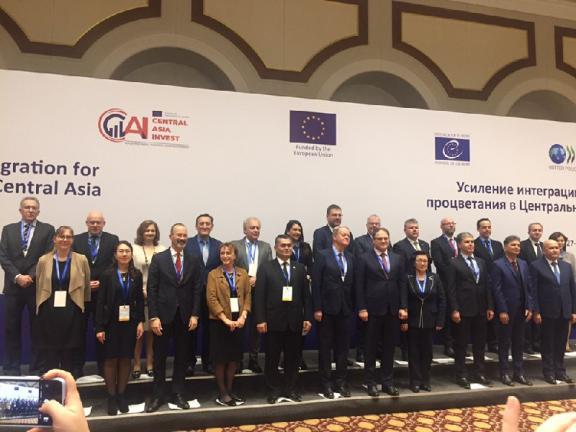 The EU Ambassador to Kazakhstan, Head of the EU Delegation to Kazakhstan, Sven-Olov Carlsson, who is at the helm of the programmes, the high-ranking government officials from Kazakhstan, Kyrgyzstan, Tajikistan, Turkmenistan and Uzbekistan, as well as representatives of the diplomatic and donor communities have been present.

Addressing the conference’s participants, Mr. Sven-Olov Carlsson has pointed out that the comprehensive political trade and economic relations among the European Union and the five Central Asian republics have been established. 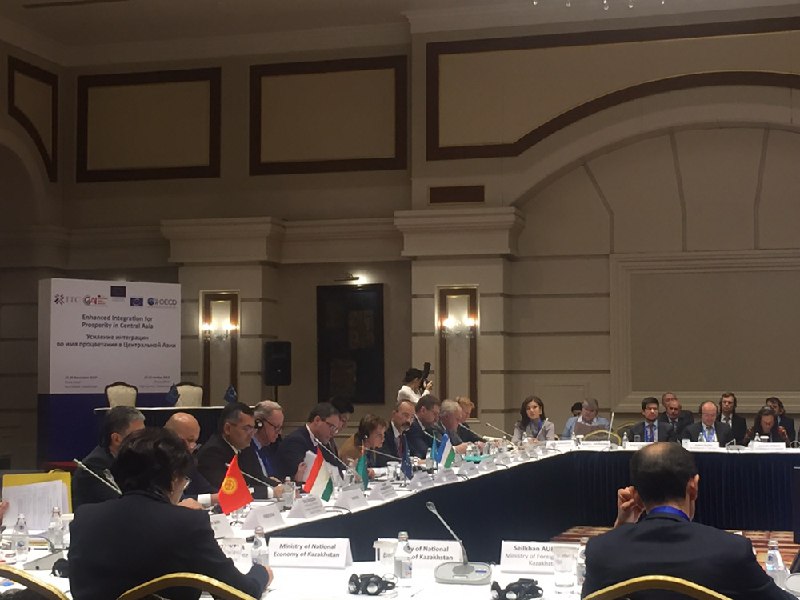 “The European Union has contributed to the economic and social modernisation of the five Central Asian countries building capacities and technical levels in key sectors, promoting EU international standards, and supporting the countries in their efforts to increase the overall living conditions. During these years, we have witnessed important achievements in each of the countries from the reform of education system and various sectors of public administration to economic diversification and development of public sector,” he said.

The willingness of the European Union to advance to the next stage, to further regional cooperation has been voiced during the event.

“Today, five months after the adoption of the Joint Communication on EU and Central Asia, we want to move to the next level and invest further in regional cooperation. We firmly believe that an enhanced regional cooperation will allow Central Asian countries to better manage their interdependence, address their vulnerabilities and shared concerns, unlock their economic growth potential, increase influence in international affairs while preserving at the same time their independence and identities. We expect a lot from the programmes we launch today and not only because they represent a significant investment of EU taxpayers' money. But also because we understand the importance and relative urgency the beneficiary countries assign to make progress on diversifying and making their economies more competitive,” he said.

Mr. Sven-Olov Carlsson has mentioned that improved rankings are important indicators of the progress made by beneficiary countries, underlining that for more ambitious countries they can serve as benchmarks for joining the OECD countries as improved rankings lead to increased volumes, higher GDP growth, and job creation.

“Among the expected outcomes of the EU activities for all the participating CA countries include improved ranking in the OECD trade facilitation indicators index, FDI regulatory restrictiveness index, measure of the administrative burden on startups index, measure of simplification and evaluation of regulations index, and improved ranking in the international index of level and corruption involving the business sector and governance indicators on the rule of law and control of corruption,” he said.

“The year 2019 has become the year of new opportunities and the year of new achievements, allowing us to take a fresh look at the structure and content of our ties with the European countries and Institutions. This year we have witnessed the adoption of the new EU Strategy for Central Asia. The document is very important for us as it outlines the priorities and provisions that are close and understandable to our region through which we want to achieve mutual benefits for Central Asia and EU countries,” he said.

He has expressed the hope that the EU Strategy for Central Asia will become a new driver for cooperation in the field of regional security and stability, and sustainable development.

“Slightly more than 2 weeks ago I took part in an inauguration ceremony of the trilateral cooperation programme between the EU, Kazakhstan and Uzbekistan on the economic empowerment of Afghan women, supported and implemented by the UNDP. The programme, educating 50 Afghan women in the leading universities of Kazakhstan and Uzbekistan until 2025, is unique for us as it is the first project of the EU initiated by the Central Asian nations,” the deputy foreign minister said.

He has wrapped up his speech by emphasising that there are real opportunities to bring the EU-CA cooperation to a qualitatively new level by enhancing it and incorporating new elements.

The signing of the programmes has seen Ms Verena Taylor, Director of the Directorate General of Programmes at the Council of Europe, Mr Ashish Shah, Director of the Division of Country Programmes at the International Trade Center (ITC) and Mr William Tompson, Head of the Eurasia Division at the Organisation for Economic Co-operation and Development (OECD). The Council of Europe, the ITC and the OECD are the international bodies are about to implement the programmes.

As part of the Conference ministerial panel discussions on the challenges the new EU Strategy for Central Asia focuses on have taken place, with an emphasis on the Central Asian governments, EU and its partners, and the private sector’s steps toward action. The panellists, including the ministers and deputy ministers for economy and justice, have had deliberations on the Central Asian countries’ priorities regarding in regard to investment attraction and sustainable and inclusive growth, plans for promoting regional and international trade integration and efforts to improve the rule of law.

On the second day the EU regional programme “Central Asia Invest” will be in the spotlight.

Given Central Asia’s strategic role, the European Union has been engaging the region’s governments in promoting integration, sustainable economic growth and shared prosperity. 17 June 2019 has seen the adoption of the new EU Strategy for Central Asia by the European Union member nations, giving priorities to greater resilience and prosperity, regional connectivity, the rule of law, investment attraction and private sector development.