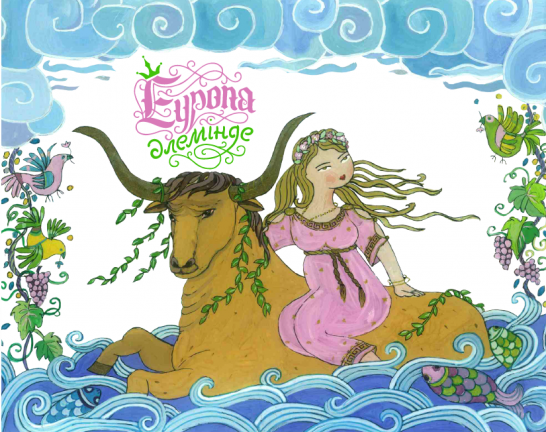 The book is bringing together a single collection of legends and other traditional stories from the EU countries, assembling Europe’s cultural heritage. The aim of the book is to find a common foundation for the charming variety of folk traditions from Europe’s nations while at the same time revealing the unity of the Old Continent’s values.

The book presents a folk tale, fairy tale, legend, myth or proverb from 27 EU’s Member States. Some of the rare unique tales are being presented for the first time in Kazakh language.

“I am certain that readers in Kazakhstan will find all these tales familiar. Culture recognizes no borders and generates influences across continents and sometimes even beyond. We actually have much more in common than we sometimes realize, and to illustrate that is part of the purpose with this book”, EU Ambassador to Kazakhstan Sven-Olov Carlsson.

“We hope that through our illustrations the readers will meet with magic creatures and heroes of the fairy tales and immerse into that atmosphere of the medieval time”, say Kussianov sisters.

To present the book, the EU Delegation has recently launched an online campaign. Videotales with Ambassadors of the European Union member states will be released daily on the Delegation’s social media pages to introduce the public to the magic world of European Tales.

The e-version of the book can be found on https://eeas.europa.eu/sites/eeas/files/europa_leminde_ertegiler.pdf