Election of rural akims in Kazakhstan to take place in July

Over the past two years, Kazakhstan has witnessed several major reforms aimed at fostering the concept of a listening state initiated by Kazakh President Kassym-Jomart Tokayev, and one of them was a direct election of rural akims. The election of more than 700 rural akims is scheduled for July 25, reports a Strategy2050.kz correspondent. 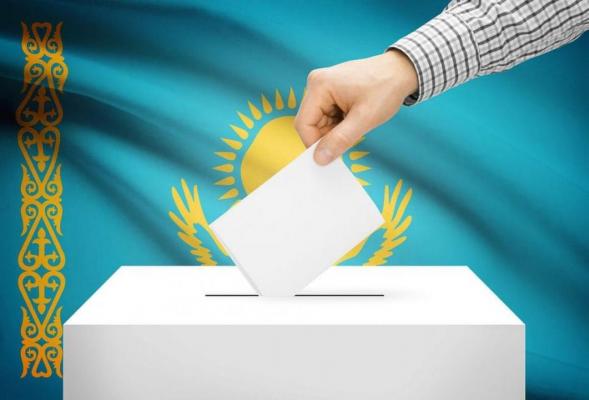 The initiative was first voiced by Tokayev in his address to the nation delivered in September 2020. Improving the lives of the people will only be possible through their greater civic engagement and involvement in the making of reforms.

At the first stage, 729 rural akims will be elected and 46 more local authorities are to be elected by the end of the year.

The reform is crucial given the fact that more than 40 percent of the country’s population lives in rural areas and now they get a chance to elect their governors themselves.

“Opinion polls show an increased demand for the election of rural governors. This important step should be approached carefully and consistently. We need to clearly understand how this system will work in practice. However, the solution to this issue cannot be postponed indefinitely. The term of office of a number of heads of rural districts will end next year. I believe it is possible to conduct direct elections of rural governors,” he said back then.

The bill, which among other novelties decreases the electoral threshold from 7 to 5 percent for Majilis elections and introduces the “against all” option on an electoral ballot, was endorsed by the Kazakh Parliament in May. Tokayev signed the amendments into law on May 25.

The upcoming elections will also for the first time have the “against all” option on electoral ballots, which was introduced with the amendments to the law.

“This landmark initiative of the head of state was qualitatively implemented in fact within six months. Overall, the introduction of ‘against all’ is a greater step towards expanding the electoral rights of citizens. This novelty will allow displaying the entire spectrum of political views during elections and will contribute to the enhancement of political culture and electoral activity of Kazakhstan's citizens,” wrote Erlan Karin, Aide to the President of Kazakhstan, in his Telegram channel.

Nearly US$11.2 million will be allocated from the budget for the elections.

Elections of the remaining akims are expected to take place in 2022-2025, as their powers expire at a different time.

Who can be nominated?

Candidates could be self-nominated or nominated by their party. To be elected an akim of a city, village, town, or a rural district, a candidate must be a citizen of Kazakhstan, must be at least 25 years old, prove legal capacity, comply with the requirements of the national legislation in the civil service, not to have a criminal record and the fact of committing a corruption offense.

In case of a self-nomination, a candidate must first gather at least one percent of the votes of the total number of voters in the respective constituency.

According to the law, elections are scheduled by territorial election commissions at least 40 days in advance and are held at least 10 days before the expiration of the term of office of the current akim.

What do experts say?

Most experts commend the initiative. Coupled with other political reforms, it could facilitate the development in rural areas, boost further decentralization of state administration and bring local self-government into widespread practice.

“A total of 10 laws have already been adopted by now as part of the political reforms of President Kassym-Jomart Tokayev, and a number of other laws are also planned to be adopted by the end of the year in this direction,” said Karin.

Some issues, however, require greater consideration, according to political expert Andrey Chebotarev.

“For example, the uncertainty of the format of relations between akims of different levels elected in the future, and akims of the corresponding regions of the country. In addition, the draft concept does not include measures to improve the activities in the capital, cities of state and regional significance of territorial councils of local self-government,” he wrote in his latest analytical report.

Overall, the election of rural akims, once implemented, can pave a way for a strengthened system of local self-government and will foster the direct election of regional akims.