Elbasy remains the intelligent core of the nation - Saltanat Rakhimbekova

Elbasy remains the political guarantor of reforms of the foreign and domestic policy, the intelligent core of the nation, Saltanat Rakhimbekova, Doctor of Economics, Chairwoman of the Board of the ALE “Coalition for Green Economy and G-Global Development”, member of the Council for the Transition to the Green Economy under the President of Kazakhstan, Chairperson of the Public Council of the Ministry of Ecology, Geology and Natural Resources of Kazakhstan shared her opinion in the interview with the Strategy2050.kz correspondent. 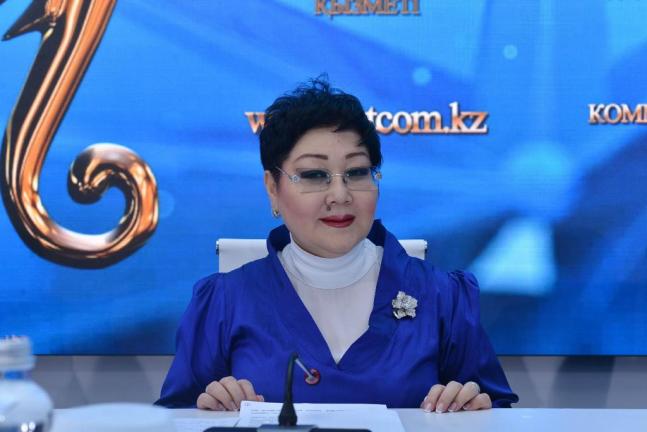 - How could you characterize Nursultan Nazarbayev as a wise and far-sighted politician, his contribution and role in the country’s development?

- Led by Elbasy, Kazakhstan has become one of the most economically and socially stable world countries. We have no foreign and domestic political conflicts, color revolutions.

In terms of reformative and international initiatives, innovative approaches in various spheres, creative thinking, in the number of books and publications, First President of Kazakhstan Nursultan Nazarbayev has no equal. Such initiatives as the closure of the Semipalatinsk nuclear test site, Eurasian integration, Astana Economic Forum, Expo 2017, Green Bridge, G-Global, the World Anti-Crisis Plan, Radical Update Strategy, Global Energy and Environmental Strategy and many others put Kazakhstan in the top ten most proactive countries thinking about the progress of all mankind and the new development paradigm.

- What could you say about Kazakhstan’s new system of values ​​created by Elbasy?

- After the demise of the Soviet Union and the transition to a market economy, some countries lost their previous spiritual values ​​and came under the influence of the West, the cult of money, reduced their cultural and intellectual potential, and the new young generation began to lose patriotism. Multinational Kazakhstan managed to avoid this in many ways. The Assembly of People of Kazakhstan works to preserve and develop the traditions of ethnic groups, intercultural dialogue, and support for interethnic harmony.

In his article “The Course Towards Future: Modernization of Public Consciousness”, Elbasy writes “I am sure that the large-scale reforms that we’ve started should be complemented with advanced modernization of public conscience. It won't just complement the political and economic modernization; it will be in its core... The first condition for modernization of a new type is the preservation of our culture, our own national code”. At the initiative of Elbasy, Kazakhstan has launched the “Rukhani Zhangyru” (Spiritual Modernization) program.

- What is the role of Elbasy in the international arena?

- Under his leadership, Kazakhstan has established good relations with key external players: Russia, China, the European Union, the USA, and the Central Asian countries.

Nursultan Nazarbayev played a huge historical role in the Eurasian integration, in the creation of the CIS, the EAEU, and in “minimizing” the difficult political and economic consequences of the USSR collapse.

It stands to reason that at a meeting of the Supreme Eurasian Economic Council on May 29, 2019 Elbasy was elected honorary chairman of the EAEU at the suggestion of Vladimir Putin.

Kazakhstan is geographically located between the two countries that are called world powers - Russia and China.

Nursultan Nazarbayev is an outstanding peacemaker in history. 25 years ago, Kazakhstan was the first country in the world to forever close the Semipalatinsk nuclear test site. This is the first and the only case in world practice. Then the young state voluntarily renounced possession of the sinister legacy of the USSR — the fourth potential in the world of atomic weapons and their delivery vehicles. This decision encouraged leading nuclear powers to declare a moratorium on nuclear testing.

Under the auspices of the IAEA, Kazakhstan established the Low Enriched Uranium Bank, intended for the states planning to develop nuclear energy.

At the 70th session of the UN General Assembly, Kazakhstan put forward the initiative to develop the 2045 Global Strategic Initiative Plan. This Plan addresses the root causes of wars and conflicts. It is important to build a new development trend on the basis of equal and fair access of all nations to infrastructure, resources and markets. It is proposed to be implemented on the occasion of the 100th anniversary of the UN.

Elbasy initiated the creation of a communication platform for the independent global dialogue G-GLOBAL, which includes the five components of the safe and prosperous world of the 21st century. These are: Comprehensive project for reforming the global financial and economic system; Nuclear-Weapons-Free World; Congresses of world and traditional religions; Single continental platform for Euro-Atlantic and Euro-Asian security; Global Energy and Environmental Strategy and Green Bridge.

In his book, “G – GLOBAL. The world of the XXI century”, released in 2013, he described in detail the mission of G – GLOBAL as the ideological foundation of the mankind transformation.

- What could you say about initiatives put by the First Kazakh President in the sphere of green economy?

- In his Ph.D. dissertation “Resource-saving strategy in the conditions of formation and development of market relations”, in his book “Resource-saving strategy and transition to a market economy” (1992), he first substantiates that, with appropriate legal instruments, the state’s costs for environmental protection and introduction of environmental technologies can pay off with high returns. And this is the main principle of the green economy.

In 2010 Elbasy put forward the first global initiative on the green economy and the transfer of green technologies - the Green Bridge Partnership Programme.

This is the only international environmental program in the world approved by two UN regional commissions - EEC and ESCAP. It details activities in various sectors, principles of reforming the economy and regulatory framework, education and enlightenment.

In his speech at the 4th Astana Economic Forum on May 3, 2011 he said that the introduction of resource-saving technologies and instruments of the green economy are the main components of our industrial policy for the next decade.

In the State-of-the-Nation Address dated December 14, 2012, “Kazakhstan-2050 Strategy: New Political Course of the Established State”, he said “I propose creating the Green Bridge international organization in 2013… We need to accelerate the transition to a low-carbon economy”.

In 2013 he approved the Concept of Kazakhstan’s transition to the green economy. It sets the tasks to bring the strategic and sectoral plans of state bodies in line with the provisions of the Concept, to include measures in regional programs of territories, to identify the most effective projects for further commercialization, and to determine demands for specialists in employment programs.

On his initiative, Kazakhstan put forward the project of holding the international specialized exhibition Expo-2017 “Future Energy”, which became the most environmentally friendly Expo exhibition in history, where all countries demonstrated their programs and initiatives in the sphere of green economy and climate.

In general, the strategies put forward by Elbasy Kazakhstan-2030, Kazakhstan-2050, and the Strategic Development Plan of the Republic of Kazakhstan until 2025 have the task to transfer from a raw material economy to an innovative resource-saving economy based on advanced technologies, with deep processing of raw materials, minerals and agricultural products, with the stimulation of innovation and the development of venture business.

- A number of programs and projects to support the green economy are implemented in the country with the support of Elbasy. How did all this affect the country’s development?

- At his instruction, 128 technologies presented by the countries at Expo-2017 were selected and are introduced.

Commitments to increase renewable energy by 2030 are accepted. The capital city of Nur-Sultan opened the International Center for Green Technologies and Investment Projects, which became a kind of successor to Expo-2017 and building up technological tools for the green economy.

In the Addresses of First President Nursultan Nazarbayev dated January 31, 2017; January 10, 2018; October 5, 2018 he called the rise of agriculture with the production of organic food and mass education of farmers as the new driver of economic development.

Based on the Concept of Kazakhstan’s transition to the green economy, the country adopted the Law on production of organic products.

Investments in the electric power industry by 2050 will amount to about $ 100 billion, half of them will account for alternative energy sources.

- How is the course of Elbasy implemented now by his successor Kassym-Jomart Tokayev?

- Exactly one year has passed since Second President of Kazakhstan, Kassym-Jomart Tokayev, took office. He is the closest team-mate of Elbasy, outstanding political and international figure, who became the UN Under-Secretary-General.

It was an initiative of Elbasy, a creative political move with the aim to take a well-deserved rest and renew the country's leadership and accelerate the reforms of the third modernization while maintaining the political stability that we all cherish. The transition to the new leadership was successful, without political upheavals and incidents, without attempts to intervene from outside other countries.

Over the past year, the country's GDP grew by 4.4%, reforms of the third modernization are gaining momentum, especially in the sphere of agriculture, public administration, digitalization and de-bureaucratization.

Having become the Second President, Tokayev began to systematically continue the initiatives launched earlier by Elbasy, to build a model of a socially-oriented, inclusive market economy that meets all the criteria for sustainable development.

Elbasy leads the Security Council, remains the political guarantor of reforms of the foreign and domestic policy, the intelligent core of the nation.

- Thank you for the interview!