In a changing political landscape and amid a great variety of different actors involved in international relations and diplomatic processes, the role of economic and trade diplomacy is ever more important. Economic diplomacy helps a country resist an economic downturn and advance economic interests, said Bekzhan Sadykov, a senior research fellow at the Kazakh Institute of Strategic Studies, in an interview with a Strategy2050.kz correspondent. 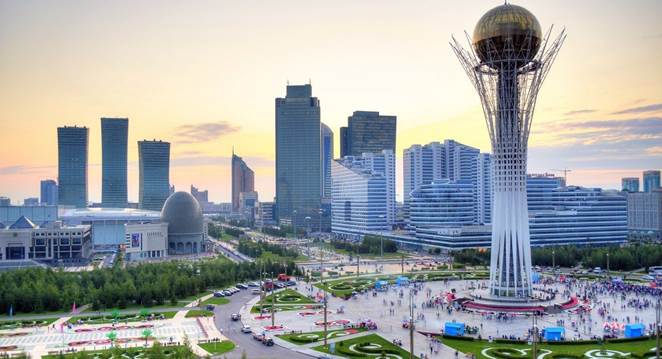 Economic diplomacy represents a major component of international relations and it has become more important with greater interconnectedness of countries and globalization, and with challenges becoming a common concern.

“In the 21st century, the attention of countries to economic diplomacy continues to increase amid unequal distribution of the costs and benefits of globalization, existing gaps in economic and technological development, new threats to the sustainability of the world economy and tougher competition,” said Sadykov.

“There are two main links in the national system of our economic diplomacy. The first is the center and the second is the periphery. The center is represented by the central agencies of the executive branch, while the periphery is represented by diplomatic and consular foreign missions of the Foreign Ministry, trade missions, Kazakh Invest national company and the Chamber of Foreign Trade,” said Sadykov.

The categorization of the system is, however, more tentative, because they complement each other, rather than reflect a top-to-the-bottom system. This, in turn, helps “develop effective strategic decisions on the ground and at the level of the state,” according to the expert.

In 2019, the country has created a separate coordinating council to pursue this goal, chaired by Kazakh Prime Minister Askar Mamin. It restructured Kazakhstan’s investment mechanism back then.

“The volume of gross foreign direct investments inflow to the country from 2015 to 2019 amounted to $104.7 billion, down by 16.6 percent compared to the period from 2010 to 2014. Meanwhile, the gross FDI inflow to Kazakhstan for nine months of 2020 amounted to $12.6 billion. This is less than the figure for nine months in the crisis year of 2008. This is primarily due to the unprecedented impact of the pandemic on the entire global economy,” said Sadykov.

He believes Kazakhstan needs to focus on state policies and expand the geography of countries investing in the Kazakh economy. An important role in this task is ascribed to the Foreign Ministry that has been responsible for this area since 2018.

“Investors will come to a place where there are the needed conditions and climate,” said Sadykov.

Promoting domestic producers to foreign markets is another important priority in economic diplomacy. They have a significant potential for entering foreign markets, including that of the Eurasian Economic Union.

To foster the process, Kazakh producers can benefit from the country’s increased presence in other countries through trade representative offices and with a focus on analytics.

“At the same time, the foreign trade turnover decreased by 13 percent compared to 2019 to $85 billion. Exports decreased by 19.1 percent and imports by 4.1 percent. The importance of foreign trade against the negative impact of external factors on the foreign economic activity of the country creates prerequisites for the improvement of the economic diplomacy system,” said Sadykov.

Economic diplomacy goals and targets are contingent upon the country’s foreign policy vector.

Since gaining independence in 1991, Kazakhstan’s First President Nursultan Nazarbayev laid the foundation for the country’s multi-vector foreign policy that continues to shape its policies up to these days.

Politics, however, are increasingly affected by economic factors, said Sadykov.

“Globalization and so-called post-globalization, reflected in the deepening international division of labor, transnational business, significantly change the conditions of coexistence of countries in the international arena. It increases the vulnerability to external factors and results in the emergence of new threats to international and national security,” he said.

Economic diplomacy is therefore a combination of economic decisions and politics to ensure economic security.

During the expanded meeting of the Ministry of Trade and Integration in early February, Kazakh Vice Minister Kairat Torebayev said the year 2020 witnessed a 9.2 decrease in global trade, including in the largest trade partners of Kazakhstan. In the European Union, trade went down by 7.4 percent, while in Russia by 3.1 percent.

“An ecosystem for export development and promotion has been formed based on the interaction of the ministry, as the main state policy agent in this area, with other profile ministries as well as development institutions. To prevent further decline in the volume of non-resource exports, the ministry provides support to export-oriented enterprises on a systematic basis. These are more than 15 instruments of financial and non-financial support,” said Torebayev.

One of them is reimbursement of transportation costs for Kazakh producers that have the biggest demand.

“A package of amendments providing for up to 80 percent of reimbursement of costs of goods with high added value and a share of local content was adopted. Over the last year, based on the results of 18 meetings of the commission, 459 applications from 207 companies worth around 5.4 billion tenge were approved,” said the vice-minister.

Kazakhstan also launched an export acceleration program that supports local producers on their way to foreign markets. It includes consultative support and training.

Currently, there are 100 local companies present at the Alibaba platform, a major Chinese trade market.

In February 2020, the ministry organized a forum of interregional cooperation between Kazakhstan and Uzbekistan in the city of Urgench in western Uzbekistan. 34 contracts worth $431.4 million were signed.

It also prepared an exhibition pavilion to host international exhibitions and events at the Moscow-based Exhibition of Achievements of National Economy.

In 2020 as well, Kazakhstan agreed with Uzbekistan to open Central Asia International Center for Trade and Economic Cooperation. The officials expect it to become an economic and industrial hub for cooperation with other countries in the region.

This year Kazakhstan plans to organize 10 trade and economic missions and take part in two international exhibitions in Shanghai and Expo Dubai expected to bring 80 export contracts worth $100 million.