Drug laboratory closed down in Kazakhstan

In North Kazakhstan region, in a suburban settlement, a laboratory was identified where synthetic drugs known as “spice” were produced and prepared for sale, the press service of the Ministry of Internal Affairs of Kazakhstan reports. 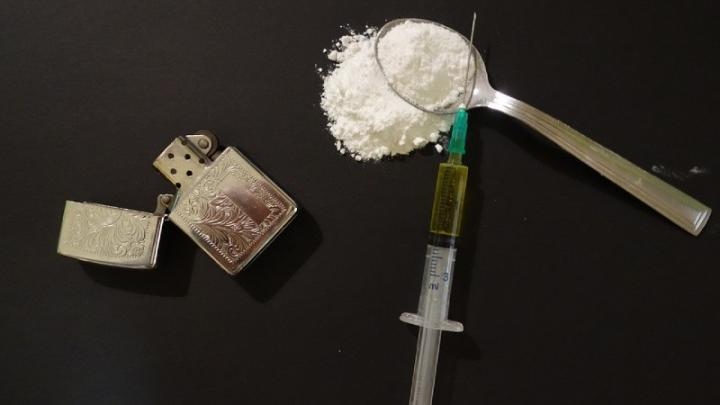 The drug production was arranged by a local resident at his home. He remotely purchased a concentrate of the narcotic substance, prepared it, mixed it with herbal preparations and packaged in doses.

During a house-check, components for the production of “spice”, five-liter polymeric bottles and a funnel with layering of synthetic cannabinoid were found and seized, which were used as a container for the manufacture of the final drug. Electronic scales, 900 thousand tenge were also seized. Operative workers seized 450 single doses of “spice”, packaged in paper parcels.

The detainee explained that he prepared and packaged drugs for personal use, supposedly he used 13-15 doses of “spice” every day.

However, investigators managed to find out, the organizer of the drug laboratory sold his goods of criminal origin in his village and to residents of nearby settlements.

Currently, the man is taken into custody. He was charged under part 3 of Article 297 of the Criminal Code - “Illegal manufacture, processing, acquisition, storage, transportation for marketing, shipping or marketing of narcotic drugs, psychotropic substances and their analogues”.

“Since the beginning of the year, police have revealed 262 crimes related to the turnover of synthetics. 85 citizens were detained, 9 kg of such substances were seized. This is about 25 thousand single doses, the cost of which on the black market is over 80 million tenge”, head of the Department for Combating Drug Crime of the Ministry of Internal Affairs Kanat Nuranov explained.

This became possible as a result of amendments to the legislation made in July this year, thanks to which all known types of drugs were added to the controlled lists of drugs.

For comparison, last year, the internal affairs authorities investigated only 138 crimes related to the turnover of synthetic drugs.

In just 10 months, the police revealed 1878 drug crimes, 1118 facts of marketing and 323 - possession of drugs on a particularly large scale. 19.4 tons of various types of drugs were seized, including 19 kg of heroin, 370 kg of hashish and 9 kg of synthetic drugs. The activity of 5 organized crime groups has been eliminated. 5 leaders and 32 of their participants are prosecuted.