Chairperson of the Senate of Kazakhstan’s Parliament Dariga Nazarbayeva held meetings with the heads of the Parliaments of Kyrgyzstan, Belarus, Oman, Qatar and Turkey within the 4th MSEAP, the press service of the Senate informs. 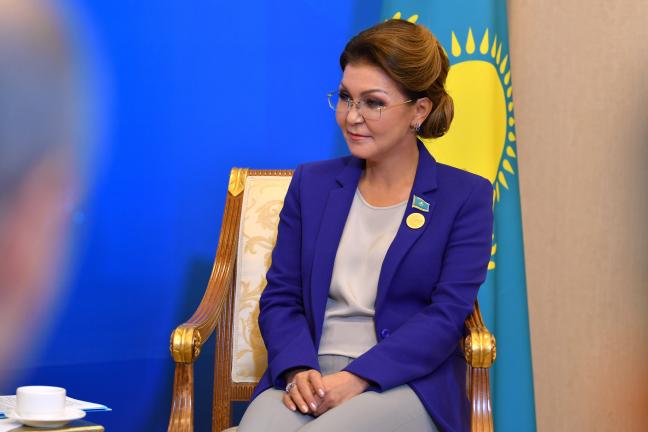 Meeting with Chairman of the Jogorku Kenesh of the Kyrgyz Republic Dastanbek Dzhumabekov, the sides discussed a wide range of issues on relations between the countries. According to Nazarbayeva, the dialogue between the parliamentarians of the two countries and the fruitful work of the Inter-Parliamentary Council are their important components. 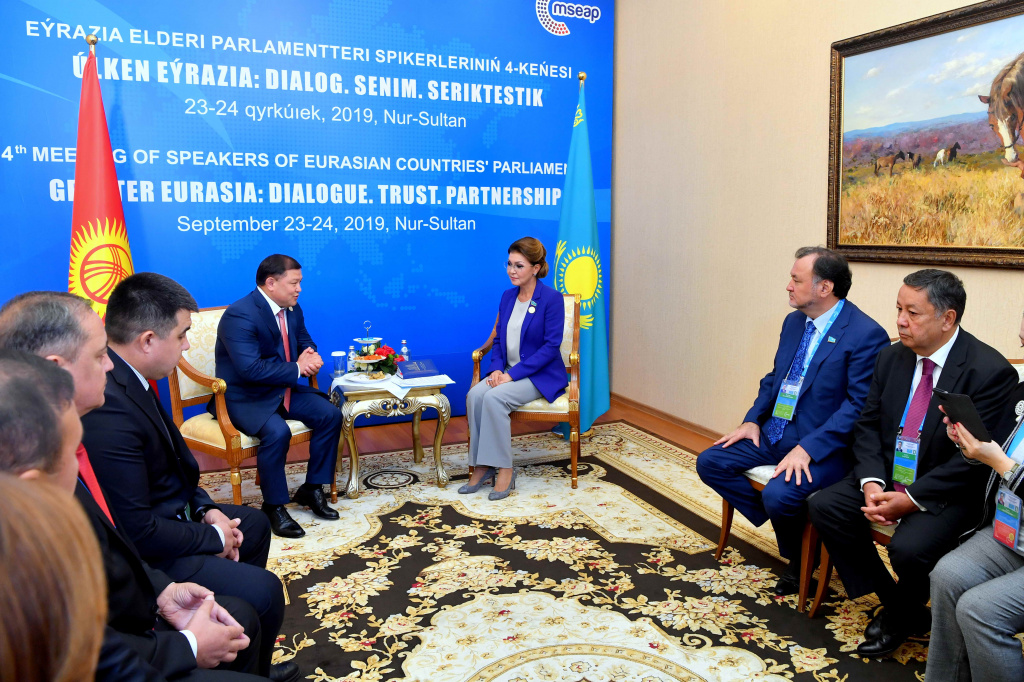 “The deep history, common language and culture are the most important factors in the development of Kazakh-Kyrgyz cooperation. I consider it necessary to continue strengthening our cultural and humanitarian ties”, D. Nazarbayeva noted.

During the meeting with Chairman of the House of Representatives of the National Assembly of Belarus Vladimir Andreichenko, Dariga Nazarbayeva noted the importance of cooperation between the two countries. V. Andreichenko emphasized that Kazakhstan is doing a lot to strengthen peace, harmony and cooperation not only in the Eurasian space, but also on the world stage. 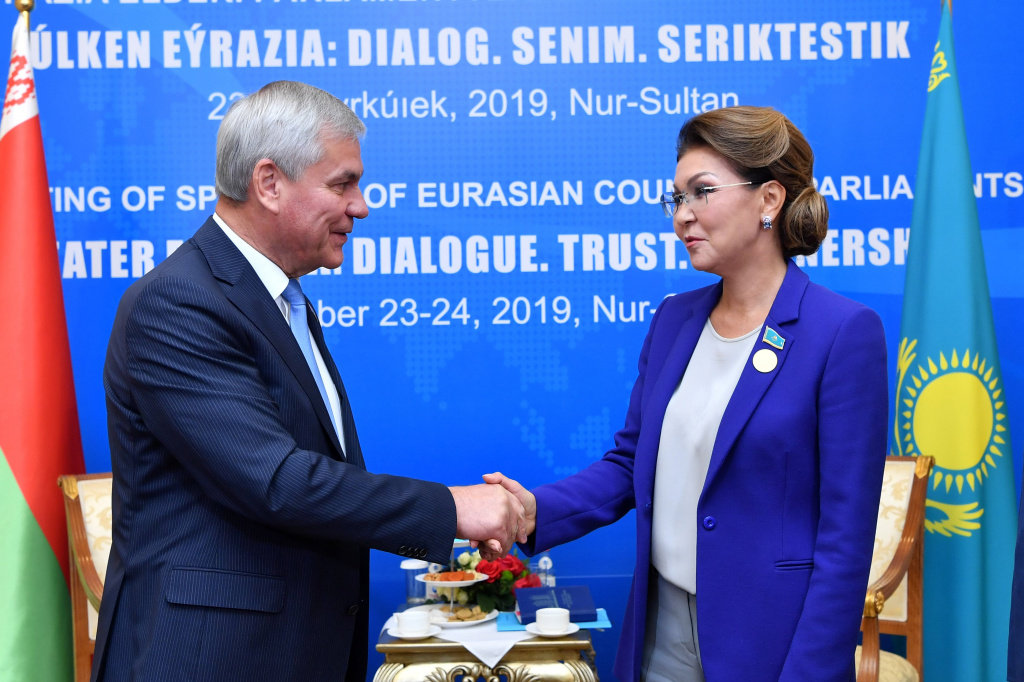 “Your country enjoys international authority. Today it is no coincidence that this kind of event is held at a high level. This is an indicator of a long-term strategy and the right diplomatic orientation”, V. Andreichenko said.

The speaker of the Senate discussed issues of bilateral cooperation at the meeting with Chairman of the Advisory Board of the Sultanate of Oman, Khalid Hilal Nasser al-Mawali. The representative of Oman thanked Dariga Nazarbayeva for the warm welcome and noted the global authority of Kazakhstan in maintaining inter-religious harmony and interethnic friendship. 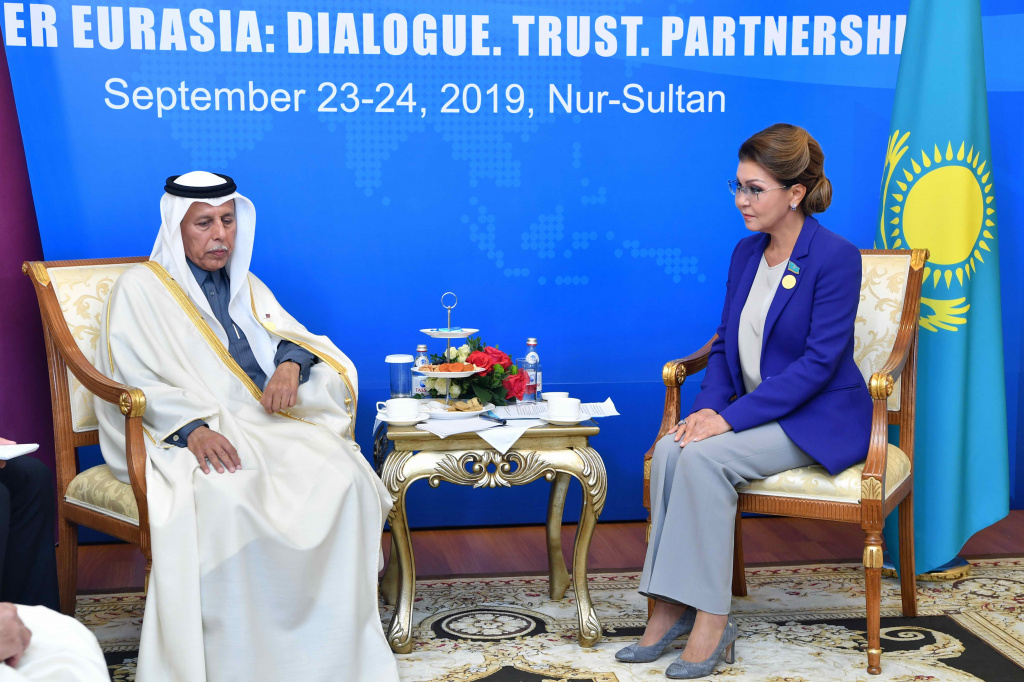 The Senator discussed the prospects for deepening Kazakhstan-Qatari cooperation at the meeting with Chairman of the Advisory Council of Qatar, Ahmad bin Abdullah bin Zayed Al Mahmoud. According to D. Nazarbayeva, Qatar is one of the most important partners of Kazakhstan in the Middle East.

“We are grateful to the Qatari side for the continued support of our international initiatives”, the head of the Senate said. 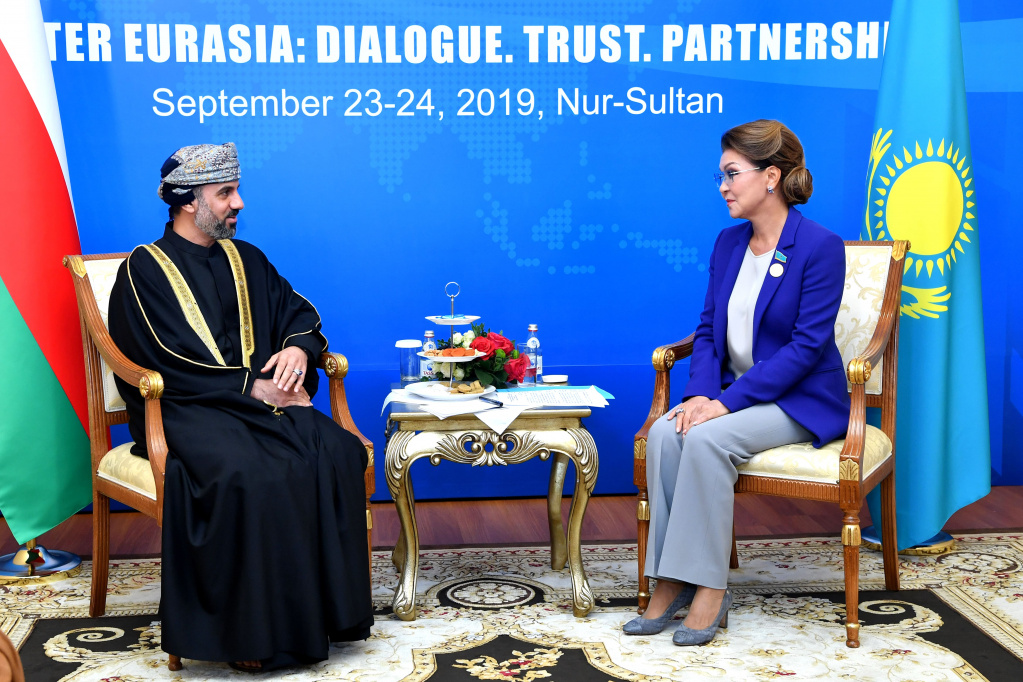 Dariga Nazarbayeva and Speaker of the Great National Assembly of Turkey Mustafa Şentop noted the symbolism of the meeting in the year of the 10th anniversary of the establishment of strategic partnership between the countries. The Chairwoman of the Senate emphasized the role of the cultural and historical community of fraternal peoples in the development of this cooperation. According to D. Nazarbayeva, the growing influence of Kazakhstan and Turkey on the processes of regional and global politics, their authority in the Muslim and Turkic world creates, among other things, new opportunities for further expansion of bilateral relations. 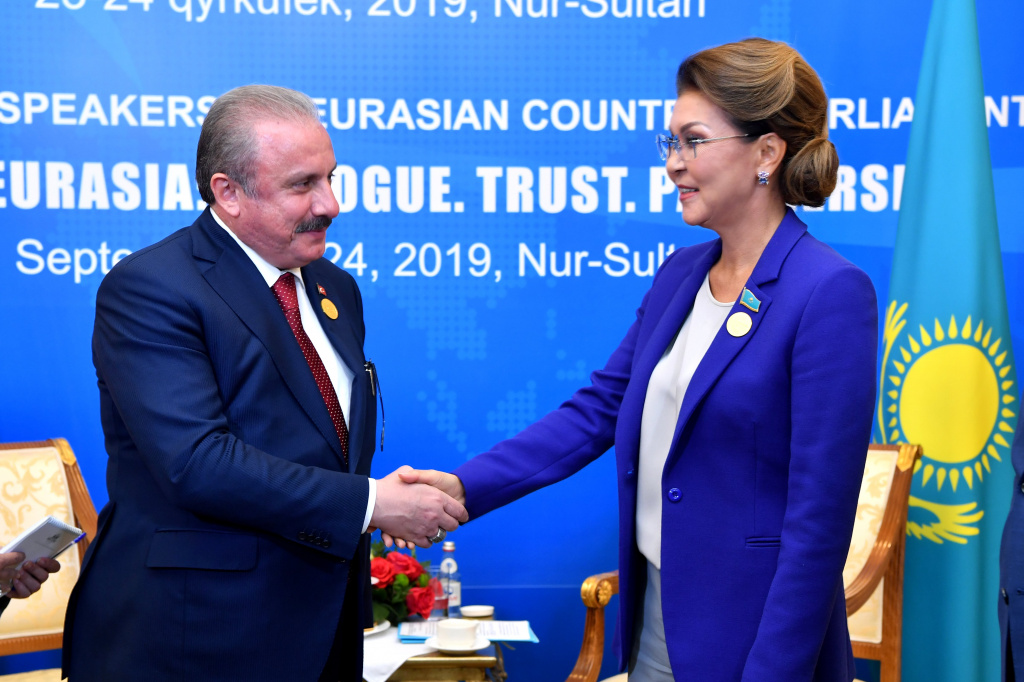