The Senate of the Kazakh Parliament conduced a government hour “Collection and processing of household and industrial waste”, organized by the Committee on Agrarian Issues, Nature Management and Rural Development, the Senate press service has informed. 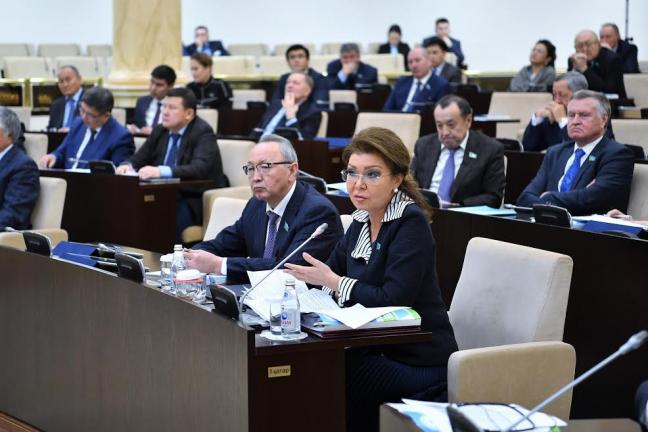 Minister of Ecology, Geology and Natural Resources of Kazakhstan Magzum Mirzagaliev, in his report, informed that under Kazakhstan's transition to a green economy the waste recycling should be up to 40% by 2030, and up to 50% by 2050. He also spoke of the Waste to Energy project, involving the burning of waste in order to obtain electricity with further transmission to electric networks, similar to renewable energy sources.

“The project will not only reduce the volume of waste disposal at landfills, but also attract investment in this area,” the minister said.

In her speech, Senate Speaker Dariga Nazarbayeva pointed out the need for a systematic approach to solving the problem of collection, disposal and recycling of household and industrial waste.

To solve environmental problems, according to her, it is necessary to develop a state program for the processing and disposal of municipal solid waste.

“Today, the ministry is working on a new Environmental Code. I wonder how, without any State programs in place, a navigator, will we adopt the Environmental Code? We already have the concept, which remained the same as in 2013. There are no further movements, although six years have already passed. You all will have to answer for it before us, and you can’t postpone these issues further,” the Senate Speaker said.

According to the Senate Speaker, it is not worth rushing to introduce a ban on the disposal of food and construction waste at landfills. Such a ban, according to the ministry, will be in place in 2020.

“It is interesting to know where we are about to put them. What do the government or laws offer to have some kind of alternative? I believe such a ban cannot be in place until it is fully worked out,” she said.

She also raised the problem of radioactive waste located within Kazakhstan, stressing that the cost of medicine does not make sense while these wastes undermine the health of citizens.

“In addition to household waste, we still have accumulated 170 million cubic meters of radioactive waste. Besides polluting the soil and atmosphere, it also kills us”.

Following the government hour, Senate deputies prepared the recommendations that will be directed to the Government.