The Melodies of Magic charity festival focuses on supporting children without parental care, and children with developmental disabilities. Chairwoman of the Senate, the Board of Trustees of the Degdar Humanitarian Fundation Dariga Nazarbayeva visited the Open space event as part of the Melodies of Magic charity festival devoted for 90 children from the Uryupinsky orphanage and pupils of the capital's Palace of schoolchildren, the Senate’s press service informs. 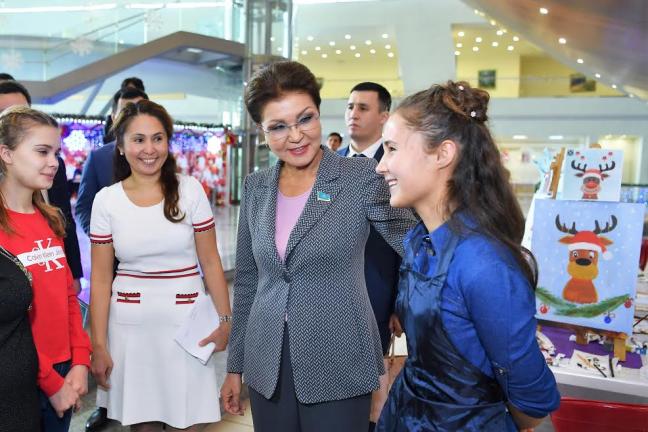 The event featured a performance of the Theater of Special Actors, master classes in painting, cooking, pottery and modern dances, and a robotics club, a virtual laboratory and a chemistry laboratory.

“I am very grateful to the teachers who do everything possible to ensure that the children's life is as complete as possible, so that it is filled with interesting affairs. Thank you very much and bow down to you,” she said.

The Senate Speaker also reported that it was decided to use the experience of the Theater of Special Actors in Petropavlovsk throughout the country and today, together with the Ministry of Culture and Sports, a project is being developed to create inclusive studios at existing theaters.

She congratulated everyone on the upcoming holidays - the Independence Day of Kazakhstan and New Year.

Within the framework of the festival, the Degdar Humanitarian Fund is collecting donations that will be directed to the needs of four rural orphanages in Akmola, Eastern Kazakhstan, Karaganda and Kostanay regions.