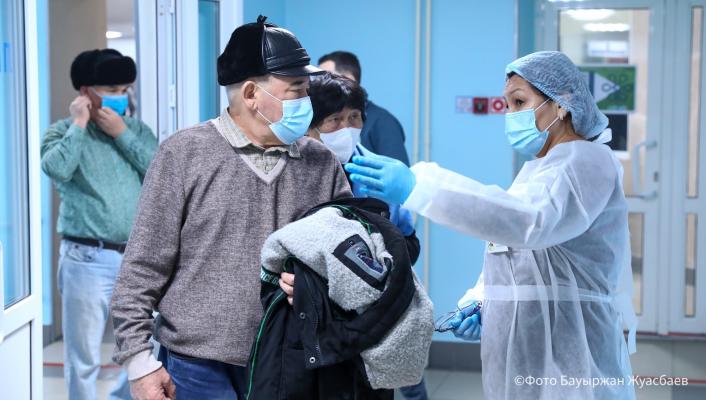 Citizens over the age of 18 will be able to receive immunization for free as part of the guaranteed free medical care package.

Karaganda Pharmaceutical Plant and the Russian Direct Investment Fund signed an agreement on January 19 to supply 20,000 doses to the Sputnik vaccine. The first supply is expected to take place January 27 to four hubs of Kazakhstan’s single distributor – SK Pharmacy Company, which will deliver the vaccine to the country’s regions based on the plan.

The vaccination in Kazakhstan will take place in three stages, said Yerzhan Baitanayev, official representative of the Sanitary and Epidemiological Control Committee at the Kazakh Healthcare Ministry.

First stage that starts February 1 will target nearly 100,000 people; among them are frontline medical workers at emergency care and intensive care units, and workers at sanitary and epidemiological services.

The second stage will begin March 1 and will include school teachers, professors and medical service workers, a total of nearly 150,000 people.

The third stage, which covers nearly 600,000 people, will include teachers at boarding schools and kindergartens, students and citizens clinically diagnosed chronic diseases.

Kazakhstan plans to administer 10 million doses of vaccines to immunize up to 6 million citizens.

“When we finish all three stages, then we will move to other groups, approximately, end of April and May,” said Baitanayev.

Unlike Pfizer-BioNTech and Moderna vaccines that use messenger RNA, known as mRNA, Sputnik V uses a human adenoviral vector-based platform with two different adenovirus vectors. According to the developers of the vaccine, which was registered in August after only phase 2 trials, its effectiveness is estimated at 91.4 percent.

The required amount of the vaccine is two doses. The second dose should be injected three weeks after the first one.

Kazakhstan also plans to produce the Russian vaccine at Karaganda-based pharmaceutical plant for further use in Kazakhstan, according to Baitanayev.

Kazakh Healthcare Minister Alexey Tsoy said the vaccination of 2 million people in the first half of 2021 may result in up to 40,000 decrease in coronavirus cases. The effect of the vaccine, however, may be hindered by the time needed to immune the body and lack of opportunity to immunize large group of population at a time.

“Similarly, the bigger the number of people covered by vaccination coverage, the lower the mortality will be and the higher the chances are to return to life without restrictive measures and lockdowns. At this point, the world has realized that the only alternative to self-isolation and quarantine is vaccination” said Tsoy.

Kazakh researchers at the Research Institute for Biological Safety Problems have also been developing their vaccine, named QazCovid-in. The vaccine is currently in phase 3 of clinical trials that included nearly 3,000 volunteers. 244 volunteers participated in the first two phases.

“We plan in the second half of 2021 that if the Kazakh vaccine passes the third phase and experts’ assessment, then it will also be included (in vaccination plan),” said Baitanayev.

At the expanded government meeting on January 26, Kazakh President Kassym-Jomart Tokayev said vaccination is the most effective and systemic measure to fight the spread of the coronavirus infection.

“People must understand that vaccination is a way out of a very difficult situation. It is important to ensure it is carried out well and in a very organized way. The analysis of readiness revealed a lack of refrigeration equipment for vaccine storage, and the most difficult situation is in West Kazakhstan, Mangistau and Turkestan regions,” said Tokayev noting his plans to receive the Kazakh vaccine.

Globally, Pfizer/BioNTech, Moderna, AstraZeneca and Sputnik V are currently in use. Kazakhstan also had negotiations with Pfizer/BioNTech vaccine producers, and Tsoy said the vaccine may arrive in Kazakhstan no later than the second half of 2021.