Italy, France, Germany, Spain and a number of other European countries again impose restrictions caused by the second wave of the coronavirus pandemic. The number of daily reported cases across Europe has already exceeded the spring figures. How do the governments try to curb the spread of COVID-19? Read in the review of the Strategy2050.kz correspondent. 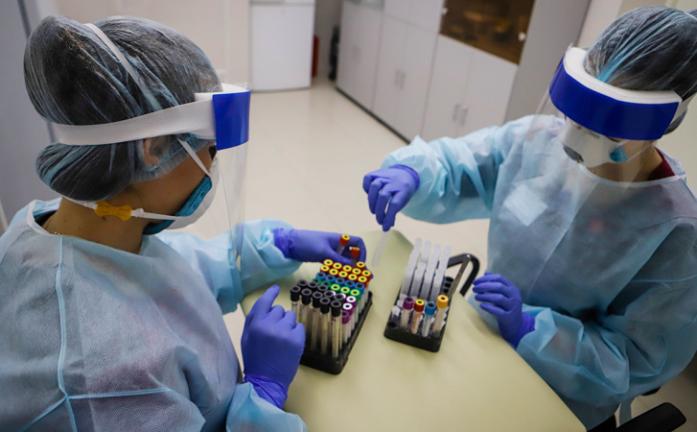 On October 7, France reported almost 19 thousand new cases of the infection per day. The French authorities try to avoid the second lockdown and place additional limits in some cities (in Paris and its surroundings (Île-de-France region) and Marseille). In particular, they returned the obligatory wearing of face masks and banned from gathering in groups of more than 10 people. Pubs are closed. Cafes and restaurants work. But they must close at 10 p.m. Visitors are obliged to leave their contacts in case someone gets sick and it will be necessary to trace the entire chain of the coronavirus infection. No more than six people can sit at the table at the same time. Those who are not eating at that moment must be wearing masks. In addition, according to the new rules, in public places it is now forbidden to sell alcohol and turn on music after 10 p.m., to organize student parties, as well as meetings, which can be attended by more than 10 people. At the same time, no more than 30 people are allowed to attend weddings. Swimming pools and fitness clubs are closed, as well. But schools will continue to work, and at universities the number of students attending full-time classes will be halved.

Italy was one of the main epicenters of the spread of COVID-19 this spring. Now the country reports figures that not surpass the spring peaks. But they cannot be called low either. On October 7, almost 3,700 infected people were identified in the country, almost 4,500 - the next day. The Italian Government tightens border controls with neighboring France, and also asks young people to stop holding discos and parties. First, the Government introduced mandatory wearing of masks in those regions where the highest number of infections were recorded. However, the Cabinet of Ministers has issued a new order, according to which, this measure applies throughout the country. According to ANSA (Italian news agency), people who are in public places without masks can be fined from €400 to €1,000. Italians take the new restrictions quite seriously and behave in a disciplined manner. It should be mentioned that the state of emergency in the country has been extended until January.

The pandemic situation is quite serious in Madrid, the Spanish capital. In mid-September, the State reported a new record - almost 15 thousand people were infected per day. As a result, quarantine was introduced in almost 40 districts with the worst epidemiological situation. Most of them are located in Madrid. The military men keep order: the parks are closed, fewer visitors are allowed to the shops.

The Belgian authorities also decided to impose restrictions. More than 50% of beds are occupied in COVID-19 treatment units. So, from October 8, all cafes and pubs in Brussels have been closed at least for a month. Only restaurants continue working. In addition, the Belgians will have to reduce the circle of close contacts to three people. It is allowed to communicate with them without face masks and keep distance. People may invite no more than four guests at their homes. This rule also applies to meetings in restaurants.

The number of cases has been rapidly growing in the country. So, on October 4, almost 23 thousand new cases were reported per day. This figure is several times higher than it was in the spring. For example, in April, during the peak, 5.5 thousand people were infected per day.

British Prime Minister Boris Johnson announced new restrictions in connection with the second wave of the coronavirus infection. He warned that they could last six months.

The Government will introduce partial quarantine in different districts depending on how the situation develops. In the northern parts of the country, the situation is much worse. London is called a zone of concern. It is not yet a “red zone”.

The main difference from the spring quarantine is that schools and kindergartens are open. The authorities say that there is nothing more important than education, so their main task is to ensure that kindergartens, primary and secondary schools continue to work. The situation with universities is different. The leadership of universities is urging to switch to online education now, because there is a very large surge of sickness among British students: about 3 thousand.

The State reported 4457 new cases of coronavirus per day. The country tops a ranking in Europe in terms of the number of cases in the last two weeks per 100 thousand inhabitants (26.8), having been ahead of Spain. The government has introduced a ban on all cultural events from the coming Monday. Theaters, cinema and indoor sports facilities will be closed for two weeks. From Friday, strict restrictions are imposed on shops and supermarkets. In particular, free Wi-Fi networks will be disabled there so that customers do not linger in cafes located in shopping centers. Restaurants and other catering establishments will close at 8:00 p.m. Quarantine is being introduced in hospitals and social care institutions.

In the Romanian capital Bucharest, the authorities have decided to close all restaurants, cafes, cinemas and theaters. However, hotel restaurants will continue to serve their guests. It should be noted that the restaurants and cinemas reopened in the country in early September. As noted, a third of all cases of COVID-19 infection in Romania are recorded in Bucharest. On Tuesday this week, 400 new cases have been reported in the capital. The new restrictions in Bucharest came into effect on October 7 and will be lifted after the incidence of COVID-19 decreases.

Starting from October 10 and preliminary until October 31, the work of restaurants, pubs and retail outlets at night is prohibited - from 11:00 p.m. to 6:00 a.m. The exception is made for pharmacies, as well as gas stations, working at night, which are not allowed to sell alcohol at night.

The restrictions will also affect the sphere of contacts at night: only five persons or people from two households will be allowed to gather, even outdoors, so it was decided to limit the number of participants in private parties and meetings: in closed rooms to a maximum of 10 people.

The size of the fine for violation of the rules has been increased and will be €5,000. The German capital reported a record number of new infections - 2,404. Prior to that, the maximum was recorded on April 11. Then it was 1,833.