COVID-19: record-high levels in Singapore, US approves booster shots for people over 65 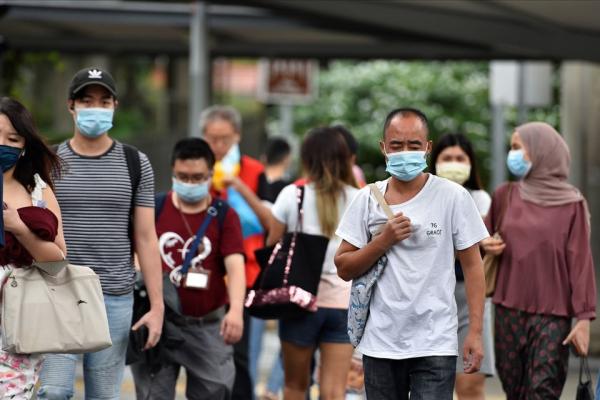 Over the past week, nearly 4 million new cases were reported globally, the first substantial decline in weekly cases in more than two months. 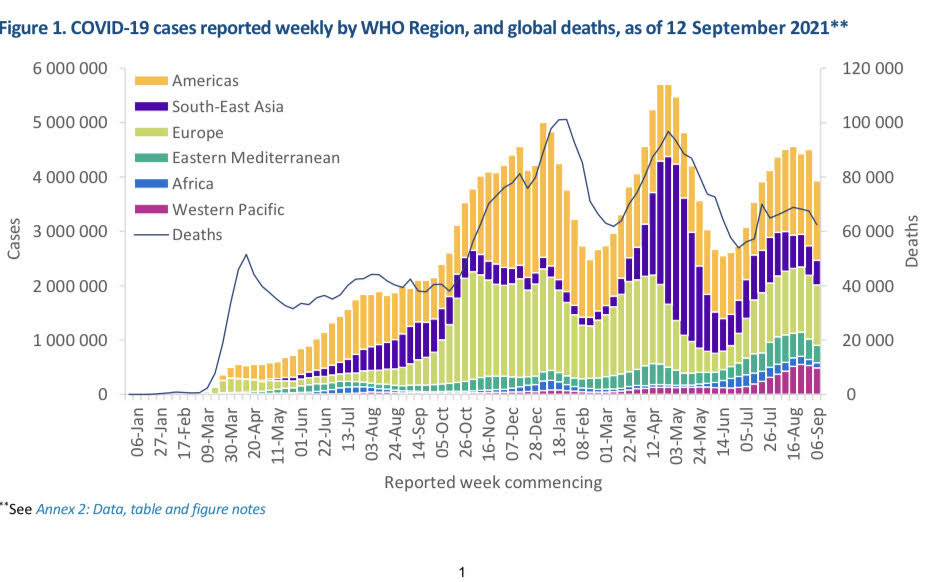 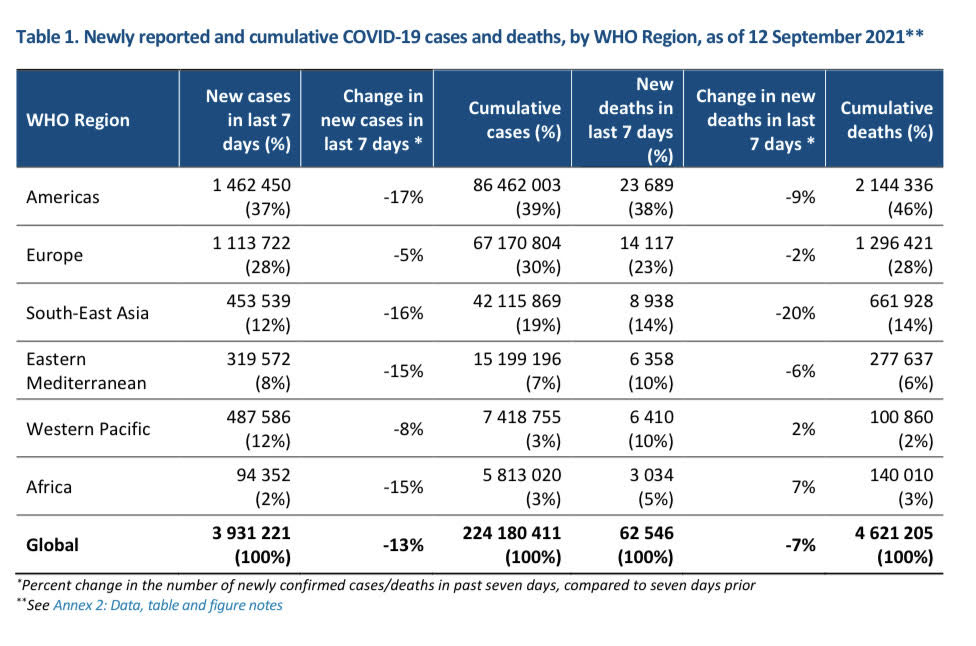 “All regions reported declines in new cases as compared to the previous week. The number of deaths reported globally in the past week also decreased as compared to the previous week, with just over 62,000 new deaths. The African Region reported an increase in the number of weekly deaths (7%), while the South-East Asia Region reported the largest decrease (20%). The American and Eastern Mediterranean Regions reported slightly smaller decreases, 9%, and 6% respectively, while the numbers of deaths reported in the European and the Western Pacific Regions were similar to last week,” said the WHO weekly epidemiological update on COVID-19.

On September 17, the U.S. Food and Drug Administration approved booster shots for the Pfizer COVID-19 vaccine for people over 65 years old and people at a higher risk of developing a disease. It rejected the proposals to give booster shots to the general public.

“I should say, in early November, we’ll be putting in place strict protocols to prevent the spread of COVID-19 from passengers flying internationally into the United States by requiring that adult foreign nationals traveling to the United States be fully vaccinated. Obviously, this is the conclusion of a policy process on that particular issue — an important one facing many people around the world,” said the Center for Disease Control and Prevention.

As of September 20, 212 million people have received at least one dose of a COVID-19 vaccine, including 181.7 million fully vaccinated.

“As of September 20, 2021, 82 percent of our population has completed their full regimen/ received two doses of COVID-19 vaccines, and 84 percent has received at least one dose,” said the Ministry of Health of Singapore.

The country has administered a total of 8,957,327 doses of COVID-19 vaccines - Pfizer-BioNTech Comirnaty and Moderna. 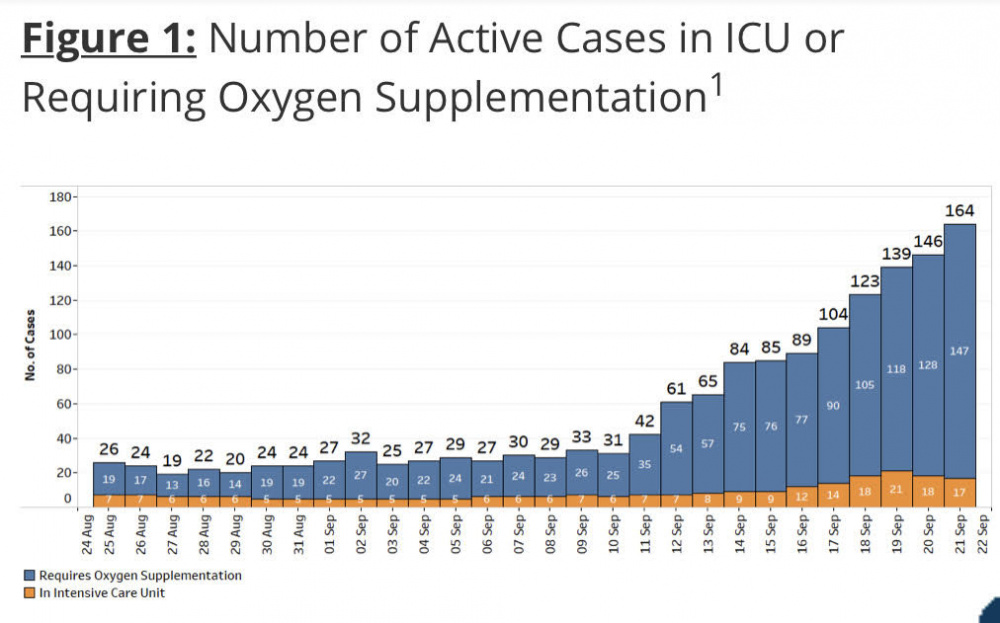 Indian officials announced that the country would resume COVID-19 vaccine exports starting from October. India, which is the world’s leading vaccine producer, had to suspend exports in April to be able to meet the needs of its own people.

The officials said they would “prioritize the global vaccine-sharing platform COVAX and neighboring countries first,” according to Al Jazeera.

COVAX is a global initiative led by WHO, Gavi, and the Coalition for Epidemic Preparedness Innovations (CEPI).

While the country plans to resume its exports, its own domestic targets are vaccinating all adults by December. So far, nearly 64 percent have received at least one dose and only 22 received the two doses to 22 percent.

Unlike the United States, Italy started giving third shots to its people, according to coronavirus2020.kz.

Nearly 3 million people who are at higher risk of developing the infection, including people with suppressed immune systems, will be able to get the booster shot starting next week.

This comes amid the government’s plans to make vaccinations obligatory.

Over the past day, Italy reported 67 coronavirus deaths and 3,377 new cases.