Countries around the world are making progress in fighting the pandemic, as many rolled out a mass vaccination campaign, including Kazakhstan that kicked off its vaccination with Russia’s Sputnik V vaccine on February 5, reports a Strategy2050.kz correspondent. 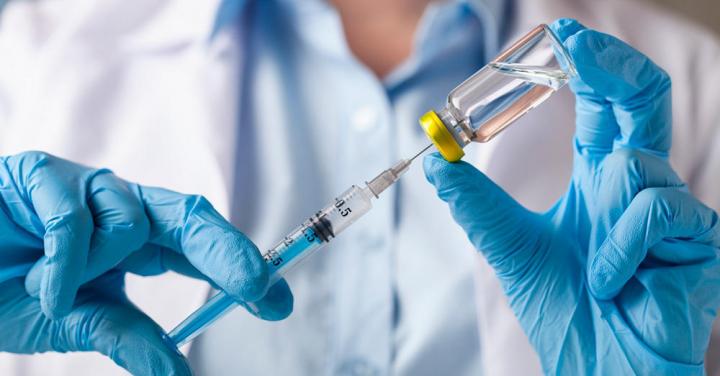 As mass vaccination began in Kazakhstan, Kazakh President Kassym-Jomart Tokayev said the vaccination is the only tool that can help slow down the spread of coronavirus infection and overcome the pandemic.

“I hope our citizens will understand the importance and necessity of vaccination,” he wrote on his Twitter page.

The vaccination on a voluntary basis began on February 1 with Russia’s Sputnik vaccine.

Kazakh citizens over the age of 18 can receive vaccines for free as part of a guaranteed free medical care package. The vaccination will take place in three stages.

But Kazakhstan plans to produce the Russian vaccine at its own pharmaceutical plant in Karaganda.

According to the information provided by the Kazakh Ministry of Healthcare, in February, the Karaganda pharmaceutical plant is expected to produce 90,000 doses of the vaccine, 150,000 in April and up to 600,000 doses monthly from April through June.

As vaccination moves forward, the QazCovid-in vaccine, developed by researchers from the Kazakh Institute of Biosafety Issues, is expected to roll out in April initially with 75,000 doses and gradually increasing to 500,000 doses. In January, the Kazakh vaccine received a temporary registration for nine months.

Overall, the country plans to administer 10 million doses to vaccinate up to 6 million citizens by the end of this year. To do so, Kazakhstan will allocate 50 billion tenge (US$117.8 million).

The vaccination is needed to develop herd immunity, said the Kazakh healthcare officials. Herd immunity, widely known as population immunity, is when a sufficient proportion of the population becomes immune to an infection, primarily through vaccination.

Though herd immunity varies across diseases and its percentage against COVID-19 is still a focus of research, Kazakh healthcare officials believe the population may develop the immunity in August or September this year.

“Based on the epidemiological assessment, it will be enough if we have six months of immunity, and it will suspend the chain of pandemic transmission during this time. This is enough for the pandemic to stop in a single country. And then, of course, all countries now try to vaccinate. This is a contribution not only in the fight against the epidemic but the pandemic,” said Alim Akimbayev, a researcher at the National Center for Public Health at a press briefing on January 27.

“At present, 42 countries are rolling out safe and effective COVID-19 vaccines. 36 of these are high-income countries and six are middle-income. So there’s a clear problem that low- and most middle-income countries are not receiving the vaccine yet,” said World Health Organization Director-General Tedros Adhanom at a press briefing in early January. “At the outset, rich countries have bought up the majority of the supply of multiple vaccines.”

He said it is vaccine nationalism that the world is witnessing referring to inequality in the access to vaccines, which “hurts us all and is self-defeating.”

“But on the flipside, vaccinating equitably saves lives, stabilizes health systems, and would lead to a truly global economic recovery that stimulates job creation,” he said.

Given the urgency of the vaccination, many countries are giving temporary or emergency use authorization for vaccines.

German Chancellor Angela Merkel said on Monday all German citizens will be vaccinated by the end of summer following the meeting with the country’s 16 state premiers and pharmaceutical companies that addressed the vaccine shortage Germany is currently facing and which, according to German Health Minister Jens Spahn, may last until April.

Germany, which reported 2,221,971 cases and 57,120 deaths, has so far vaccinated 2.3 million people, targeting priority groups that include people over the age of 80, and frontline healthcare workers.

The European Union, with a nearly 450 million population, started vaccination against COVID-19 on December 27, 2020. It has vaccinated 12.3 million so far and at the moment, the European Commission gave authorizations to Pfizer-BioNTech, Moderna, and AstraZeneca.

“Securing safe vaccines for Europeans is our utmost priority. With the AstraZeneca vaccine now authorized, 400 million additional doses will be available in Europe. I expect the company to deliver these doses as agreed so that Europeans can be vaccinated as soon as possible. We will continue doing all we can to secure more vaccines for Europeans, our neighbors and our partners worldwide,” said Ursula von der Leyen, the President of the European Commission.

The United Kingdom, which authorized its first vaccine in December, administered more than 9.3 million first doses and nearly 500,000 second doses.

While the number of cases is close to reaching 4 million in the country, the country recently ordered additional 40 million doses of Valneva vaccine produced by a French pharmaceutical company to be delivered in 2022. In an effort to suppress the spread of the infection, the UK also introduced new travel restrictions on January 29 for those traveling out and in the country, including declaring the reason for travel and increased police presence, along with previous restrictions.