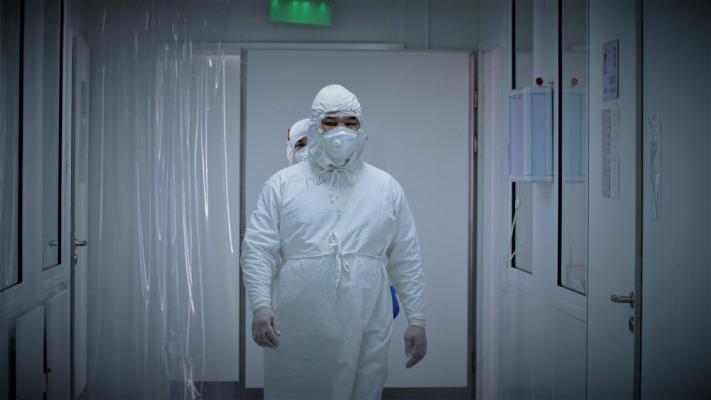 “An average of around 540,000 cases was reported each day over the past week as compared to 490,000 cases reported daily the week before. This increasing trend is largely attributed to substantial increases in the Region of the Americas and the Western Pacific Region,” said the World Health Organization in its latest epidemiological update on COVID-19.

The number of deaths is also rising worldwide with more than 69,000 deaths, a 21 percent increase compared to the previous week.

The total number of cases is close to 194 million with over 4 million deaths reported globally. 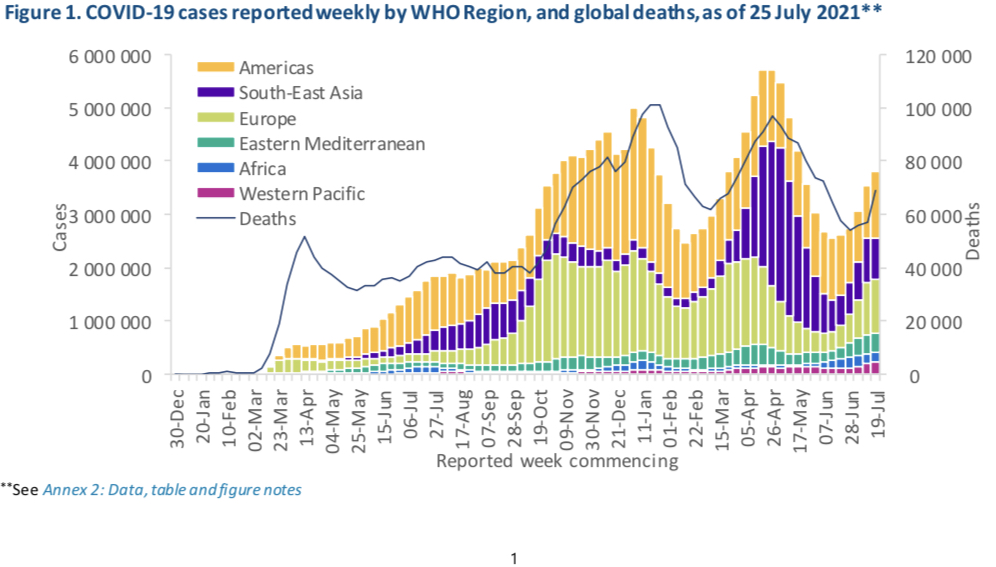 “If these trends continue, it is expected that the cumulative number of cases reported globally could exceed 200 million in the next two weeks,” said the WHO.

Deaths are particularly high in countries with low vaccination rates. According to the Our World in Data website run by the University of Oxford that accumulates all data on COVID-19 and vaccine rollout, 27.6 percent of the world population has received at least one dose of a COVID-19 vaccine, and 14.1 percent is fully vaccinated. 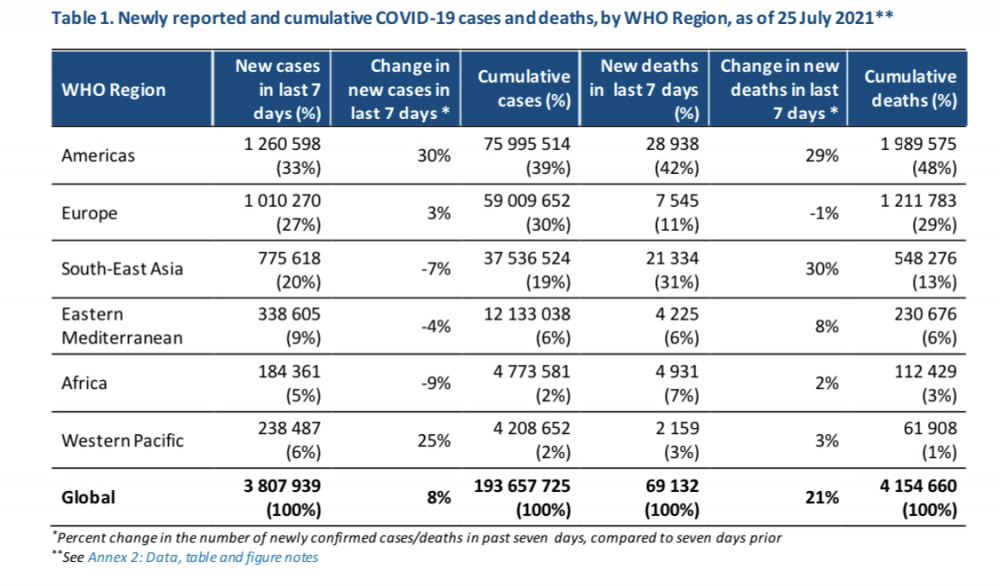 Currently, Israel is leading in terms of the share of the population fully immunized against the virus - 61.6 percent. Over the past 24 hours, it had zero deaths and one death the day before that.

The difference is tremendous, as it shows the correlation between deaths and vaccine rollout.

Experts say rising deaths were caused by the Delta variant known to be more contagious and transmissible. Delta variant, which was first identified in India in October 2020 and now confirmed in at least 132 countries, also causes greater incidence among young people and children.

Countries around the world reimpose restrictions to curb the spread of coronavirus infections. The lockdown in Sydney will be extended until August 28 and all organizations have been put on remote work mode. Cafes and restaurants work only for delivery. Citizens have been instructed not to go outside without a reason and not to travel more than 10 kilometers from home.

The French government said the fourth wave has swept across France. According to the latest figures, 6,026,115 people in France have been infected with the coronavirus and 111,725 patients have died.

Meanwhile, the Organizing Committee of the Olympic Games reported seven more cases of infection, including two athletes, bringing the total number of participants who tested positive for COVID-19 to 155.

Infectious disease experts have warned that the Delta variant could trigger a rapid surge in cases with infections peaking in early August.