As coronavirus infections continue to spread around the world, there have been more than 72 million confirmed cases in Asia and the Middle East and over 1 million deaths, reports Strategy2050.kz. 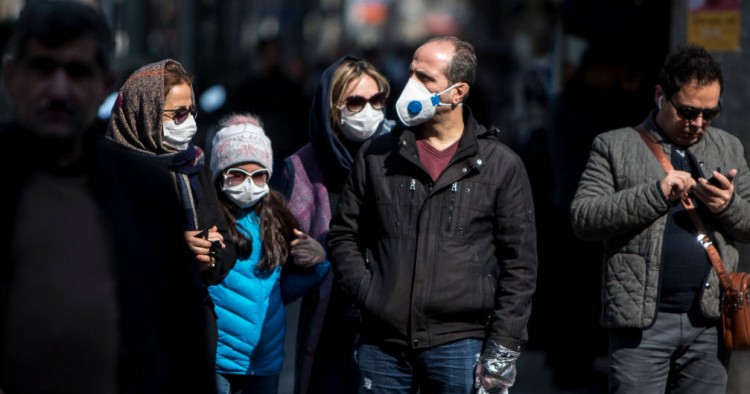 The global incidence of COVID-19 cases has remained stable over the month with over 4.4 million new cases reported in the week from August 30 through September 5, according to the World Health Organization.

Cases continue to soar in China, the epicenter of the pandemic, with several Chinese cities introducing travel restrictions. The number of cases is particularly high in the city of Xiamen of Fujian province in the southeast of China. The city is home to nearly 4.5 million people.

To curb the fresh outbreak, the officials introduced a lockdown effective from Monday closing bars and restaurants and suspending bus and train services. People are allowed to go out only for essential purposes. All kindergartens and schools will also be closed.

The outbreak in Fujian province comes only a month after the country had its highest cases since the first case was reported in Wuhan back in 2020.

As of September 14, there have been 123,544 cases and 5,687 deaths since the pandemic began, according to World Health Organization data. In terms of vaccination, 67 percent of the country’s population has been fully vaccinated. 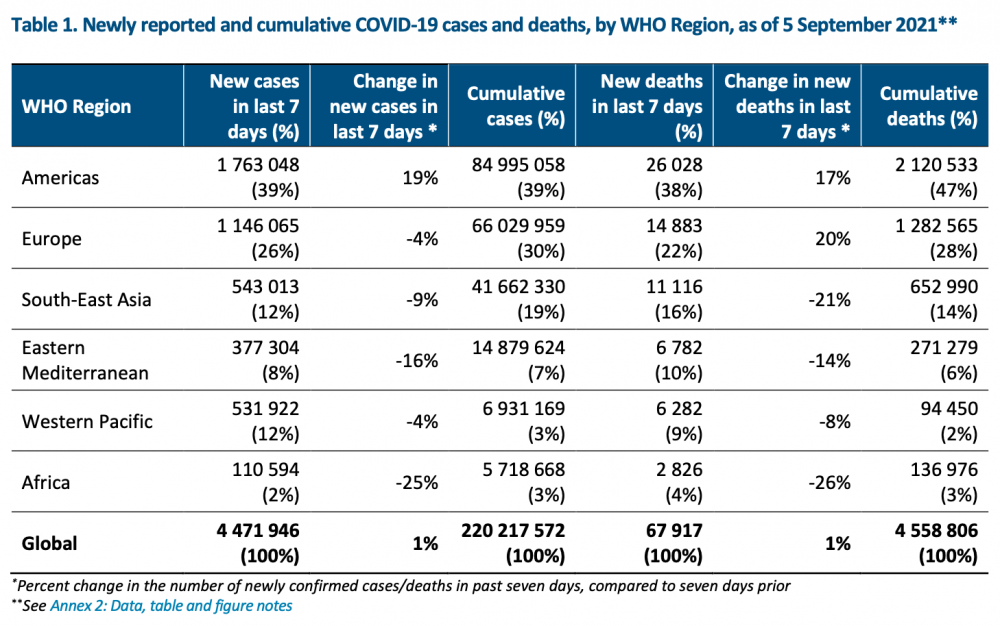 Japan had over 1.6 million cases and more than 16,700 deaths since the pandemic began. 51.15 percent of the population were fully immunized against COVID-19, according to the Our World in Data statistics.

“COVID-19 infections are decreasing in Japan, with 9,495 new infections reported on average each day. That’s 41% of the peak — the highest daily average reported on August 28,” reports Reuters agency.

After cases rose sharply in August, Japan’s lockdown was extended until September 12 from the initially scheduled August 31. But on September 14, the government officials extended the lockdown through September 31.

The lockdown is in effect in Tokyo and 18 other areas, including Saitama, Chiba and Kanagawa,, Osaka, Kyoto and Hyogo in western Japan, Hokkaido, northernmost Japan, and Okinawa, southernmost Japan.

The UAE had nearly 730,000 cases and more than 2,000 deaths. The number of infections is declining with on average around 754 new daily infections.

The country administered nearly 19 million doses. 90.5 percent received at least one dose of vaccine against COVID-19 and 79 percent have been fully immunized.

"We noticed a significant decline in COVID-19 infections in the country, which is an achievement that we are proud of and highlights the cooperation between the health sector and other vital sectors in managing the pandemic and containing its implications, in addition to the community’s responsibility that helped reduce infections," said Dr. Saif Al Dhaheri, Official Spokesperson of the National Crisis and Emergency Management Authority during a September 7 media briefing on COVID-19.

The UAE has recently allowed residents who have been fully vaccinated with a WHO-approved vaccine to fly into the country from India, Pakistan, Bangladesh, Nepal, Sri Lanka, Vietnam, Namibia, Zambia, Democratic Republic of Congo, Uganda, Sierra Leone, Liberia, South Africa, Nigeria, and Afghanistan - previously in the list of suspended countries.

“According to Empowered Group-1 (EG-1), there has been an increase in the number of children below 10 years testing positive for Covid-19 cases. Empowered Group-1 (EG-1) is formulating India’s Covid emergency strategy. Of the active cases in India, children comprised 2.08 percent of Covid-19 cases in March to 7.04 percent in August, which is seven children in 100 testing positive,” reports New Indian Express.

According to the Indian health ministry data, the country has administered more than 750 million doses since January of three approved in the country - the Oxford-AstraZeneca jab, Covaxin by Indian firm Bharat Biotech and Russian Sputnik V. Only 18 percent of the country’s population have been fully vaccinated.

More than 3 million people in Uzbekistan received a full course of vaccination against coronavirus, according to coronavirus2020.kz.

According to the Ministry of Health of Uzbekistan, 16,861,167 doses of vaccine have been used in the country. The vaccination campaign started on April 1 in Uzbekistan.