A year into the pandemic, the countries around the world still struggle to address the spread of coronavirus infection, as new challenges arise. The number of cases globally exceeded 126 million and more than 2.7 million fell victims to the virus, reports a Strategy2050.kz correspondent. 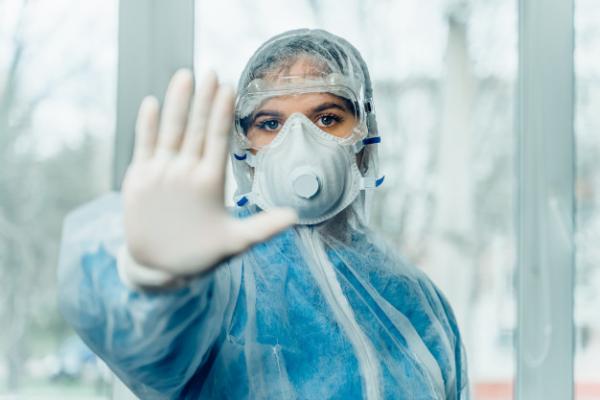 The coronavirus cases continue to rise globally and nearly 3.3 million new cases have been reported in the past week, according to the World Health Organisation weekly epidemiological update.

“A marked increase in the number of new cases was reported from the South East Asia, Western Pacific, European and Eastern Mediterranean regions, all of which are on an upward trajectory in recent weeks. The European Region and the Region of the Americas continue to account for nearly 80 percent of all the cases and deaths,” said the WHO.

No region in the world left unaffected by the virus. Brazil reported the highest number of new cases - 508,010 new cases in a week bringing the total number to 12.3 million.

The death toll exceeded 300,000, the second-highest after the United States. Brazil’s healthcare system is under the biggest strain close to collapsing.

According to Fiocruz, a Brazilian medical research institute, in 24 out of the country’s 27 states, the occupancy rate for intensive care unit beds is more than 80 percent. The vaccination, which has covered 6 percent of the population, still goes slow to prevent the spread of coronavirus infection.

In the United States, President Joe Biden promises to administer 200 million vaccine shots in his first 200 days in the presidential office. After his inauguration in January, he set a goal to achieve 100 million vaccinations which he accomplished on March 19, the 59th day in the office.

As of March 25, 87,343,622 people have received the first dose, and 47,419,832 were fully vaccinated. The first groups to get a vaccine were frontline essential workers, people aged 75 years and older, people aged 65—74 years, and people aged 16—64 years with underlying medical conditions.

The proportion of the population that needs to be immunized to develop herd immunity is still hard to assess.

"I think we should be careful about wedding ourselves to this concept of herd immunity because we really do not know precisely, for this particular virus, what that is," said U.S. top medical advisor Dr. Anthony Fauci.

The spread of new strains, particularly B.1.351 or South African, puts another strain on the effort to fight the pandemic.

“Those who became sick from the B.1.351 coronavirus variant after receiving the Oxford-AstraZeneca vaccine experienced mild or moderate illness. The B.1.351 variant has not been shown to cause more severe illness than earlier versions. But there is a chance that it could give people who survived the original coronavirus another round of mild or moderate COVID-19,” said John Hopkins Medicine in their February 27 release.

The number of cases in France is close to 4.5 million, while the number of deaths exceeded 93,000. The country ordered non-essential businesses to close and restricted people’s travel as it imposed a lockdown in its several major areas, including the Paris region.

Outdoor gatherings of more than six people were banned. The national curfew also closed cinemas and museums, as the country tries to address the spread of the B117 variant first reported in the United Kingdom.

Coronavirus restrictions are still in place, though with some easing observed in the country’s areas. From March 8, children returned to traditional classrooms and people were allowed to go outside for exercise or recreation activities.

From March 29, outdoor gatherings of a maximum of six people were also allowed.

In the meantime, anyone travelling outside England must have a valid reason to do so, including education or work, otherwise, they can face a fine of up to £5,000. All arriving passengers must also be placed in quarantine.

Similar to the rest of the world, Kazakhstan has witnessed a surge in coronavirus cases since the beginning of March.

Officials explain this with non-compliance of citizens with sanitary rules and the holidays that saw the increased social contacts between families and friends.

Kazakhstan has been reporting more than 1,000 cases daily over the past week. Over the past day alone, it registered 1,492 new cases, and most of them are in Kazakhstan’s largest city Almaty (415 cases) and capital city Nur-Sultan (346 cases).

Almaty Mayor Bakytzhan Sagintayev said the city is witnessing the third wave of the pandemic. To address the rising cases, the city officials introduced strict restrictions from March 20 that were extended until April 12.

Cafes and restaurants work only for take-out and delivery, while trade malls and centres, gyms, cosmetology clinics, cinemas and theatres suspended their works.

The official hope the new measures will help flatten the curve and address the emergence of new variants in Almaty, which was confirmed by the city’s chief sanitary doctor Zhandarbek Bekshin on March 26.

“The virus is different now, not like the one we have been used to since last year. Bekshin reported this week that a British variant had been detected. If you look at the reproductive value, how quickly people get infected, if it was 1:1 for the Wuhan virus, now it is 1:5 and 1:7. It is very contagious, people get infected faster and the consequences are very severe," said Sagintayev.

On March 26, Kazakh Minister of Healthcare Alexey Tsoy visited Almaty, where he took part in the meeting aimed at discussing the city’s fight against the pandemic.

He stressed the importance of increasing the capacity of hospitals, developing the response algorithms to increasing coronavirus incidence, ensuring the additional supply of vaccine and medicines.

"At the beginning of March, we received 10,800 doses of the first component of the vaccine. We vaccinated medical workers, teachers, and police officers. We are expecting a large volume of the vaccine in April. It is Sputnik V. We have a quota of 65,000 doses for April. But yesterday I talked to the Prime Minister, where we said that 65,000 doses are not enough for Almaty. Given that we have a growing infection rate, we need to increase the quota, which the Prime Minister agreed to," said Sagintayev.

He said mass vaccination can help address the worsening of the epidemiological situation.

“Restrictive measures alone will not get us far. We have been practising these measures for a year. We announce a quarantine, or a state of emergency, or a hard lockdown, but we see that the virus mutates, and new strains appear. Only the vaccine will save us, so I urge you to show understanding when mass vaccination begins. The faster we develop a collective immunity throughout the city, the faster we will get back to normal lives,” he said.

Nur-Sultan has also witnessed soaring coronavirus cases, the second-highest daily rise after Almaty. For the past two weeks, the city has been in a high-risk red zone, according to the ministry’s matrix of epidemiological situation.

City’s chief sanitary doctor Sarkhat Beisenova warned of the possibility of stricter measures if the cases continue to grow.

“150 to 280 cases are registered daily. The incidence rate per 100,000 of the population is 121.1, while R0 value is 0.92,” she said. “Over this holiday week, the number of infected, contacts with infected patients, increased by 10 percent that is from 500 to 735 people, which shows city residents do not comply with quarantine measures.”

While in Almaty, Minister Tsoy announced an additional supply of 3 million doses of the Chinese Sinovac vaccine and 1 million doses of Sputnik light vaccine, a one-shot vaccine, which, according to the head of the Russian Direct Investment Fund (RDIF) Kirill Dmitriev, could serve as a temporary solution for countries amid a coronavirus spike.

Kazakhstan is currently in negotiations with Pfizer, said the minister.