Clean energy technology is becoming a major new area for investment and employment – and a dynamic arena for international collaboration and competition, said the International Energy Agency in their World Energy Outlook 2021. 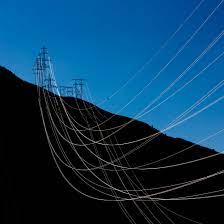 The annual report noted the increased rate of the development of renewable energy sources, despite the consequences of the COVID-19 pandemic that still put a heavy burden on countries around the world.

"The new energy economy will be more electrified, efficient, interconnected and clean. Its emergence is the product of a virtuous circle of policy action and technology innovation, and its momentum is now sustained by lower costs. In most markets, solar PV or wind now represents the cheapest available source of new electricity generation," said the report.


The energy industry has seen rising prices for natural gas, coal, and electricity, and though the renewable energy sector has made real progress last year, in 2021, this progress is countered by the rebound in coal and oil use, and the second-largest annual increase in CO2 emissions in history.

"Public spending on sustainable energy in economic recovery packages has only mobilised around one-third of the investment required to jolt the energy system onto a new set of rails, with the largest shortfall in developing economies that continue to face a pressing public health crisis. Progress towards universal energy access has stalled, especially in sub-Saharan Africa," said the IEA in the report.


As the COP26 Summit comes in November, the experts believe that the energy sector should get at the center of the solution. The sector has already contributed almost three-quarters of the emissions that pushed global average temperatures 1.1 °C higher since the pre-industrial age.

Many countries around the world, including Kazakhstan, have pledged to achieve carbon neutrality, and if achieved, this could spark a decrease in carbon emissions,

Over the period to 2030, low emissions sources of power generation account for the vast majority of capacity additions in this scenario, with annual additions of solar PV and wind approaching 500 gigawatts (GW) by 2030. As a result, coal consumption in the power sector in 2030 is 20% below recent highs. Rapid growth in electric vehicle sales and continued improvements in fuel efficiency lead to a peak in oil demand around 2025. Efficiency gains mean that global energy demand plateaus post-2030.

The successful pursuit of all announced pledges means that global energy-related CO2 emissions fall by 40% over the period to 2050. All sectors see a decline, with the electricity sector delivering by far the largest. The global average temperature rise in 2100 is held to around 2.1 °C above pre-industrial levels, although this scenario does not hit net zero emissions, so the temperature trend has still not stabilised.